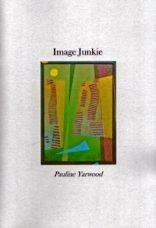 This pamphlet, Pauline Yarwood’s first I think, achieves the enviable trick of working beautifully as a whole text without being narrowly thematic, making it a very engaging and satisfying read. As with all good collections, individual poems have resonated more strongly each time I’ve read it.

Literate and self-questioning, the poems range widely within cultural landscapes familiar to those of us who grew up in the 50s/60s (though the work has a clarity that would not, I think, exclude other readers). Freud, Trotsky, parents involved in World War II, characters from Under Milk Wood and the Heimlich manoeuvre all feature among the references; but these never detract from the emotional tug and economical language of the poems. Yarwood is agile in bringing together the colloquial and the profound. As a reader from the same era, I felt at home in ‘The Left-Wing Coffee Bar, Manchester’ with its Cona coffee, Black Russian cigs and discussions of de Beauvoir et al, and with the final observation:

Yarwood explores issues of image and identity from unexpected angles. The collection starts with a two-part poem, ‘Spoils of War’, about the moment of disillusionment when a father, at first described as a gentle man-god, is revealed to have taken ‘spoils’ (a pair of binoculars) from a dead German soldier. The idolised father, who “took me tiddler fishing,” now has to be understood in another way. It’s not a new idea of course, but the poem’s final turn is quietly breathtaking – the appropriated binoculars representing a new way of seeing all the dark, carefully hidden potential of a real human being who has lived through war, subtly implied in his “spring-coiled leather belt” and “pressed white handkerchiefs.”

There are other powerful adults in the childhood poems: a gran so “wrapped in loss” that she uses words to devastating effect:

Taking on roles such as Flaneuse and photographer, Yarwood pursues an often uneasy quest for identity. In the title poem, she uses a camera to seek “spaces I could fill” and finds some kind of answer in her subjects’ abrasive response to the intrusion:

Humour often enlivens the self-questioning. I loved ‘Interior’, a witty account of a visit to Freud’s Viennese apartment. Will the poet find answers here? Not really! Instead she riffs on the tropes of psychoanalysis, from the locked apartment door as “your repressed unconscious” to final disappointment (“hysteria”) via a marvellous stanza at the desk where bags and coats have to be handed over:

I also enjoyed the poetry bore in ‘Basking Shark’, an Ancient Mariner at the supermaket desparate for literary conversation, “a real Polly Garter”, who could “swallow (her unfortunate victim) whole”.

Achieving a very different tone, ’Clinical Notes’ is another high point for me. It’s a freeform sonnet (is there such a term?), confidently using the fourteen line structure to give increasing weight to the poem’s narrative thread. A suicidal patient’s story is pieced together from a reassembly of his shredded hospital notes. We are never let off the hook of the brutal facts (his death through probable negligence), but the shredded notes act as a sustained metaphor leading us with really telling effect to the final couplet

You might argue that this this is “telling, not showing”, but for me, the way the poem works on more than one level gives it permission.

And Yarwood’s work is certainly not lacking in “negative capability” – which I (usually) take to mean… well… those moments when a poem seems to lift off the page and take one somewhere that seems wider, more exciting and echoing than the box of words it came from. ‘Continuum’ does this for me. It’s set in a riverside garden, and again Yarwood is very successful in moving the specifics of this place onto another level of possible significance. The poem starts with a consideration of whether one can give a precise timing to an event or memory, then deepens as it goes. The speaker is “speared by memory that shifts and distorts” and shifts into a day when

I can see this garden next to the river, smell its marsh marigolds and wild garlic, feel the pull into the unknown at its unbounded margin.

True to the theme of a quest for identity, the book ends with ‘Hunters’. This offers a new take on ekphrasis, poetry written in response to another work of art. An arty wall calendar contains “every year the predictable January Breughel.” The over-familiar image is re-interpreted as a scene full of dark portents and unnamed threats connected to the opening af a new year:

This is a pamphlet that’s going in my open-fronted box of poems to read again. It reminds me of what poetry can do when it’s confident enough to know some, but not all, of where it’s going, and not to try too hard. I hope that there will be a full collection from Pauline Yarwood before too long; I’d very much like to find out what she does next.