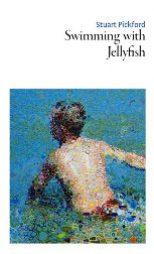 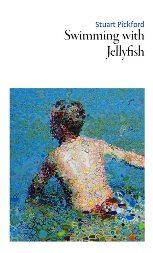 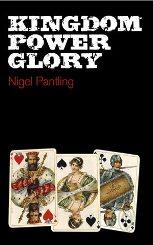 Reading these two male poets alongside one another has been both exhilarating and challenging. Born just a little over a decade apart, they speak with robust masculine voices from a physical core where strength, courage and quick-thinking/decision-making have been required. Both are now associated with professional worlds where mental agility takes precedence. Pantling, a former soldier who served as an officer in Northern Ireland and other conflict zones, has been private secretary to Ministers in the Home Office during the most turbulent years of the Thatcher Government. A merchant banker in the 90’s, he now advises chief executives of companies on strategy. Themes from these areas feature in his poems. Pickford, on the other hand, an English teacher in Harrogate, runs, climbs, and swims, activities which are woven into his family relationships, and his interface with the wider world.

In my readings I have found a few commonalities and relished the many differences. Both write from an unashamedly personal ‘I’. There is a kind of laddish humour shared by both, perhaps, slightly more evident in Pickford. He delivers a frank and humorous history of his life in contraceptives beginning with None at first. We started with tickling, / ended counting off days. Then condoms. / As nervy about Fruit Cocktail Flavour / as buying you that G-string, the size / of an eyepatch and half as attractive. (‘My Life in Contraceptives’) He takes us through five delightful stanzas listing The cap? Strictly for the shower. / The coil? Like making love to a wire brush and finishing with an unplanned, but welcome ‘accident’ when the wife tells him she thinks she is pregnant. Though experiencing signs of middle age, his response and her riposte are so unashamedly entertaining:

Pickford’s conversations between men ring with masculine authenticity. On a walk in the Lake District, he is surprised in the middle of peeing, by a dead sheep landing beside him. The poems ends with a post-mortem between companions. (‘Morphic Resonance’)

In the second poem in his collection Pantling’s ‘lad’ is a young officer on his last day before leaving for Belfast. He shows off his marksmanship in a shooting gallery at a carnival:

In a stunning display of shooting skill, he knocks down all six: toy tin duck by toy tin duck then turns to his companion and winks. With nicely-drawn irony, the poem ends as the ducks complete their loop and come back up again smiling, good as new unlike what may await the soldiers he will lead the following day. (‘Duck Shooting on Clapham Common’)

On a starker note, Pantling stands with his troops as a chaplain addresses them before their departure to Northern Ireland. He notes: My soldiers are too distracted by the swirl of skirts in the street / beyond the parade ground to worry if we are. in fact / at war, / or whether God will defend them, in the event of a court martial. (‘Church Parade’) This charming detail is dropped into an otherwise sombre and otherwise sombre poem which concludes: As my soldiers fall out to earthly pleasures, I ask the Chaplain / by which side of the religious divide God prefers them to be shot. The way in which a bitter irony is laced through with an even more bitter humour is a feature of this poet’s work.

Here is where these two poets part company. There is a homey-ness about Pickford’s poems entirely absent in Pantling’s. This is a poetry of family, memory and relationships: narrative poems delivered with warmth and style. Scenes between fathers and sons, mothers and sons rich with insight and free from sentimentality are portrayed here. Pickford addresses birth, life and death with unshirking physicality, turning a candid eye on the vulnerability of the human body male and female.

The opening poem sets the tone with its delicate blend of joy and sadness:

He goes on to muse on how the body may be tattooed with scars … the skin loosening… but concludes with the mind’s cool and smiles … your skin sings. (‘Skin’)

There is wry humour in poems such as ‘Duchy Grove’ in which he imagines introducing God to his neighbourhood: I take God by the hand to meet my street. It is filled with daring playfulness as he describes God as having tripped on roller blades in someone’s yard. He chats to the deity about adulterous neighbours as they amble along together, share a cold beer or three.

While Stuart Pickford is a master of the light touch, a sequence of 9 poems describes the late pregnancy, signalled earlier by ‘My Life in Contraceptives’. The preparation, birth and response of the older siblings make a moving and entertaining sequence, including the poet reluctantly surrendering his study to create a nursery, decorating it and conjuring in marvelous detail, the new baby son: (‘Nursery’)

There is no attempt anywhere in this sequence at specific form; stanzas are of uneven lengths, but each poem is perfectly controlled, not a word out of place, not a false note. The same can be said for a sequence focused on life in Australia. Individual pieces about the personal care of an elderly father:

And referring to his own fathering, the unforgettable lines: …Tonight as I drive out of town, every rec / is haunted by a dad watching his son. (‘The End of George’s Last Football Season’)

In contrast Nigel Pantling’s collection is smart, tough and slick. Though serious in its intent, it remains enjoyable despite disturbing details from the worlds it unveils. The book is divided into three sections, each of which represents a particular phase of the poet’s working life, headed with the matching word from the title. The opening poem in ‘Kingdom’, sets the theme for the first section: soldiering in Northern Ireland. The ‘scientific’ soldier comments coolly on the mathematics of weaponry, using Galileo’s definition of the parabola to illustrate his point: …He proved that a projectile / falling under gravity /followed a parabola. (‘Parabola’) This poem derives its power from the path of the ‘projectile’, a metal canister fired from the barrel of a self-loading rifle, to its target, a mathematical build-up to death:

Rich in metaphor and history, the poems in this section gleam with authenticity. An officer investigating a strange sound, opens the door to an interrogation by his sergeant and finds himself looking at a boy, already bleeding: Referring to the Battle of the Boyne, the poet writes: He stares at me across four hundred years. (‘In the Interrogation Centre’) In a deft use of metaphor, an incident in the Ardoyne is set within the time frame of a test match in cricket:

The second section, ‘Power’ is set in the Home Office and is a lively sequence of situational sketches and caricatures of Home Office procedures and personnel. The four caricatures are short—12 lines, but full of cogent detail. ‘Speaking Truth Martha’ may look like your grandmother, / but her logic is a razor, her analysis spiky. ‘Speaking Truth, Hector’ is the Mary Poppins of the office /dropping into tricky job after tricky job /whenever political priorities shift.  Each character evokes a chuckle or a gasp of recognition.

In the final section, ‘Glory’, taut, clever poems cut across process between individuals in and out of meetings, official or business. It would be easy to dismiss this high-flying business world as fallow-ground poetry, but Pantling makes it work.. Even when his tone seems mocking, there is huge insight and a sense of underlying compassion. The final piece is a conversation between the poet (probably), and an arborist who is pruning his plane tree. Each of three stanzas begins with a spoken line from her past: I used to be in H.R. in the City… But I wasn’t ruthless enough, … I could see the human consequences. It is apparent that Nigel Pantling does as well.

Less successful was a found poem, which, though chilling in its content, did not have sufficient wherewithal, in my view, to qualify as a poem in its own right. (‘Instructions for Opening Fire’, epigraph: From the “Yellow Card’ issued to every soldier in Northern Ireland.) A set of instructions, no matter how interesting, seems to me to require an additional dimension. I would say the same about a list of names in memory of 12 City firms and 12 City churches that have been abandoned/demolished, fallen prey to time and/or the economy. (‘Lost to God and Mammon’). Love the title; might have edited out the poem.

Two terrific poets, two really compelling, but entirely different books. Although the warmer, more familiar world of Pickford has more ready appeal for me, the novelty of a fly-on-the-wall view of less familiar territory has its own attractions.