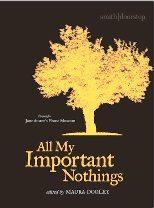 How can one compile a collection about Jane Austen? Ruth Valentine comments on the success of such an anthology, edited by Maura Dooley

How do you write a poem about Jane Austen? You can’t rewrite the novels. You can’t compete: not in wit, in irony, in social observation. But your friend, colleague, the poet-in-residence at Austen’s former home, asks you to contribute to a pamphlet: to express something of [your] own connection, the jacket blurb says.

You can address one of the characters. Thus Abigail Parry, in a dizzying round of rhyme and anapaests and alliteration that seems oddly appropriate:

You can quote, of course. Zaffar Kunial uses the letters, and the signature JA, to riff on his mother, another JA, and language and pronunciation. Austen has mis-spelt laburnum:

In some ways these are the most interesting contributions: the ones that start with Austen but are not constrained by her. Paula Meehan starts with children dressing as characters in Persuasion, but ends far more darkly. Jackie Kay’s movingly addresses the late Julia Darling:

But you can’t celebrate Jane Austen in complete gloom. Blake Morrison’s epigraph is the brisk warning from Pride and Prejudice: ‘I wonder who first discovered the efficacy of poetry in driving away love!… I am convinced that one good sonnet will starve it entirely away’. His own sonnet, in the voice of Don Juan, wittily laments the unseducability of Lizzie Bennet:

Imtiaz Dharker meanwhile takes on the voice of an Indian busybody, commenting on Austen’s private life.

All sixteen poems more or less explicitly assume a knowledge of Austen’s work and/or her life. They are for the fans, the readers whose memory of the books is affectionate and piecemeal. The hardline Janeites (do they still exist? They used to be army generals and Tory politicians) may not be impressed, since only the Word itself will satisfy them. Hardline poetry readers equally may be disappointed that not all the contributions meet their exacting standards. The visitors to Chawton will be delighted.