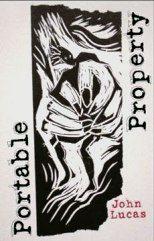 There are two ways in to this collection. The first, starting at the beginning, introduces George Crabbe as he revisits Aldeburgh, and the second, if you start at the end, offers an update on the evolving gripes of Thorn Gruin, who is declining a royal invitation. Whichever you choose, the centre-piece is a longish contemporary Don Juan in Byronic stanzas recording Don Johnson’s setting-out as Restaurateur in Beeston, Nottingham, which was first published in ‘A Modern Don Juan’ by divers hands, edited by Andy Croft & Nigel Thompson just over a year ago. A different tone is emphasised at the start in a list of Shoestring ‘makers’ for remembrance, followed by a collection which pays tribute to writers of the more distant past. So, if historical-academic, post-modernist-traditional and grumpy alter-ego succumbing to the dictates of age (or the age) is what we’re to call home, then it’s all very close to home.

In fact you could hear the early Gruin back in the 1990s, first as a street-fighting ‘skin’ in a Thom Gunn pastiche and then as an apologist for his early ‘birds’ before he later began to wax political and perhaps to say things the poet felt unable to voice quite so directly:

In the earlier poems he seldom wins and is sometimes caught out (cf Thorn Gruin’s Journey South, 2000); but now, eighteen years on, he’s much more like John Lucas, quoting poets and ancient texts, celebrating jazz and swearing himself in as an old-fashioned (now new again) socialist:

The mariner, we’re told, is Elizabeth Gaskell’s, who was complaining about Royal Navy impressments on grounds of national need. Once described by the late Herbert Lomas, always a fine and fair reviewer, as ‘the real thing’ in contrast to ‘Sunday-paper celebrities’, Lucas is bound to present something of a challenge to the status-quo, and in any case, like old masters, the truly ‘grumpy’ are seldom wrong. There’s also plenty of evidence of the use of direct speech (often as direct quotation), what Anne Stevenson has called ‘economic naturalness’; but in the latest book it is more often at the service of a glum seriousness or even pathos, as in ‘Mouse’s Nest’ which draws on Gilbert White’s letters of 1767, or the diary of one 1768 parson who repaired a cat’s broken rib using a pen-knife and Friars Balsam:

Here and in the opening George Crabbe poem, the traditional forms and a hugely extensive vocabulary take a break while the people speak. ‘The Rev George Crabbe Revisits Aldeburgh’ is a rewrite of a sonnet in ‘Flute Music’ (2006) in which the original ending is ditched in favour of a couple of Crabbe’s notebook entries:

Lucas is mainly interested in Crabbe’s training as an apothecary before entering Holy Orders. The later version of the poem opens out and goes on opening as Crabbe is pictured staring at a rising sea. What price the comfort of the cloth against torrents that made ‘Peter Grimes’ or even the more ambivalent ‘effluvia’:

We might be exploring a manifesto here, or maybe the nature of art and its place in ordinary affairs, and if we stick around we can hear Mrs Mounter as she sits (at the Breakfast Table) for Mr. Gilham in 1917. Two sonnets reveal her need to be getting on with the chores and duties of her daily round, visiting those bereft, alongside his concentration on a wall-panel he chose because its tints echo her eyes’ blue. In ‘Realism’ Dickens’s love of townscapes surpasses concern for the details of natural flora, and in doing so donates a book- title:

The book is also characterised by further examples of what, here as in the earlier ‘Flute Music’, are referred to as ‘A Set of Briefs’ which combine personal musings with wider concerns, their sentiments for the most part explained in the longer and nicely pitched ‘Cormorant’:

The poem’s parting shot is perhaps a publisher’s take on a scene not unlike the one provoking Thorn Gruin’s barbs:

Which leaves possibly the best (or certainly the most entertaining) until last. ‘Don Johnson, Restaurateur’ is a tour-de-force that goes a long way towards carrying the rest on its own. Wearing considerable learning very lightly and understating the serious points about one man’s rise to fame and fortune, it’s guided and guarded by a forceful narrator who later makes no apology for his own excesses when he explains that I like to speak and lucubrate my fill. Even at the outset, after a sideswipe at ‘holy rollers’:

Unsurprisingly, it’s a narrator who slips easily into buried or not-so-hidden allusions to great works which never disturb the near-picaresque roll:

And a little later, in a demolition of the old St Pancras station and its bar, The Shires, all en route to the joys of running a first bistro in Beeston:

A couple or three different zeitgeists are visited along the bistros’ primrose paths to a kind of paradise (favourites ranging from Ken Collyer’s Jazzmen to the godlike Brian Clough get free nosh) and we also take in some (these days) wildly inappropriate stereo-typing which the eighteenth century did so well. These evolving restaurants swallow busty Cheryl as partner before she escapes with iron-pumping Kurt, the head-chef, and then entrepreneurial feminist Tory, Sue, who, after an amusing cross-purpose misunderstanding about fusion, disappears at the first hint of social equality. All this allows the narrator some asides taking apart the ’eighties Tories we know so well – all good clean fun, then. But there are no ‘spoilers’ here. To find out how it ends you’ll have to read it. Lucas’s handling of the Don Juan stanza-form alone makes it worthwhile, and anyway, for all I know, he probably wrote it for a bet over a pint or two in a jazz bar.