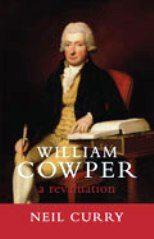 For a long time William Cowper’s reputation has suffered from the widely-shared assumption that he is, as the title of David Cecil’s hoary old biography had it, The Stricken Deer. That the phrase was Cowper’s own – it occurs in Book 2 of The Task – hasn’t helped matters. Cowper, born in 1731, suffered as an adult from a series of debilitating breakdowns, self-harmed (he seems to have tried to castrate himself), made several attempts to commit suicide, was for a period confined to Bedlam where he had occasionally to be put into a straitjacket, and, when he died in 1800, had for some time been in a deep, unreachable depression, convinced that he had put himself beyond God’s grace. The Black Dog, melancholy, which afflicted so many eighteenth-century writers, including William Collins and Samuel Johnson, undoubtedly fixed its teeth in Cowper and did so with an especially savage power.

But it doesn’t follow that Cowper’s poetry was disabled by his mental problems. He is, in fact, an important, even unique, poet, even if the value of his work has for long been treated as like his life, badly flawed or at best inadequate. Even commentators who professed to ignore biographical speculation were leery of making extravagant claims for the poetry. Hence, the commonly-accepted argument according to which Cowper, born too late to belong with the great Augustans, came too early to be identified with the Romantic movement. The best that could be said for him was that he discovered the foothills from which Coleridge and Wordsworth set out to conquer new, hitherto unattempted heights. Where he pointed they followed, but he was soon lost to sight in the mists of time. To be sure, there were The Olney Hymns, there were a number of individual poems such as “Lines Written During a Period of Insanity” and “The Castaway,” both of which confront his breakdowns, there were such domestic pieces as “On the Receipt of My Mother’s Picture Out of Norfolk” and “My Mary,” there was the comic “John Gilpin,” the songlike “The Poplar Field“, the meditation on “Yardley Oak”, and there was The Task; but somehow or other, though these poems found their way into anthologies, they were not enough to guarantee Cowper the status of major poet. And despite a number of recent attempts to rescue him from the heaviest charges brought against him, there remains a feeling that he is more interesting as a case study than as a poet of the first rank.

Neil Curry’s important monograph ought to put an end to all this. Though he scrupulously attends to the difficulties and misfortunes of Cowper’s life – and is far from excusing behaviour which on occasions deserves censure (Cowper could be pretty ruthless in defence of his own interests and behaved especially cruelly to a young woman devoted to him) – the main focus is, as it should be, on his achievements as a poet. Rightly dismissive of Cecil’s account of Cowper as at times “a gibbering raving maniac”, Curry steers his way adroitly through biographic clutter in order to clear the way for a prolonged critical study, which is as sympathetic and acute as it is detailed and discriminative.

His chapter on the Olney Hymns, for example, is the best account I know of work which still forms an important, perhaps integral, part of Anglican worship. Curry provides a brief, lucid survey of the tradition of hymn-singing, beginning with Luther, and taking in Calvin, who didn’t approve the practice, through Isaac Watts, the Wesleys, and John Newton, who did, before he considers Cowper’s own hymns. He acknowledges that they have sometimes come in for harsh criticism: in particular for showing themselves, in the words of a contemporary, “morbidly pre-occupied with sin and luxuriat[ing] in self-abasement”, although even allowing for the shock-tactics of “There is a fountain filled with blood” this seems a bit unfair.

As for the most famous of the hymns, “Love Shining Out of Darkness”, more often known by its opening line, “God moves in a mysterious way,” Curry instinctively calls it a poem, because, as he says, “it is not one whose meaning can be taken in at one reading, and certainly not at one hearing.” And he convincingly argues that Cowper’s rejection of “the physico/theologians such as Ray and Derham that God can be seen and understood in and through nature” is dependent on the assertion that revelation is “through the Word.” Cowper’s hymns may rarely meet the requirement of his friend, the Rev. Newton, that the hymns show “Perspicuity, simplicity and ease,” but they “are not shamed by being put alongside the work of George Herbert.” Agreed. Herbert is undoubtedly the greater poet, but Cowper’s hymns at their best are splendid examples of the Anglican tradition out of which they emerge and to which they very importantly contribute.

Curry has many good things to say about Cowper the occasional poet, as he does about his anti-slavery verse. And then there is The Task, to which Curry quite rightly devotes a long chapter. By chance, as I was reading what Curry had to say about this wonderful poem, an improbable blend of verse-journal, musings-by-the-hearth, reflections on life, the universe, and neighbourliness, as well as many other things, and which for all its occasional gravitas so winningly disclaims any pretence of heavy-duty musings, I came across an academic account by Conrad Brunstrom of the same poem. This does useful service in mentioning the influence of Mathew Prior, Cowper’s older contemporary, on Cowper’s “uncanny knack of reproducing the idea of thought in process, or present tense improvised chit-chat.” And Brunstrom quotes Cowper’s praise of Prior as a poet able “To make verse speak the language of prose without being prosaic, to marshal the words of it in such an order, as they might naturally take in falling from the lips of an extemporary speaker, yet without meanness…”

Curry doesn’t allude to this praise but what he says of The Task not only bears out its application to Cowper’s work, it further illuminates its relevance by what he has to say of the fashion in mid-eighteenth century poetry for what he calls the “minor genre of neo-georgics.” Hence a number of semi-didactic poems, the starting point for each being Virgil’s Georgics, and which include Smart’s The Hop-Field, Grainger’s The Sugar-Cane, and, most famously, Dyer’s The Fleece, all of them concerned with practical advice and procedure in what was called agricultural oeconomy.

Such a genre seems hardly likely to gladden the heart let alone prove useful to English poets, except in the most banausic sense. But Cowper rather astonishingly finds a way to make it work. This is not merely because of “his divine chit-chat”, his ability to make poetry out of the most prosaic material. There is also, and very remarkably, his ability to turn the yoke of sub-Miltonics, under which many eighteenth-century poets laboured, to his advantage, as in the famous recommendation of how to grow and nourish cucumbers. Most readers of the poem have paused over this episode, but I don’t think they have quite taken the measure of how deftly and with what comic panache Cowper writes. In particular, his recommendation that the growing plant be covered with horse-dung which, with its “quick-fermenting salt/ [Is] potent to resist the freezing blast,” is as comically disarming as it is wittily knowing. Such tongue-in-cheek periphrasis is Cowper’s version of the mock-heroics Pope brought to perfection in The Rape of the Lock, where the act of pouring coffee is transformed into epic grandeur: “From silver Spouts the grateful Liquors glide,/And China’s Earth receives the smoking Tyde.”

Cowper, who was no great admirer of Pope, tried to outdo that great poet by making a version of Homer he hoped would restore the “sublime”. In Pope’s version, this, according to Cowper, had become “bloated and tumid”. Sadly, his own version, on which he laboured for six years and which was finally published in 1790, is desperately dull. Curry acknowledges this and provides an explanation for it when he says that “It is true that Pope’s lines always sound like Pope, but that may be why we enjoy them so. In contrast, it is not certain that Cowper’s lines sound like Cowper, and that is part of the problem.” Cowper’s use of blank verse is derived from Milton, but in a dogged, determined manner, rather than the one he had adopted in The Task, and, as Matthew Arnold noted, the overwhelming objection to this is that the Miltonic manner, unleavened by wit, is “entirely alien to the flowing rapidity of Homer.” (It has to be said that Arnold’s attempt to convey this rapidity in his own version falls at the first fence.)

Where Cowper does put blank verse to good use is in “Yardley Oak”, which seems to me not merely a great poem, but, in its ruminative manner, a work which anticipates much that can be found in, say, Coleridge’s “Frost at Midnight,” and Wordsworth’s The Prelude. “Yardley Oak” is a truly original poem. There had been nothing like it before. Its brooding, reflective tone, its wondering concern with the “shattered veteran, sixty-three years old” (at once tree and man), provides for the first time in English poetry a registering of mental process, of the fluctuating, unstable psyche from which much that is essential to later English poetry takes its cue. Only Hamlet’s soliloquies anticipate what Cowper does here and it may be that both Shakespeare and Cowper owe a debt to Montaigne and, in Cowper’s case, later French essayists.

To say that is, however, contentious. It ought not to be contentious to claim that “Yardley Oak” is a great poem. Yet how few readers recognise its originality. But then how few readers, perhaps, it has attracted. And perhaps, too, the comparatively few who have come across it have made the mistake of regarding it as a mere exercise in the kind of nostalgia which runs sweetly through “The Poplar Field”, with its lament for the “perishing pleasures of man.” “The Poplar Field” is a lovely poem, whose fluent anapaestic tetrameters are taken up by Wordsworth in “The Reverie of Poor Susan”, one of the Lyrical Ballads. But “Yardley Oak” is on an entirely different level. Curry’s discussion of it ought to mean that from now on readers have no excuse for underestimating its worth. And overall, William Cowper, a revaluation, does this major poet inestimable service. It requires us to re-think him and to acknowledge his achievement at its true rate. This is what criticism is for.

.
John Lucas is a poet, critic, biographer, literary historian and publisher who runs Shoestring Press. His recent books include: Second World War Poetry in English and a critical study of George Crabbe (both from Greenwich Exchange); two poetry collections Things to Say (Five Leaves Press) and Portable Property (Greenwich Exchange); and The Awkward Squad (Shoestring) which deals with some cricketing rebels.