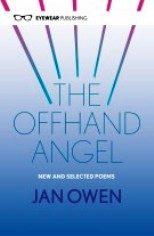 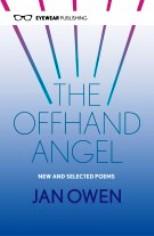 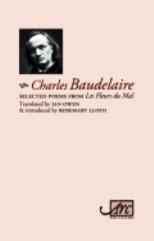 The angel at your door, whom Blake counselled against driving away, may owe little, if anything, to conventional religion, but angels of a still less religious kind act as luminous presences in the work of two of the greatest 20th century poets, Rilke and Stevens. In Michael Hamburger’s words, “The angels of the Duino Elegies …were secular angels, the functionaries not of faith but imagination. Like the angel of Wallace Stevens, they were ‘necessary angels of the earth’ within an imaginative system” (The Truth of Poetry). Or as Stevens himself put it in his late poem “Angel Surrounded by Paysans”

Difficult not to see such angels as in some ways a re-figuration of the classical muse, and therefore a means of rescuing inspiration as a viable concept in a secular age. (For ancient Greeks the presence of a God in earthly form could only be known from the way breath rippled through its dress.) Stevens’ angel is a man, “of the mind”; but the muse is more typically assumed to be a female presence, one reserved for male poets, her sea-blue eyes wild, in Graves’s formulation, promising nothing that is not performed. And Stevens, it should be said, rather more typically allows for the imagination to be female, when She sings “beyond the genius of the sea.”

As Eavan Boland among others has persistently asked, where does this leave women poets? In the final section of her brilliant collection, Keeping Mum, the Welsh poet Gwyneth Lewis identifies twelve “Chaotic Angels”, including those who appear as inexplicable blips on a radar screen, “anomalies/dancing, invisible”. These angels – the term the blips are given by radar operators – are recruited by Lewis to act in defiance of or indifference to worldly presences, who in this case are stars “of stage and screen”, though elsewhere in her cunningly-wrought sonnet sequence – each sonnet divided into evenly matched seven lines – such false angels are forms that signify “the ego’s madness” or other ills.

And then there is “The Offhand Angel”. The title poem of Jan Owen’s excellent volume of New and Selected Poems is a teasing, witty, hauntingly attractive account of the imagination as “without care, thought, attention or consideration” – which is a dictionary definition of the word “offhand” – or, as it comes across in the poem, a “he” who is a

The poem is a wonderfully deft act of legerdemain in which poetry’s gifts, its various meanings and possibilities, are summoned without any heavy breathing, portentousness, or what Mr Polly would have called “ponderosity”.

I have quoted the last lines of this poem at some length because they so remarkably establish, or anyway evoke, the symbiotic relationship between poet and muse, its elusive, sexy, flirtatious, odd seriousness.

You could say that Owen’s oeuvre as a whole is balanced between, on the one hand, the earthy things of this world — ants and midges — and, on the other, heavenly hiccups, though wailing and gnashing of teeth hardly accounts for what is darker and more troubling in some poems, for example “The Treacherous Hour, which records the poet’s evening drive along a highway, the uncertain light prompting recall of how at the autopsy in 1951 / of a hydrocephalic child,/ five foetuses were found / nested in the swollen head / of their stillborn brother/as in a womb. “Nested” is so upsetting that I’m not sure we need the nudge of “as in a womb,” though I can fully understand the force of the poem’s closing lines: Darkness is rising now …. I do not know what world I am within. A similar uncertainty accompanies the shock that comes to the observer in “Our Lady, Notre-Dame, Paris”, which begins, She was sitting one row to front, to my right, / oddly angular in a bright red dress …. She was weeping silently, eyes fixed on the altar: / not crying, weeping, that slower fuller grief // as river is to rain… And only then does the observer realise that the person weeping is in fact a transgender him/her and that such grief comes about because One way to bear your cross is to suffer the inexplicable fate of transgender confusion.

The tact of “Our Lady” is all-important. Any display of commiseration would be self-regarding, not to say self-congratulatory, a vice of many poems which aim to identify with “poor, suffering humanity”. Owen characteristically handles her subject-matter with a scrupulous regard for appropriateness, and this applies to love as much as to bleaker material. “First Love” is a deft, witty, poem about how a fourteen-year old girl falls for Titian’s “The Man with Grey Eyes”, then, ten years later, marries a European with cool grey eyes,/a moustache,/pigskin gloves. Beware anyone wearing such gloves.

There are other good, often tart poems about personal relationships. Most beguiling of all, perhaps, are the poems that come toward the end of The Offhand Angel. Adroit, sometimes exuberant, always attentive, these are accounts of flora and fauna, ants and midges – or, to be more precise, “Freesias”, “Honesty” (these loony purses of loose change) “Zinnias” (each petal ripple / stoically waving goodbye / Greek-beckoning style – Owen has several excellent poems about travel in Greece), “Irises” (a small child striving to stand up straight, / the last trembling of a tired head), “Ibis” (Side on – inscape’s outline, / front on – a slit in the wind …. / The ugly-noble beak lifts, hyperbolic – / Akhenaton’s quizzical look), the wondrous “Ceiling Starlings” (The Misses Left skating after Messrs Right / for all the world / like doing eurhythmics to Philip Glass / or reading Timmy Tiptoes in cuneiform…/ PhD, Heidelberg (failed) –/ screeching small joy to shreds.), and the fireflies of “Shifting the Dark” (drifting afterthoughts at the river’s edge, / ghost shuttles, elf breath, nimbus of limbo).

As I hope these quotations reveal, Owen’s mastery is as much of the ear as of the eye. Drifting afterthoughts at the river’s edge. “Oh, taste and see,” in the words of the American poet, Denise Levertov. It is Owen’s assured ear which helps to make her versions of Baudelaire so fine, even, I would say, exemplary. I used to think that one poem in particular of Les Fleurs du Mal was untranslatable. At all events, having read numerous attempts to bring over “Harmonie du Soir” into English, all of which flopped, most of them belly-up, I was certain it couldn’t be done. The French polysyllables together with Baudelaire’s subtle vowel and consonantal patterns – the poem’s harmonies – put it out of range of anyone writing in English. How could you hope to Anglicise this:

It may not be perfect but it’s pretty damned good. Some of the velvety, insidious music has had to go, and “swirl” isn’t quite right; nevertheless, she’s found convincing equivalents for Baudelaire’s sounds; she’s even managed good half-rhymes for a poem which, being a pantoum, places additional burdens on a poet who can’t use the far-easier-to-rhyme-in French language, with its plethora of open vowels.

To read Baudelaire is to be reminded yet again of how unimaginably different his world was from the home life of our own dear queen, to quote the remark – almost certainly apocryphal – of a member of the audience at a mid-nineteenth century production of Antony and Cleopatra:

This is from Owen’s superb version of “Jewels”. Browning, who set “Respectability” in mid-1850s Paris, knew what he was doing when he had his male lover remark to his partner that the world Allows my finger to caress / Your lips’ contour and downiness, / Provided it supply a glove. In Les Fleurs du Mal the gloves are off. Owen’s are easily the best versions I know in making palpable Baudelaire’s candour, his poems’ musky sensuality. And she also does very well by those test cases, “Le Crepuscule du Soir” and “Le Crepuscule du Matin” (“Twilight” and “Dawn” in her versions), poems which take you into the streets of Paris at evening and early morning, and which remind you of how the French poet evokes the modern city in a manner only Dickens can rival. Owen’s are not merely far and away the best modern versions of Baudelaire “Englished” that I’ve read, they are excellent poems in their own right. A triumph, in fact.

.
John Lucas is a poet, critic, biographer, literary historian and publisher who runs Shoestring Press. His recent books include a critical study Second World War Poetry in English from Greenwich Exchange the poetry collection Things to Say (Five Leaves Press) and The Awkward Squad which deals with some cricketing rebels. Forthcoming works include a critical study of George Crabbe and a new poetry collection, Portable Property.