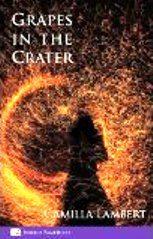 Camilla Lambert, who admits to being sixty-nine, belongs to the generation of women who expected to get married in their early twenties and remain married for life. It didn’t work out like that for everyone and in ‘Acting my Age’, which is especially interesting, she describes how a teenage girl dressed like a middle-aged woman, in her twenties longed for a nice man to pay the mortgage, and finally, as a middle-aged woman, broke out. Doing different things is exciting and maybe damaging. In ‘Falling Woman’, she says, ‘I have been falling all my life’:

Several of the poems in this short pamphlet (her first) describe the normal trajectory of a woman’s life – death of parents, birth of grandchildren, upheavals and the passage of years which leave marks on your skin. There is deep anxiety about babies and children who are born prematurely or go missing or are somehow under threat. It’s interesting to reflect that there were very few good women poets before the three generations who are living today. That perhaps is because few women were educated enough and/or experienced enough to write frankly.

One of the best poems in the collection is the prickly ‘In Praise of Thistles’, which celebrates resistance to stereotypes:

Ugly things can be transformed into good poetry and I hope to see many more poems from this author.

Merryn Williams was the founding editor of The Interpreter’s House. Her third collection, The First Wife’s Tale, was long-listed for the Welsh Book of the Year; a fourth collection Letter to my Rival was published by Shoestring Press in Autumn 2015. Her biography, Effie: A Victorian Scandal: From Ruskin’s Wife to Millais’ Muse, has recently been turned into a Random House audiobook.