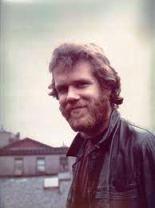 John Forth reflects on poetry in Loudon Wainwright’s lyrics

When Robert Lowell answered the posterity question by saying he’d like us to say he was heart-breaking, he was remembering poems some had labelled ‘confessional’, a description now debated nearly to death. What his poetry actually did was walk a tightrope between tough and sentimental, truth and play-acting, confession and ironic detachment. Saying something by saying something else had always been a good working definition for both poetry and irony, but his relentless use of the ‘I’ had proven too much for those who couldn’t detach it from the man himself. 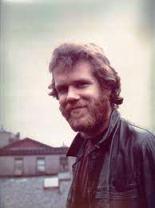 Meanwhile the young were learning something similar from the best songs of Loudon Wainwright III, who is sixty-nine this year. He’d been ‘discovered’ by Atlantic and Columbia in the late sixties who then fought for his signature in between those of Dylan and Springsteen, and his first LP was released in 1970. His producer Joe Henry in 2008 observed that ‘he embodies the universal most convincingly when affecting the personal’. A five-disc career retrospective ‘Forty Odd Years’ came out in 2011 and in its booklet Wainwright is quoted in interview:

I do have a tendency to expose, but if you’re doing it for a record or a show, you’re really kind of safe. Yes it looks dangerous and honest I suppose, but you have to realise that it’s also kind of my schtick – I’ll write about me and I’ll kind of tell the truth. Sure, it’s honest most of the time, but it’s still an act.

His act seemed to be a successful attempt at being funny, sad and sentimental all at once without falling off the wire. His song-lyrics fare better than most on the page partly because he wrote self-revelation that took the risk of being mawkish, and (in all but a handful of mid-eighties’ numbers) he seemed to hit precisely the right notes. Playing guitar with a grin and a grimace and movements somewhere between a drunk version of Jethro Tull’s Ian Anderson and a cat on a hot tin roof, he sang his own songs. He was maybe the first in a long line of ‘the new Bob Dylans’, as his ‘Talking Blues’ for Dylan’s fiftieth reminded us. He was unashamedly middle-class, having been brought up in Westchester County, a well-off suburb, though unlike Dylan he always owned-up. Young Loudon went to the school where they filmed Dead Poets’ Society, and in ‘School Days’ he too was conscious of the past and its poets:

He was later a raunchy Prince in ‘Prince Hal’s Dirge’ and one of his albums he called ‘History’ which has to be a nod to Lowell. It was increasingly clear that the personae were coming from territory not usually probed in folksong. He could invoke the muse in ‘Muse Blues’ or lament the lost innocence of being 16 when he was 25, and dramatise almost any personal event. ‘Haven’t Got the Blues (Yet)’ released in 2014 carries a picture of a suicidal circus clown in a tub of suds backed by the famous photo of Blind Lemon Jefferson with Sigmund Freud’s head superimposed on it. Both images speak volumes, especially if you know the songs.

Soon, the Dylan-educated crowd of the late sixties began to suspect this boyish, cavalier stance on love, therapy and everything else that mattered was closer to that of poet than pop-star. The concerts were always full, and still are, but mostly of the same people. Even though he and they are now sixty or seventy, his obsessions haven’t changed much, though a few have mellowed, some would say festered, in songs that recycle both his own and more traditional hang-ups in surprising ways. ‘Unrequited to the Nth Degree’, for example, always made a useful comparison with Donne’s ‘Apparition’, where a jilted lover threatening to take revenge by dying shows how seventeenth century ideas can still be the best:

From the start he was waging a one-man sit-in against the effects of narcotics like fame and against delusion and pomposity of all kinds. His personal myth raised a kind of literary self-scrutiny and self-consciousness to the level of illness and everyone laughed. He’s still doing it now, even if some of the topics are straying into old age – the finding of parking-spaces and the loss and burial of friends or loved ones – and although even die-hard fans might confess to a slight drop-off in excitement over the release of a new album, most still can’t imagine losing interest in what he’s getting up to.

Nowadays he’ll address his children rather than his father, mother or lover. On ‘I knew Your Mother’ (‘and that’s why you’re here’) he is accompanied by his daughter, who has achieved her own fame in songs that are often more direct than his. Earlier, he could address the children of his separation from Kate McGarrigle with a tear-jerking explanation in ‘Your Mother and I’:

These children, we now know, grew up to be the properly famous Rufus and Martha Wainwright, both of whom learned Dad’s lessons well enough to take ‘confession’ by the scruff of the neck, just as he had done. But as well as folk-blues theirs derive also from their mother’s love of richly romantic melodies and harmonies from Saint Sauveur des Monts, Québec. At first the rift was all just show-business, albeit the painful end, until Kate’s death in January, 2010 surpassed all that.

He has admitted to a near-pathological weakness for ‘girl singers’ (who must now of course be referred to as female vocalists). As if to prove imagination dwells the most on woman lost, in answer to Yeats’s question, one of his earliest claims to fame was that as a child he shared a tricycle with Liza Minelli:

There was mileage for at least two good songs in this, edging closer to the hollow centre he would uncover by becoming famous, and in several later songs he’s still worrying at it or about it:

One of his songs even cherished the dream of becoming a has-been rather than a never-was. There’s an awareness that the crowd yelling ‘do that one again’ (usually a plea for ‘Dead Skunk in the Middle of the Road’) constrains more than mere troubadours (Yeats wished he’d never thought of the Isle of Innisfree), and also of the way that the pit for praise is as bottomless as the need, as is the need to be loved. His eleven-year sojourn in London in the ’70s and ’80s landed him a guest stint on Carrott Confidential, which was fun while it lasted, but it would end in tears:

In many ways he was rewriting the old adage that no one loves a loser, which has never been true, especially if the loser is loveable, and we didn’t need Charlie Chaplin to teach us that. One of his desperate early love-songs had contained an increasingly dramatic if simple rage:

In these songs he was the loser even when he appeared most winning. There’s a rather exasperatingly sing-song tune on the latest album called ‘The Morgue’ which, though sung by Loudon, is at least possibly the voice of a woman addressing the kind of man he once was:

It’s fairly shocking, sung as comedy, and it might look different again if it is seen beside the earlier country and western spoof, ‘Mr. Guilty’

The utterly sincere-sounding words were delivered laced with irony, even sarcasm, in a parody of the mawkishness of some popular acts. Like the earlier ‘Glad to see you’ve got Religion’, also addressed to a woman, the voice became more and more pointed and obviously ironic as the song opened out, and the desperation at losing her was re-enacted in the performance:

Turning up regularly at the concerts in the early ’seventies, I think we were as near as we came at that time to being shocked by his ability to condense the universal twenty-something experience:

The vulnerability and self-deprecation were there in every line and, since the man on stage seemed maddeningly self-assured, we couldn’t find the perpetrator anywhere. Maybe it was in coded messages like IDTTYWLM (I don’t think that your wife likes me) which begins self-effacing and sad, spoken by a shamed youth leading his friend astray but ending in Dutch courage: ‘I detest your wife’. He always knew exactly what was going on though, with or without the jokingly long craved Grammy which, ironically, came in 2009 for his album of someone else’s songs: ‘High, Wide & Handsome’ – the songs of Charlie Poole, who died in 1931. Loudon guessed from the start that fame is at best overrated, and even his hero Charlie had to wait ninety years for a brief taste. 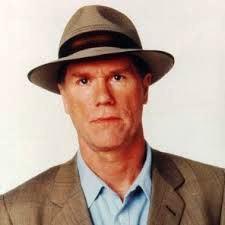 It wasn’t until much later that I learned that some of Wainwright’s favourite influences were people I’d thought were my personal property in childhood and youth: Stan Freberg, Tom Lehrer and Louis Prima for example. For me there was also his important first lesson that making it more personal could also be the way to the universal, and, as another song somewhere says, that’s a very good place to start.