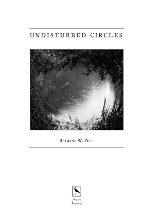 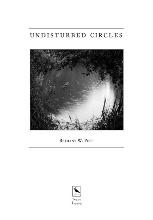 Bethany Pope is an accomplished poet who seems prepared to make life difficult for herself. Her fourth collection Undisturbed Circles consists of six sonnet sequences, various in their theme and mood but all involving acrostics or double-acrostic. A ‘Form Guide’ at the beginning of the book  makes sure we miss none of the intricacies. Such technically impressive ambitions might risk producing a triumph of form over content and – as with any work relying heavily on a particular verse-form – one measure of success is surely the extent to which poetic structure does not draw attention to itself. In the villanelle or sestina, for instance, the repetitions should creep up on the reader rather than arriving on heavy footsteps. (Indeed one of the best sestinas I have read is one which I did not immediately recognize as such; it simply seemed to be a very effective poem with an eloquent but slightly manic insistence on mentioning a few topics.)

The acrostic and double-acrostic are quite unobtrusive forms because initial and final letters of lines do not normally register very strongly with a reader. What the acrostic structure does is, quite subtly, constrain the poet’s choice and ordering of words. This is particularly true as regards line-ending letters. There are not many English words that end in ‘a’; and Pope has to mention grappa, alpha and omega rather often. Similarly, the only word ending in ‘v’ that she (or I, for that matter) can find is shiv. One effect of such constraints is to make the poems interestingly elusive – rather like the ‘treated texts’ produced by Robert Vas Dias in Still Life or Linda Black in Son of a Shoemaker (see London Grip reviews
https://londongrip.co.uk/2010/08/poetry-reviews-2010-larger-font/#book2
and https://londongrip.co.uk/2012/12/poetry-review-winter-2012-pearce-black/).  Sometimes too there is something oddly formal  about the word ordering; and as I write those words I am reminded of Emily Dickinson’s After great pain, a formal feeling comes – which is appropriate, since there are parts of this collection which do indeed deal with pain of a considerable kind.

Elsewhere, Pope’s poetry displays a slightly detached but atmospheric tone, reminding me of the  narrative voice in (say) the ghost stories of M R James. This comparison is particularly apt in ‘The Labyrinth’ and ‘The Tower’ where there is a strong element of mystery and the unravelling of secrets via an exploration of dark places. It is difficult to say how much of this atmosphere is directly due to the acrostic structure. The existence of an alternative  text running orthogonally down the sides of the poem proper puts me in mind of the visible utilities of the Pompidou centre in Paris where support structure is left visible but in such a way that one can choose not to notice it.

In a couple of cases the acrostic text is given in poem titles.  But where this is not done I wonder how many readers actually spell out for themselves the words which have been so painstakingly planted. Although I set out to do so, I found that I did not persist – for the very good reason that I became more interested in my responses to the poem I was reading in the conventional way. Just as one probably wouldn’t explicitly check whether the permutations in a sestina were in the approved order so this reader is content to believe that the acrostics do actually work without putting them fully to the test. But perhaps we have now had enough of generalities: the six poem-sequences deserve attention in their own right.

The book opens with ‘Fox cycle’ which cleverly uses the sound of sharp staccato words to conjure up other sensory impressions: The vixen dug into the earth …/ Her belly ached with glassy pain… / Explosions detonated in her gut …/ The cub was born into stench and darkness. The sequence presents vixen as predator, trickster and mischief maker:

Intelligent, she learned the secret of
Opening the farmer’s gate. Festival
Night among the chickens. She preferred the
Tiny chicks , crunching their bones …

The vixen’s feral behaviour is made more sinister by her choice of den in a graveyard among abandoned coffins where The glow / The bone-faced moon gave was enough to bless / Each night with hunting.

‘The Labyrinth’ is presented as a kind of verse autobiography or a map of my mind. It deals in such grotesque images as the next door neighbour who only seemed mad but nevertheless kept children in jars. The narrative – mostly in the first person but occasionally veering into the second or third – is sometimes interrupted by cryptic, quasi-prophetic utterances

And yet these dark poems are also page-turners, the reader being urged on by the metronomic Open the door. Take the turn to the right which concludes each sonnet.   A library turns out to be a welcome refuge for the poem’s narrator: A day spent … among books / and I spelled myself better. And fortunately The right books fall into your hand; so that eventually the narrator finds Incredible beauty in Wales. A small, nineteen-sixties-designed campus.   Oddly enough, it is in the final couple of poems, which introduce better news, that the language becomes a little more prosey and perfunctory: The / Supervisor I have encourages / My search for higher consciousness. But this hardly detracts from the overall dramatic power of the sequence.

After ‘The Metamorphosis of Physis’ – another (rather less compelling) narrative of transformation after adversity with a pleasing note of redemption – we come to ‘Three Legged Crow’. I did wonder at this point whether, by engaging with both foxes and crows, Pope might seem to be flirting overmuch with the shade of Ted Hughes! Her central character does indeed share some of the bleak and black transcendent properties of Hughes’s notorious protagonist

When the world ends, Crow
Will switch off the lights
And shut the last door.
Crow will see us all
Out in to the night.

But this Crow is also an original creation who mostly inhabits the natural world of here and now; and Pope’s vivid summing-up of his nature is entirely her own: Damnably intelligent birdy, pain-/ Drinking monkey without thumbs.

‘The Tower’ and ‘Double Helix’ both echo ‘The Labyrinth’ in being journey sequences (in a rather broad sense). The former invites us to share in the exploration of a tower that stands alone in bog-land . You / Have seen it in your dreams; while the latter is a kind of evolution myth whose title reflects both the structure of DNA and also the fact that it contains two acrostics weaving back and forth across each other. Both sequences make tentative approaches to a possibly risky confrontation with the Divine: Ordinary folks are happy with small / Obscured echoes of the numinous; and both find their conclusions in the final passages of the New Testament Gospels. ‘The Tower’ contains a room which looked like an old grave where the poet sits down among the shroud-strips stained with thin / Blood-spatters, awaiting revelations. ‘Double Helix’ ends at Golgotha where

striped man on the cross gives out a groan. ‘So
thirsty’. Someone sends up a sponge to swig
out of. Vinegar.

The uncompromising bluntness of these lines is characteristic of Pope’s work in this collection. It is a book full of fierce intensity; and it strikes me that it is just as well that she has used the relatively short sonnet form which allows the reader to take quite frequent pauses for breath. To have cast these poems as long continuous narrative might have made them much harder to read and to bear. Pope has a highly original poetic vision and is adventurous both in her themes and her imagery.  She is unusual in her bold use of language and even more so in the formal restrictions she imposes upon herself. I find myself still wondering how this material might have come out had those formal constraints not been in place.