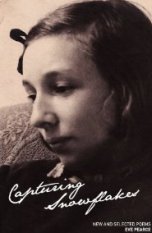 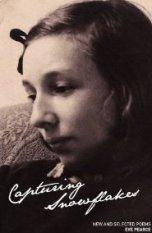 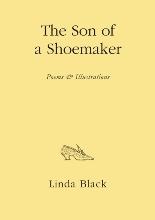 Eve Pearce’s book Capturing Snowflakes draws fruitfully on her long and continuing career as an actor.  She is well aware of the importance of weight and pacing in the delivery of a line; and she understands the use of line-break as a telling pause.  Indeed, anyone who has heard her read will know how well-tailored the poems are for performance.

Many of the poems in this collection are reminiscences drawn from an unusual and interesting life – sometimes involving theatrical anecdote and sometimes personal and domestic events.  Happily, Pearce is a fine storyteller which means she understands that both the story and the telling must be good.   Her poetic style varies from conversational and almost confidential free verse (rhymed and unrhymed) to well-crafted formal pieces including sonnet, pantoum and villanelle.  The long prose poem “Up to a certain point” at the heart of the book represents yet another form she gets to grips with; and in “Mona Lisa” she plays with the shapes that her poem makes upon the page.  Pearce also pulls off the far-from-easy trick of writing in authentic-sounding Scots dialect in a way that is still accessible to southern English ears.

A distinctive feature of Pearce’s poems is her eye for the little detail that sticks in the memory: the slush on iron stairs; a hole in someone’s shoe.  And Pearce has a neat way of capturing the texture and impact of such details: a child in a too large prickly coat; a dawn as pink and blue as litmus paper; a cold day like the wolf in a fairy tale … snatches at my throat.  She turns this facility with everyday observations into a small tour de force when she tells a whole life story in terms of shoes, from bare-toed sandals in Mediterranean sun through Principal Boy – satin heels with fishnets to non-slips, low with Velcro bar.

The memoir poems are warm and generous.  Even where they tell of mishaps and disappointments they are full of compassion and avoid bitterness.  Perhaps it is with hindsight (rather than something understood at the time) but Pearce shows remarkable sympathy for her father’s eagerness to volunteer for military service at the start of the second world war so he could escape the difficulties of being both a French-speaking Englishman in Scotland (“Gies a bitte French, Froggie”) and also a widower left / wi’ a wee lass.  It was the Depression era when dole money kept us in a manner/ to which he was not accustomed.  Thus, a chance of release came when

…  listening to Mr Chamberlain –
you know the speech – …
…he said “Daddy will have to go, you know”
… and he couldn’t seem to stop grinning.

Perhaps this ability to empathise with her father also explains why three of the strongest poems in this book are in the voices of men.  In “Knight with Falcon”, it is the subject of Rembrandt’s painting who speaks; and the poem splendidly captures the stiff upper lip tones of a reluctant military man confronted by the inexplicable gifts of an artist who

… seems to know me.  Knows I hate soldiering
haven’t many friends.  Knows I love my falcon –

Then a few moments later, having skirted dangerously close to speaking about the emotional impact of losing a child, he is quickly back on safer ground What I like is the way he’s painted the feathers.  A male voice occurs again – this time with a Scots accent – in an eye-witness account of the shepherds’ role in the Nativity drama.  We learn of the appearance of the angel – the swish of his wings (like chainmail / mair than feathers) and the summons to the manger – In a byre?  Wi’ the beasts?   And then comes the sober reflection

One of these days there’ll be naebuddy.
“In the same Country, Shepherds”

Sadly, this shepherd’s tale probably makes a more effective sermon than anything produced by the zealous vicar who appears in “Inspiration”.  There is no shortage of enthusiasm here.  God is in me, I’m certain of it, he declares.  And indeed he awakes from dreams and visions clutching my sermon / damp, dank with my sweat.  Nor is there a lack of practical Christian living: Porridge before church.  I need my strength.  But disappointment awaits – in a form which readers must discover for themselves…

I do not expect, however, that any disappointment awaits the readers of this book with its poetry which manages to be refreshingly old-fashioned in its straightforwardness while at the same time being clearly aware that it inhabits the twenty-first century.

Linda Black’s latest collection, The Son of a Shoemaker, makes a considerable contrast to the largely narrative verse of Capturing Snowflakes.  Perhaps the only real connection is that both contain a biographical element.

The Son of a Shoemaker consists of prose poems which, at first sight, might seem to follow on from Black’s previous collections Inventory and Root in being short and enigmatic pieces which are suggestive rather than presenting an unambiguous story line or argument.  The Son of a Shoemaker, however, takes a further step into the realms of the experimental because each piece is a ‘treated text’ obtained by collaging words and phrases from a fictionalised biography of Hans Christian Andersen (written by Constance Burnett and published in 1943).  The overall result is, in some sense, a ‘treated biography’ since one can still discern certain milestones in a hypothetical life story.  The stern rod came down whack is a telling enough indicator of aspects of childhood.  The trials and awkwardness of growing up are suggested by You are much too thin said the Count and also in Gaunt length hardened into angles the man he was to be.   And yet literary ambition emerges:   He took the manuscript wherever he went;  I too have written a tragedy.  And in the final piece we may find a satisfying resolution in The curtain began to cry Author! Author!  Opened the door of fairyland.

Black’s collaging process often produces rather unusual syntax in her sentences, causing them to hover round the margins of meaning in ways that are both puzzling and challenging.   Give him a brick to dry his tears on!  is a plain enough injunction, even if it runs counter to normal experience;  but the parsing and interpretation of The August Presence before him went on flooding language with exacting diffidence does rather tempt the mind to work overtime!   In his back-cover endorsement of the book, Robert Vas Dias – himself a master of the treated text – mentions the pleasure to be had from combining the domestic and fantastic and juxtaposing wildly diverse material.  And in relation to the more teasing and tantalising passages, he observes “These enchanting/enchanted short pieces … slip in and out of conscious understanding without compromising that essential kernel of awareness … which characterises the best poetry”.

It seems to me, however, that Vas Dias’s remarks presuppose the cooperation of the reader.  And if I may speak here as one who has attempted his own ‘treated text’ poems, I can testify that the pleasing problem-solving aspects of their construction may have blinded me to what is expected from their potential audience.   For what it is worth, I can now say I have discovered that my own “best” way of reading Black’s poetry is to approach it rather in the way that I listen to music.  We are accustomed to reading words – especially when set out as prose – with a view to extracting sense (even while also appreciating the language).  With music, however, we can be more open-minded, allowing sounds merely to fall upon our ears without insisting they explain themselves.  We also expect the effect of music to be cumulative – each phrase need not have an individual identifiable significance.  Certain musical phrases or themes will, no doubt, stand out against the background of the whole piece – perhaps because they seem to conjure up a particular image or because they feel instantly memorable or because they remind us of other melodies.  Such features will be the basis of our liking for a piece of music – which need not be the same as anybody else’s.

When I adopt this frame of mind, my reading – and of course re-reading – of The Son of a Shoemaker begins to reveal the complexity of its flow involving swirls and eddies in the shallows as well as the clarity of slower moving deep water.  In what appears to be the chaos of a turbulent stream, patterns and consistencies can in fact be seen on closer, steadier examination; each part influences and is influenced by the whole.  The very first sentence Going without needed more but cared less becomes more resonant on second and subsequent encounters.   A piece of glass no bigger than a tile inserted itself in a morsel of sky is a memorable image that it is a pleasure to come back to.  In a journey through the text, the intrinsically interesting poem titles become familiar guide posts: For he was guilty of writing poetry;  How did royalty talk? Was he not already a little famous?

In coming to these small appreciations and insights, I am greatly helped by Black’s own illustrations which enhance the text.  Most of the poems are accompanied by one of her delicate, light-touch drawings, which pick out some phrase or image from the facing page.  Not only do these remind me quite powerfully of pictures in the fairy-story books I had as a child but they also tell me, for instance, that a large fish sandwich should be understood as a large-fish sandwich rather than a large fish-sandwich.  Read thoughtfully, Linda Black’s intriguing book can indeed alert us to the depths of meaning that may go unnoticed behind small differences.