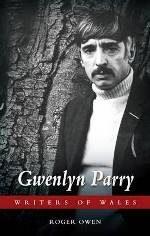 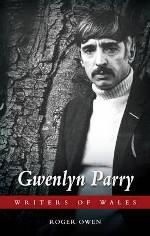 When London Grip’s editor suggested that I review a book about the Welsh-language dramatist Gwenlyn Parry he offered the somewhat tenuous reason that Parry had spent a few years living near my own part of London.  His second and more substantial justification was that he knew me to be a theatre-goer with a particular interest both in the dark and enigmatic work of writers such as Beckett and Pinter and also in the Absurdist school typified by Ionesco and Simpson. Hence he was at pains to point out that Parry’s work, beginning with first major success ‘The Doll Doctor’ (1966), could be seen as belonging within either of these dramatic categories.

Owen’s approach to his subject is one that succeeds very well for me.  His main focus is on Parry’s stage plays and he gives a detailed summary and analysis of each of his half-dozen or so major works as well as some earlier pieces.  He sets these in the context of a brief but authoritative biographical sketch in order to show how characters and incidents in the plays can be related to events in Parry’s personal life.  In this way we can see which themes changed and developed and which remained constant in the twenty-five or so years of Parry’s play-writing career.

The major, but intentional, omission in the book is that rather little is said about Parry’s parallel career in television.  He was well-known both as a writer and as a script editor for the Welsh-language ‘soap’ Pobol y Cwm  and also as co-writer of a successful comedy series Fo a Fe.  Owen’s contention, however, is that it is in Parry’s work for the theatre that there is a clearer connection to his own character and opinions since his TV writing was often collaborative and constrained by demands of the network.  It is certainly the case that it is easier for a reader unfamiliar with Parry’s work to engage with a small number of stage works rather than to try to appreciate many hours of television output.

The remarkable achievement of this book is that it does provide an absorbing and lucid introduction to Parry’s small but distinctive body of theatrical work.  Owen’s synopses and discussion of the plays engaged my attention completely.  Indeed, he has given me the next best thing to seeing the plays performed.  I would very much like to see them in the flesh (and in English!) but I suspect this is not likely to happen very soon.  Many of Parry’s plays start with a flawed but stable situation into which a new character is introduced who becomes a catalyst for change and upheaval.   ‘Doll Doctor’ begins with the title character alone in his workshop making dolls by hand and only responsible to a manager to whom he speaks by telephone.  A girl and boy then arrive saying that they have been sent to modernise and mechanise production, thereby disrupting the doll doctor’s entire way of life and even casting doubt on the existence of the manager.  ‘A House on the Sand’ features a similar solitary protagonist who is engaged in a struggle with the owner of a nearby funfair for the return of a dummy he has stolen from the fairground waxworks.  In ‘The Border’, a relationship between two characters who have withdrawn from the world to live in a mountainside hut is thrown into confusion by the arrival of a lost and snow-blinded climber.

The links that Owen makes between Parry’s life and the themes of his plays are plausible and persuasive.  It does appear likely, for instance, that many of the conflicts in Parry’s drama were informed by the somewhat ambiguous relationship he had with his father.  I was more intrigued however by the conjectures about how much Parry might have been influenced by a highly controversial (in 1963!) theological booklet called Honest to God written by the then Bishop of Woolwich, John Robinson.  If there was any such influence, Parry’s plays might be among the longest-lasting manifestations of the sharp spike of interest the book provoked on its publication!  Certainly some of Parry’s characters grapple with – and sometimes manage to overcome – a distant authority figure which may represent the conventional image of a God ‘out there’ which Robinson was calling into question.

For me, however, the most fascinating parts of the analyses of the plays are those where Owen discusses the interactions between writer, director, actors and audience. He tells us, for instance, how the coup de théâtre of the ringing telephone at the end of ‘Doll Doctor’ might have evolved and also explains why this device works in spite of defying strict dramatic logic.  He also points out how often Parry’s characters seem to engage with the audience directly (although in ‘The Border’ they might only be addressing a hostile outside world existing in their imaginations).  In ‘Panto’, Parry’s final stage play, the audience’s preconceived boundaries between performance and ‘real life’ are tested by the way that the action is set both on-stage and back-stage in a provincial theatre.  This play’s action sometimes ‘overspills into the audience’s domain’ – for instance, through the use of canned laughter augmenting or replacing actual applause or by a dark subversion of the children’s traditional pantomime chorus of Oh no it isn’t!

Such observations about how an audience can become involved in (or get co-opted into) a drama may well be standard elements of a course on theatre studies; but to someone who is simply a play-goer they are very illuminating.  Indeed, I may never watch a performance in the same way again (and I mean that in a good way!).  The idea, for instance, that the rows of dolls in the doll doctor’s workshop might be seen as mirroring an audience’s passive observation is just one example of how a spectator may be influenced as much by what he subconsciously notices as by what he consciously infers from the action in front of him.  This book should do a valuable job in making Parry’s life and work more widely known to English readers; but In recommending it I am also tempted to add that it has worked on me almost like a handbook for a refresher course in ‘How to go to the theatre’