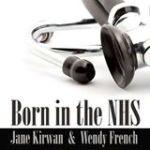 Norbert Hirschhorn reflects on a poetry and prose memoir that gives an inside view of the National Health Service at a time when it may be about to change forever. 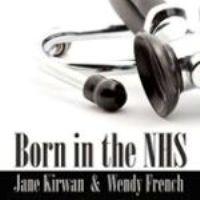 It was Welshman Aneuran Bevan’s vision of health care – a single National Health Service, free at the point of use, based on need and not the ability to pay – that transformed a nation, creating a social contract after decades of war and depression, ill-health and high mortality.

Now the NHS is threatened by outsourcing services to private industry, with cost, competition and profit held in higher esteem than a healthy society caring for all its citizens. A complex bureaucratic structure has been created beyond all understanding except by consultants and experts in medical systems. Any protest seems effete, marginal, with only remnants of the left wing left to storm the barricades.

Wendy French and Jane Kirwan give a passionate defense of the NHS in a book sponsored by the Hippocrates Initiative for Poetry and Medicine (http://hippocratespoetry.org/). Both have served the NHS for decades; both come from generations of health professionals. They have worked as well in developing countries, and so they know medicine at the hard scrabble community level. (Full disclosure: I am accorded a complimentary paragraph in the book for my work in international medicine.)  The authors share their own stories to express the spirit and history of the NHS, before and after its inception. It is as if we are looking at family albums.

The book is organized as an abecedarian, with medical and health topics listed A to Z, from abortion to zygote. Within each topic the authors provide their own poems (most previously published, several award-winning) and personal narratives fitted to the topic. In addition the authors list brief reports on medicine and public health, presented in straightforward journalistic style and drawn from various sources. The section on ‘Special Needs’ is the most touching; that on ‘Violence’ (especially against women) the most necessary. As the authors indicate, alcohol and tobacco are the greatest threats to personal and  population health, costing the NHS billions of pounds each year. Much of those monies could be saved, but it would require more than a curative system, no matter how caring, and more even than health education and exhortation. Government must provide stringent laws and enlightened policies. We know, however, that the tobacco industry continues to influence politicians to do otherwise: Margaret Thatcher became a director of Philip Morris after leaving government. Kenneth Clarke served as deputy chair and director of British American Tobacco. This angle could usefully have been explored in the book.

Born in the NHS is an omnium gatherum: part poetry, part personal testimony, part factual medicine. Inevitably, an unevenness of tone results. One wonders if the book’s audience is more likely to be poets needing a stringent dose of real world experience or medical workers needing a humanizing tincture of poetry. The ambition to reach both groups simultaneously is laudable, but an ‘Initiative for Poetry and Medicine’, which this book represents, risks creating just another niche-poetics like cowboy-poetry or slam-poetry.

Many of the authors’ poems could be placed in the category of medicine-poetry: narrative, unadorned, and illustrating clinical experiences. Thus, ‘serious’ and academic poets are likely to overlook the beautifully lyric poems that the authors are capable of, such as San Izal, Language and Yonder.  Doctor poets like Dannie Abse, John Keats, Jack Coulehan show what deep understanding of the body and health can bring to poetry. Here is some brave prose by Jane Kirwan, for example, begging to be a fine poem.

There’s a photo from the 1930s, Brompton Hospital, of my father looking very young surrounded by nurses with extravagant starched caps. There’s nothing about his white coat, the nurses’ aprons,  their expanse of unblemished white, to suggest the sluice room, pots of sputum, sepsis, gangrenous  limbs, spray of leaking of blood, urine, faeces. He looks uncontaminated, the startled look of the virginal.

Two splendid poems cap this eloquent book in an epilogue, providing metaphor for all that has gone before, and are worth citing in full:

we never tell the farmer

but live you do
and breathe
and into us.

She uncovered a stone, a porous womb sculpted
by wind and the waves –
the body of a child hollowed out.

The stone does not speak of the weight it carries.

Norbert Hirschhorn is a physician commended by President Bill Clinton as an ‘American Health Hero.’  He lives in London and Beirut.  His poems appear in four full collections.  See www.bertzpoet.com