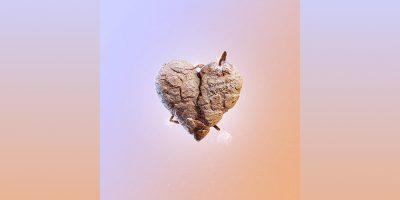 Anyone Can Whistle opened on Broadway in April 1964 to mixed reviews and closed shortly afterwards.

Nearly 60 years on, this Southwark revival deserves to run and run as Georgie Rankcom’s inspired direction does justice to Sondheim’s genius, even when in its early phase, to make musicals from the most unlikely material.  The miraculous harmony, more powerful than any conventional romance, is in the human journey to personal fulfilment against the odds.

Sondheim’s starting point is Arthur Laurents’ satirical tale of a town where the mayoress controls everything with the help of her henchmen and is willing to resort to desperate lies to retain power over a population divided into conformists – who play golf, watch TV and are married with two children – and “cookies”.  The cookies are “people who make other people nervous by living individual lives” and are therefore locked up in the asylum for the “socially pressured”, otherwise known as the cookie jar.

Anyone Can Whistle may be the theme tune, powerfully sung by Chrystine Symone as Nurse Fay Apple, the one person who can’t, but the beating heart of the musical is the 13-minute dazzling tour de force Simple led by Jordan Broatch as a smiling, charismatic, psychedelic Hapgood.

Somehow the truly inclusive cast, whose diversity extends to the non-binary and the multi-racial, squeezes onto the narrow strip of a stage before blending into the audience and adding to the joyful confusion in which there is no difference between the supposed cookies and the conformists who acknowledge they pay taxes to governments that spend them on bombs – behaviour that surely makes them certifiable.

While Broatch’s Hapgood works his non-binary charm on teaching Nurse Apple to tear up the rules, Alex Young as the nymphomaniac mayoress Cora Hoover Hooper loses her grip on power, inspiring much genuine, laugh-out loud humour in the process.

It all amounts to the kind of tonic we need in times that make Mayoress Hooper seem benign and when keeping the faith in the happy and good miracle of being alive is possibly harder than ever.