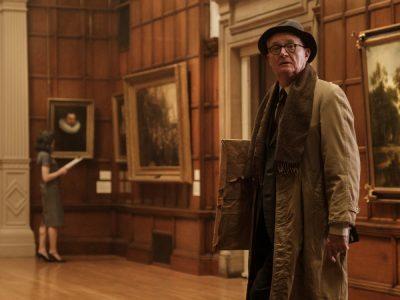 The overall tone of a film is not something discussed very often in heavyweight criticism.  That is probably because it is a difficult concept to define and, for film-makers, something equally difficult to achieve.  It hovers somewhere between the screenplay, the direction, the performances, the editing, the production design and cinematography and the music.  When the tone is inconsistent as, for example, in the recently released House of Gucci, or worse, when it is all over the place, as in Michael Winterbottom’s Greed (2019), the result is a film which, despite its merits in particular areas, leaves the audience unsure of their footing and therefore unsatisfied.  Great contemporary and recent film-makers, let us say Polanski, Scorsese, Rohmer and Bergman always established and maintained a consistent tone in their films such that, whatever the actual story being told, the audience’s emotional response was secured and the film-maker’s ideas were conveyed with conviction.

Why the long preamble?  Because in The Duke the director Roger Michell (sadly, recently deceased) establishes exactly the right tone from the outset and maintains it steadily right up to the film’s very satisfying conclusion.  The film touches on nostalgia, grief, humour and bloody-mindedness in its telling of a true story from 1961.  Jim Broadbent plays Kempton Bunton, a part-time taxi driver from Newcastle, periodically unemployed, a failed playwright and a warrior for social justice forever snapping at the heels of the establishment.  He hatches an unlikely plan to steal the recently acquired Goya portrait of the Duke of Wellington from the National Gallery in London and, even more weirdly, later returns it.  Helen Mirren, in a role unlike anything she has done before, plays his downtrodden yet steely wife.  George Fenton’s score and not-quite-tacky split screen visuals position us firmly in the early 1960’s milieu.  The script bristles with crisp dialogue, my favourite line being Kempton to his son: “You’d lose your balls if they weren’t in a bag.” Both the leads are excellent and in supporting roles Matthew Goode as the posh-but- sympathetic barrister and Charlotte Spencer as the other son’s snooty girlfriend stand out.

It is easy to resist films described as being warm-hearted as that often means sentiment has been uncomfortably shoe-horned in.  Not so here.  Here the warmth arises from a genuine and belligerent attachment to human decency.  This film is definitely not a block-buster, it quite possibly will not travel well abroad, and it has been woefully ignored by the BAFTA voting procedures, but The Duke is, I guarantee, one of the most satisfying and pleasurable ninety-six minutes in a cinema in a very long time.

The Duke has been in various international festivals and is scheduled for release in the UK on February 25, 2022.[17]