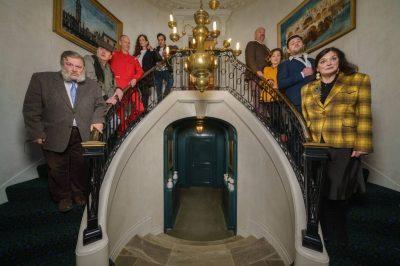 Gianni Schicchi, the protagonist of Puccini’s only wholly comic opera, was a 13th-century Italian knight immortalised by Dante in the Circle of Impersonators for pretending to be the rich gentleman Buoso Donati and dictating a testament highly favourable to himself.

His special place in Dante’s hell is a price worth paying in the cause of young love and an evening of entertainment, which the passion, ingenuity and energy of Grange Park Opera delivers into our homes in the form of its sixth “Pandemicist’s Cinema” film.

It’s the perfect escapism for our times.  The Commedia dell’Arte plot transports us to a society where death is a heartless joke that matters only in so far as it can enrich the living.  It’s also a source of joy as we share the satisfaction of thwarting the relatives and their crocodile tears with Schicchi, the Harlequin figure, played by William Dazeley, wiry and wily in a red boilersuit as he merrily subverts the social order.

Together with the lyrical lovers – his daughter Lauretta (Chloe Morgan) and her beloved Rinuccio (Luis Gomes) – Schicchi dominates audience sympathy.  We cannot fail to approve of a father motivated by a daughter who tugs at his heart strings with one of Puccini’s best-loved arias “O mio babbino, caro” (oh my dear papa)?

Under Stephen Medcalf’s direction, Schicchi listens indulgently on one side of a door, while Lauretta, in the jumpsuit she was wearing to help in her father’s garage, beseeches mellifluously from the other.  As the door opens a crack, she smiles the sly smile of a daughter who has won over her father to the cause of securing a dowry so she can marry her true love. 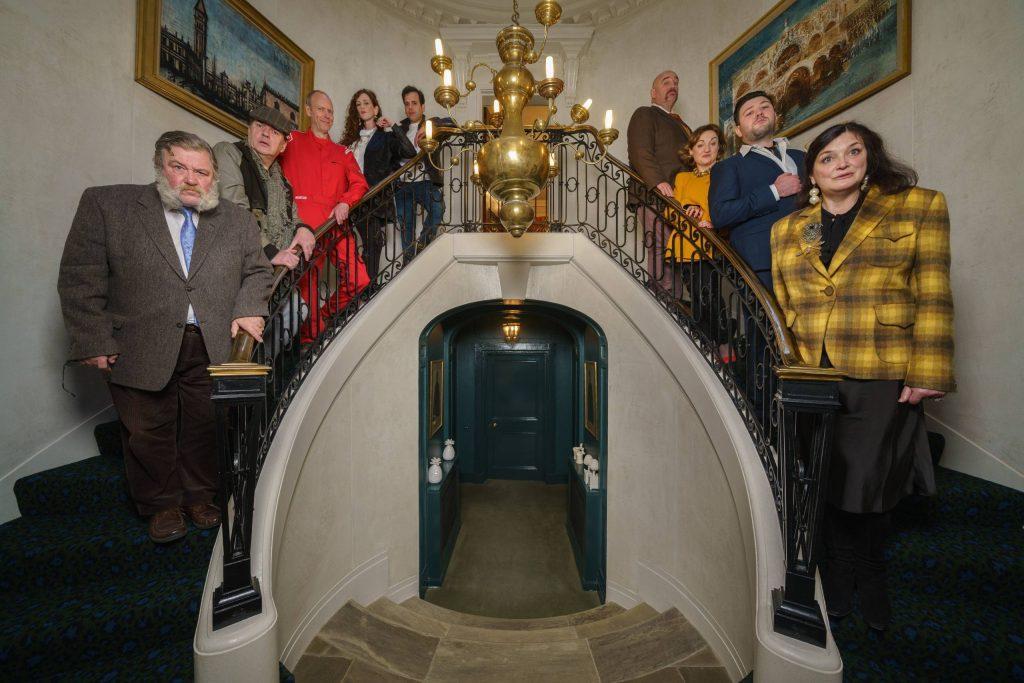 The moment is the more touching for the contrast with all the grasping relatives, sent up with relish by the rest of the cast.

The earthly punishment if they are caught meddling with the will of the dead man, who sits beneath a blanket during most of the action, is banishment from glorious Florence, as Schicchi reminds them.

The warning is powerful: Dante was banished from his native city after he found himself on the wrong side of family feuding; the pandemic exiled opera from the opera house. 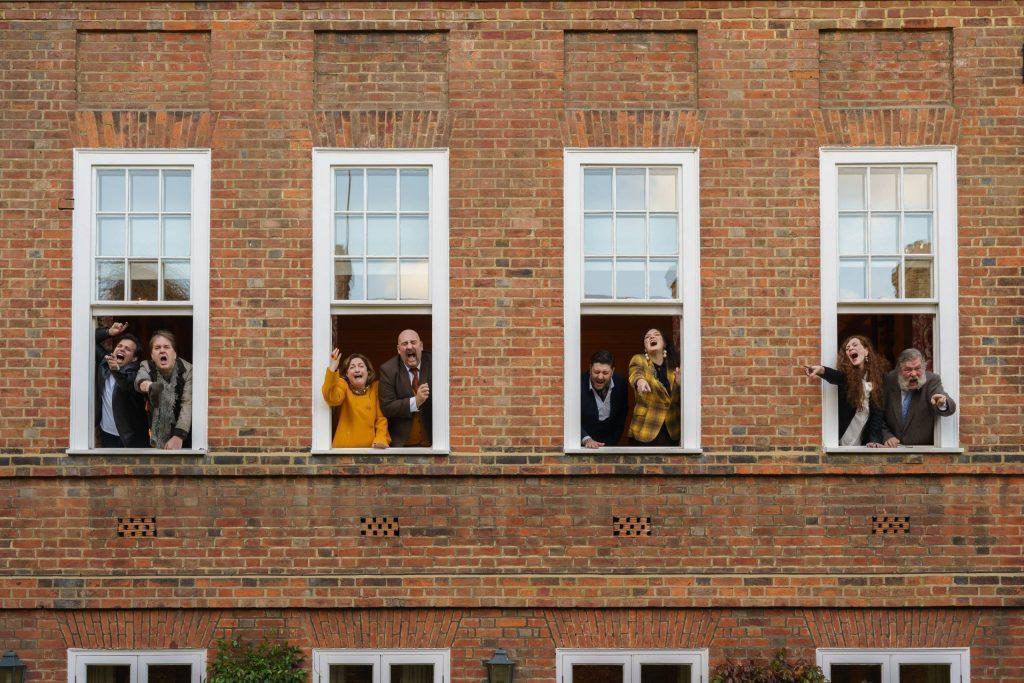 Grange Park Opera is set to return to its Surrey home this summer.  Meanwhile, it has immediacy and charm as it takes up temporary residence in the Donati mansion, while an appealing dog – instead of Buoso Donati’s valuable mule – waits patiently on the step outside.