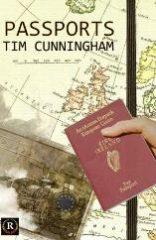 The opening poems in Tim Cunningham’s collection deal chiefly with childhood memories and also with current observations of the natural world. What strikes me as refreshingly (and perhaps unfashionably) unusual about them is their unpretentious sense of gratitude both for a life already lived and also for what life has to offer now. Cunningham recalls a time when a horse-drawn coal delivery cart would come down his street; and because ‘coal was dear, bordering on luxury’ a child might retrieve any lump that fell off the wagon and ‘Taking it home with the pride of a boy / Who had caught a fish for supper.’

This is perhaps a little fanciful; but Cunningham is no doubt being completely honest when he speaks more than once of his present-day delight in the song of a blackbird ‘boasting his Royal Academy training’ and how he envies the pigeons ‘on an adjacent roof / best seat in the house.’ He places the blackbird at the centre of an ‘afternoon rhapsody’ in which many birds and insects play their part, generously acknowledging that

Cunningham may or may not be consciously putting a positive and rural spin on Sparrows can’t sing, the title of a rather bleak urban play of the 1960s; but he certainly imposes a touch of optimism on a downbeat cliché when he talks about his enjoyment of frost and snow in a poem he entitles “A winter of content”.

And now comes one of the unexpected turns in this collection. Immediately after “A winter of content” we get “Threshold” which is a short, but rather graphic, poem about the martyrdom of Margaret Clitherow at York in 1586. This is a good poem but it is so different in tone from what has come before that one might have welcomed a section break as a warning. And there could indeed have been such a break because the poems that follow “Threshold” are memory poems very unlike the earlier light hearted ones. They reflect the experience of growing up in a place and time where devout and quite severe religious observance was very widespread. Hence it is the absence of religious symbols that is the distinctive feature about the poet’s recollection of a certain room:

And as a reason for removal of these items Cunningham gently suggests that it was ‘Perhaps, in answer / To unanswered prayer’.

These are subtle poems and they deal respectfully with matters of personal piety that might nowadays be regarded by many as obsolete or even misguided. Cunningham is well aware that some aspects of faith have been tarnished by scandal and yet he is concerned about the good parts of tradition and experience that can be lost through over-reaction

Relations between church and internet are more cordial in these days of coronavirus and social distancing when congregations have to gather using conferencing platforms like Zoom. Cunningham can hardly have foreseen this but his poem “The Upper Room” responds to a sign advertising a Christian website

Wryly the poet regrets that this door to heaven is denied to those ‘not having a computer or a smart phone.’

Another comment on differences between sacred and secular occurs in a narrative poem in which two people, on their way to a rendezvous, both ask the way to the railway station. One gets directions based on all the churches along the route while the other has to navigate using pub names. Is there an implied lesson in the outcome that the person guided by churches reaches the destination first?

After these ecclesiastical poems we meet the second major surprise in the book. “Ebbing” is a mysterious three-part poem which is much more enigmatic and elusive than anything that has gone before. It involves ‘a tall figure … haunting a rock /on the sunset side of the bay’ and seemingly mourning a long-ago tragedy as he hears voices declaring

This very fine poem ushers in the last third of the collection which contains some further elegiac pieces, many of them relating to the poet’s father who was killed in World War Two.

The final part of the book is rather more downbeat than its opening and features anti-war poems as well as laments and warnings on environmental issues. However it also offers a kind of completion of the narrative arc that began with the opening poems about childhood memories and child-like enjoyment of nature. Cunningham describes his own recent return to his native Ireland and reflects in a more general way on the life of an emigrant. We begin to realise that the word ‘passport’ has appeared quite often and that the book’s title, Passports, reflects an underlying theme of movement and a concern with both what we leave behind and what we must carry with us (whether we want to or not). Hence ‘grenade’, as in the extract above, is another loaded word we meet more than once; and so is ‘tongue’ with its hint of foreign languages as well as the spiritual overtones of Pentecostal fire. Evidently this book is more complex than we might have assumed from its first few pages…

There is one more ingredient in the mix which I haven’t yet mentioned. Cunningham also gives us a few poems about writing poems. I am often a bit wary that these can be a bit cosy and self-indulgent; but I have to allow that there are some rather good examples here. “The Poem on Page Eleven” imagines the feelings of a poem that was regularly performed in the months following the launch of a particular collection but is subsequently sidelined as its author has new volumes to promote. Its fond hope is to be ‘considered for what is called a Selected’. Another splendid jeu d’esprit is the list of terms and conditions for “The Omega Prize” to be awarded for a best last collection.

Cunningham also has a view on poetic forms as being

It turns out however that he is not reflecting on the process of composition but talking about choosing poems to read from an anthology. Which seems fair enough, because Cunningham does mostly write in free verse and seldom employs formal structures other than regularity of stanza length and occasional well-judged use of repetition. However, this is not to say that his writing lacks craft and readers will find this book has all the sureness of touch to be expected from a poet with seven previous collections behind him (and – so a little bird tells me – another one in progress!)
.