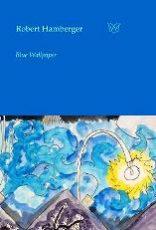 You can be lulled here through Hamberger’s first 25 pages (21 poems, many of them sonnets) before pausing for breath at ‘Rimbaud Variations’ and then realise that you’ve been reading an autobiography with a difference – beginning with memories of the poet’s mother and her last days – and ending with a dreamlike otherworldly ‘Coming Home’ that is no homecoming. Nor is it straightaway obvious as you move into the second half of the book that the autobiographical sequence is still happening. A glance at the poet’s three earlier collections, which contain many personal and autobiograpical poems, reveals that he’s never tried the uninterrupted ‘life study’. Saving it until his fourth book is maybe the secret of its success, its strangeness and its self-assurance. The first poem, ‘My Mother as Ingrid Bergman’ presents early photos in a cunning precursor to her later drift into dementia:

The allusion to the famous last scene of Casablanca conceals similar facts about his mother’s ‘last reel’ in which:

The seven sonnets in the opening sequence work quietly together to unlock a calm bewilderment and deep feeling that’s always hinted at but never directly asserted. The fourteen poems in ‘Coming Home’ then immediately pick up the thread, almost literally. Here is the first, entire:

There’s a good deal of restraint and self-control in a mix of 4 and 5 stress lines held by the sonnet’s traditional rhyme-scheme. This and ten others about Tamla, milk-shakes, an escapologist, an extraordinary aunt, Dinah Wahington, musicals, learning how to kiss, a teenage ‘affair’ and grief for a dead friend make an unusual vehicle for carrying us towards ‘Coming Home’, one of only four longer poems in the sequence. It’s a typically wild but strangely repressed scenario:

It is in some ways the expected ‘revisit’ finale but there’s a dream motif surfacing at the end which makes it once again different and surprising:

The seven sonnets that make up ‘Rimbaud Variations’ act as a gateway to end the beginning, but I find them lively enough without quite seeing how, as adaptations of translations, they earn their keep. The no-longer surprising ‘Arsehole Sonnet’ suffers, post-Raine, from over-exposure – and side-stepping the motive of parodying Albert Mérat as in Rimbaud/ Verlaine’s original leaves me wondering quite what’s left. Someone will no doubt tell me that avoiding the original’s parody is the whole point, in which case ‘The Golden Dragon’, which follows immediately, is far more direct and suited to the purpose:

It’s the tale (tail)-end of a precariously shaped ornament, a deliberately flamboyant introduction to a group of closely observed beasts, and, as in the first half of the book, three sequences make up the second half: Golden Dragon (creature poems); Husbands (on loves, griefs and ageing) and Being the Sea (a more substantial homecoming). One of the creatures (‘The Kestrel’) offers a gruesome description of a hawk spotted in a garden where the speaker ‘has to look’ – the subject being and having therefore a kind of helplessness:

One of the best here is ‘Failure, My Horse’ – a triumph over timidity inspired by James Fenton’s essay ‘A Lesson from Michelangelo’. Hamberger’s horse doesn’t care, may not know much about Art but knows a good tree for scratching. His preferences may or not be in fashion and he’ll insist that ‘raising one fetlock / before the other / requires art’. His conclusion (‘Being horse is sufficient’) adds up to the kind of ownership of failure recommended by Fenton. But all of the creatures – lobster, pig, python and fly – along with the horse and the dragon – are brought into focus with realistic detail whether or not they are real. At the end of this group ‘The Next Word’, dedicated to the poet Ann Atkinson, seems to be an alternate take on Hughes’ ‘Thought-Fox’, where word is caterpillar, crocodile and, finally, a hare leaving its print ‘on a fog-blurred page.’

The temperature changes abruptly in the ‘Husbands’ poems, beginning with the execution in Iran of Mahmoud and Ayaz ‘In Justice Square’. Unfathomable bewilderment would be easy to get wrong, but Hamberger has an unerring way with big themes:

And then, in ‘Moment’, a poem about a friend’s death:

These poems, eleven of them including five more sonnets, are, to risk a cliché, breath-taking. In ‘Late’, the waiting partner says,

You have to go back and check he wrote ‘head’ and not ‘mind’ or memory. I reckon this is powerful stuff in anyone’s lexicon:

which is followed by ‘Postscript’, as if to remind us he’s never going to be swamped by anything resembling sentimentality:

These poems tread a fine line, often risking cliché but never succumbing to it, which is another way of avoiding timidity. It’s probably best not to quote from ‘Thanking the House’ or the sad and funny ‘Becoming a Lucian Freud Nude’ but rather just say they might be worth the price of the book on their own. This penultimate sequence ends with ‘Husbands’:

Sometimes a Hamberger poem can make you believe reticence is the new confidence. I can recall Lowell saying, when asked what he’d like to be remembered for, ‘I’d like them to say I was heart-breaking’, and just when you’re thinking Hamberger may never find a way to end or follow this, the final sequence (‘Being the Sea’) gets under way. It’s likely anyone who writes might try an ‘Unpacking the Books’ equivalent, where titles enclose and define a life:

He’s even willing to risk seeing his name ‘between Hacker and Hamilton’ (not unlike people who own up to googling themselves) but then comes the, by now expected, sting in the tail:

A reader could be forgiven for expecting a continuing death-centred journey with titles like ‘Funeral Tie’, ‘The AIDS Memorial’ and ‘Leaving the Party Early’ looming ahead, but the expectation will again be thwarted by several life-enhancing moments. It strikes me that ‘Leaving the Party Early’ may turn out to be one of those ‘Lake Isle’ poems the poet never shakes free of, but unlike Yeats he can be at ease with this one – with its faint echo of the sentiment in Jenny Joseph’s poem about growing old and wearing purple. Here is the complete poem:

Finally, the poet is recalling the secure and steady ‘Blue Wallpaper’ of his childhood while considering his new home by the sea:

There are a number of images like the one of ‘light strumming water’. It is a kind of surrealism Hamberger frequently allows himself amid the otherwise insistent realism of his main diet. It’s usually unobtrusive, as I think it is here, and is made to work by the aptness of its context. And it almost goes without saying that we have been gently returned to the setting and subject of the opening poem – one among many reasons for seeing the whole collection as an attempt at the ‘life study’ sequence I mentioned earlier. I may be behind the times, but Waterloo Press, a new one to me, has helped in producing a very fine book, quite possibly Robert Hamberger’s best so far.