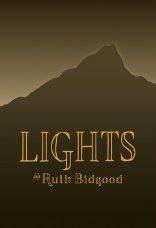 The great poet Ruth Bidgood is now ninety-seven, and has called this pamphlet her swan song, yet her work is as powerful and relevant as it has always been. She lives in the ‘green desert’ of mid-Wales, ‘a valley where some still alive remembered hunger’, and many of the themes in this short collection are familiar – broken chapels, silent villages, ‘as if the last humans had died’. At night it’s very black indeed, with only a few widely scattered lights. Yet humans constantly push back and assert the value of effort and memory, as in ‘Flowers for Easter’, where the speaker is looking after someone’s grave, perhaps a daughter’s:

Entirely different and quite surprising is ‘Death of an Ant’. The speaker is wondering whether to put down ant powder, destroying a colony of fellow creatures, and eventually does so, but actually this poem is tackling a much more difficult subject and serves as a metaphor for the feelings of those who fear of being swamped by immigrants. Evidently, for Ruth Bidgood, a swansong does not involve playing things safe!