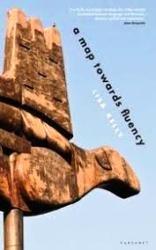 Firstly, I’m deaf on my left side as Lisa Kelly is, and we’ve joked about that. She is also right-eared. I usually sit at the Torriano Meeting House up front so that my one ear is given full hearing, and I strain to watch lips. I’ve never written about this lack, but I’m glad Kelly has done.

Secondly, I didn’t have a mother who spoke Danish, as Lisa Kelly did. She couldn’t understand that language, partly because of her lack of hearing. Occasionally, my mother spoke Yiddish, when she didn’t want me to know what she was saying. I never caught that language, either.

What I like especially is Lisa Kelly’s poem about sitting naked for artists, as an artist’s model. ‘Life Model’ begins,

And in the second stanza:

She goes on about her partner who is an artist and doesn’t understand anything about how she feels…well, that’s almost the run of the book, how she feels…the run of any poet’s collection.

Here’s one about her problem with her ears: the second stanza goes

What she heard is ‘b’ instead of ‘d’ in that word.

And I much like ‘Aubade for an Artist’, which ends:

Lisa Kelly is clearly an artist and very definitely a poet. She has divided her collection into several parts: Scale and Accuracy, Coordinates, Orientation, Projection, Navigation, Legend and Neatline. Kelly is upset by the functional waste of animals, the remains of which are listed in ‘Fragmentation: Top Ten Objects, Grant Museum of Zoology’. ‘The Negus Collection of Bisected Heads’ goes thus:

Who can blame her for being upset?

Kelly’s poetry can be brilliant, but there’s a bit too much of it here – as there would be in a first collection assembled too late in a poet’s career which comprises both the brilliant and the self-consciously artistic. I do look forward to the next collection. But this one is very good, for all its occasional pretensions.