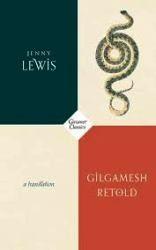 It would hard to underestimate the importance of The Epic of Gilgamesh and not to be in awe of the scholarship that has established something approaching a standard text since archaeologists discovered it on a set of twelve clay tablets in 1853. The most comprehensive version is written in the ancient semitic language Akkadian. It predates the earliest books of the Old Testament and is several centuries older than Homer. However, this text is itself based on earlier versions written in Sumerian that go back beyond the second millennium BC. Moreover, scholars are constantly discovering new clay tablets with further fragments of the story, which are often based on significantly different versions arising from an extensive oral tradition. Thus, there is no absolutely canonical version of The Epic of Gilgamesh as there is, say, for the Iliad or the earliest biblical texts. In her Afterword, Lewis explains the ways in which she has attempted to engage with this body of material and, as is implied in her title, Gilgamesh Retold, has written a ‘response’ rather than a strict ‘translation’.

Nevertheless, those readers familiar with the tale from other editions will recognize its broad outline. Moreover, in a variety of verse forms, Lewis has written a poem that is engaging, brisk and reader-friendly. It is likely that many an assiduous student of literature has found it pretty hard going to make much headway through some of the more academic translations that are like the ruins of an ancient city, where at every turn one is interrupted by footnotes, lacunae, conjectures. This is not in any way to underestimate their importance, but they are not always the easiest of reads. Of necessity, Lewis, like the earliest interpreters of this legend, has had to adapt and reconstruct it, while remaining true to its spirit.

In the Prologue, Lewis presents the bare bones of the story in that emphatic alliterative metre that is familiar to us from Anglo-Saxon verse, which is itself the original source of poetry in our own language:

Once the reader is drawn in, the pace does not slacken as we follow the adventures of Gilgamesh, a great but flawed king, and his companion Enkidu. The narrative itself is gripping, but what is truly remarkable is how universal its themes are and how relevant they are to us today. Much of Western literature can be traced back to these themes: the responsibilities of power, self-aggrandisement and hubris, personal growth gained through suffering, the relations between the sexes, nature and civilisation. The Epic of Gilgamesh is the earliest recognizable great work of literature and one which has informed much that has come after it via the influence of the Greeks and Hebrews.

Gilgamesh, whose legend is based on the life of an historical king, is first presented as a man who is privy to great knowledge but one who is wilful and abuses his power:

In order to guide him along a path leading to wisdom, the Goddess Arura creates Enkidu, ‘a wild man from spit and mud.’ It will be Enkidu’s task ‘to tame him.’ Enkidu is first seen as a force of nature and in total harmony with it:

It is particularly fascinating that a legend going back to the growth of cities and the birth of civilisation is already informed by a dichotomy that we have not yet resolved: the separation of civilised man from nature and, by extension, our responsibility towards it. Before too long, however, Enkidu is drawn into the city, where it will be his destiny to become Gilgamesh’s loyal friend and companion..

Not the least of the pleasures to be savoured in Lewis’s text is her skill in handling a range of different verse forms. In the second section ‘He Saw You in Dreams’, where the seductress, Shamhat, tells Enkidu that the king is waiting for him, she employs a capacious eight-lined rhymed stanza. In the second section, ‘Enkidu’s Decision’, she uses terza rima, a verse form associated with Dante and his own great epic of self-discovery:

In Section four ‘Enkidu and Gilgamesh’, ‘the wild man’ sets off for Uruk, an episode which is narrated in stately blank verse allowing Lewis plenty of scope to exercise her powers of description. Enkidu is immediately outraged by Gilgamesh’s abuse of power, exemplified by his sexual exploitation of a young bride. This is again a theme of the utmost contemporary significance. After a titanic struggle, in which the king acknowledges that Enkidu is his equal in strength, they treat each other as brothers.. The tension between civilisation and the world of nature is further developed when Gilgamesh takes Enkidu, against his better judgment, on a quest to seek out and kill the ogre Humbaba:

The battle with Humbaba in the Cedar Grove is an atmospheric set piece whose full effect is best heard on the audio version. An impressionistic soundscape for various voices, it is analogous, perhaps, to some of the passages in Logue’s adaptations of Homer, but has an affinity also with the magic forests of medieval romance and the encounters with ogres which so frequently take place there. Ironically, the ogre Humbaba, who, in the end, is defeated, seems remarkably civil. It would seem at this point that Enkidu has severed his bond with nature. Hereafter, there are further acts of hubris for which a price has to be paid: the death of Enkidu and Gilgamesh’s subsequent grief. It is at this the point that Gilgamesh embarks on a quest by which he will achieve wisdom through suffering:

It is lines such as these that led Rainer Maria Rilke, an early admirer of the epic, to refer to it as ‘the epic of the fear of death’. A foundational text, The Epic of Gilgamesh has now, in both its printed and audio versions, been made more accessible than ever before to the general reader.. For this, both Lewis and her publisher deserve our thanks. Along with the themes outlined above, it contains the story of Uta-napishtim and the flood on which the biblical narrative is based. Moreover, this forerunner of both Noah and Deucalion laments, like Tithonus, another classical archetype, the curse of immortality. By any standard, Jenny Lewis’s Gilgamesh Retold is essential reading, not only for her magisterial synthesis of ancient myth, but for her impressive variety of metrical forms which in itself mirrors the evolution of literary traditions from the Dark Ages to the post-modern.