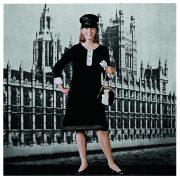 If Brexit is the result of a backward-looking nostalgia, the Swinging London of the Chelsea Set was the opposite: it marked a determination to move on from the devastation and austerity left by World War II.

Around half a century on (the exhibition spans 1952-77), the time is ripe for reflection on whether the impact endures as some of yesterday’s bright, young, fun-loving things are among those backing today’s reaction – just as their parents and the more conservative provinces did not inevitably approve of short skirts and psychedelia.

This time the establishment is a driver of disruption that goes well beyond fashion. Conversely, the Chelsea Set – a group of architects, designers, photographers and artists who redefined the concept of youth – were extremely well connected.

The exhibition’s claim that their rebelliousness from previous style led to an inclusive, multi-cultural, liberal society is in question as we ask whether the openness of the sixties and seventies – when Britain voted to join the Common Market – was no deeper than a fashion.
Symbolically, Terence Conran’s Habitat shop has left Chelsea’s King’s Road as the brand in latter years has been taken over and its high street presence drastically shrunk.

The commentary, however, doesn’t dwell on the contradictions and in the tradition of previous displays in this museum founded by Zandra Rhodes, Swinging London speaks primarily to design students of style’s power to lift our collective mood. The appeal that its educational, fashion-history approach also has for the anxious liberal classes, looking for light cultural fare before they hit the humming bars and eateries of Bermondsey Street, is almost accidental.

We begin with the opening of Mary Quant’s Chelsea boutique Bazaar in 1955, when the hottest item in stock was a pair of “lounging pyjamas” for saucy day-wear inspired by Victorian underwear.

The interplay of decades continues as the flapper’s drop waists of the roaring twenties inspire Quant’s 1960-61 flapper-style dresses, which dummies sport against a backdrop of Conran’s slick furniture.

We’re also told to imagine that the slim figures clad in Quant’s designs were nourished by the cooking of Elizabeth David, whose continental cookery books had at least as much influence on the way we eat as Quant and Conran had on changing how we dress and furnish our homes.

I found myself remembering the scene of Michael Caine cooking up a gourmet storm in The Ipcress File, but the Michael Caine of the exhibition is the one starring as Alfie alongside Jane Asher, then Paul McCartney’s girlfriend. Asher’s outfit is a Mary Quant mini-skirt suit in a Liberty print as Art Nouveau meets psychedelia and proves the best designs are relevant to every generation.

Perhaps the exhibition’s biggest surprise is the inclusion of Bernard and Laura Ashley. We discover they explored “urban ruralism” from their kitchen table in Pimlico before decamping to Wales in the early 1960s and their fashion empire began, not with the flowers and frills for which they tend to be known, but with very simple gardening smocks and basic dresses.

They don’t come across as radical now, but they were a liberating leap forward from the prim, restrictive couture of the 1950s.