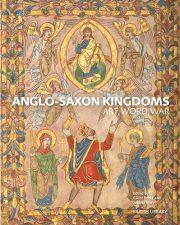 Domesday Book, William the Conqueror’s 1085 survey of his recently-won kingdom, merits an exhibition in its own right.

But the British Library’s decision to place the book, on loan from the National Archives, in context as not just the beginning of post-conquest Britain, but the continuation of Anglo-Saxon times is inspired.

It makes us realise the extent to which it is a record of what came before the events of 1066, as well as a snap-shot of the new Norman rule and how much of our national identity, based on the English language, survived a French invasion.

For Brexiteers, that could be cause for celebration, but equally the exhibition’s gathering of the literature and culture that remain from the centuries when our nationhood emerged underlines what they owed to ongoing exchanges between Britain and mainland Europe.

Moreover, our largely Germanic language and gene pool were the result of the 5th-century arrival of Saxons, Angles and Jutes who crossed the North Sea to settle in Britain and threaten the British communities that had survived the withdrawal of Roman rule.

Over the six-centuries covered by this spine-tingling exhibition, boundaries were frequently redrawn.

Linguistically the languages of the Picts, Scots, Britons and Anglo-Saxons stood alongside the Latin of the Church, while kings and archbishops vied for territory and power and Mercia replaced Northumbria as the dominant kingdom.

Uneasy stability broke out with a peace treaty around 880, included in the exhibits, between Guthrum, leader of the Danes, and Alfred, king of the Anglo-Saxons. The Vikings, increasingly tempted by the prosperity that came from relative peace, however continued to raid and, by the mid-11th century, the succession crisis caused by Edward the Confessor’s failure to leave an heir triggered the Norman Conquest.

In the turmoil, much was destroyed, but what the British Library has lovingly assembled of what survived fires the imagination.

It’s an exhibition of firsts. We have, for instance, Codex Amiatinus, the earliest surviving complete Bible in Latin made at the monastery of Wearmouth-Jarrow in England’s northeast and taken to Italy in 716 as a gift for the Pope.

On loan from the Biblioteca Medicea Laurenziana in Florence, this exhibition marks its first return to England in more than 1,300 years. During that time, the one change is a 19th-century alteration on the dedication page, when the name of Abbot Ceolfrith, who set off to Rome with the Bible and died en route, is replaced with that of “Peter of the Lombards”.

Other firsts are the earliest known legal text, dating from the early 7th-century and establishing a 50 shilling fine for anyone who kills a man, and the earliest letter in English, when Ordlaf, a royal official writing to King Edward the Elder, detailed a property dispute.

These documents are beautifully and painstakingly written, but they pale by comparison with some of the most famous manuscripts, including the British Library’s original text of the Old English epic poem Beowulf and the Library’s Lindisfarne Gospels.

Less well-known today but also wonderfully creative is the Utrecht Psalter on loan from Utrecht University Library. In one of the many instances of cultural cross-fertilisation, it spent the period from around 1000 to 1640 in England when its charming illustrations that leap off the page gave rise to what was known as the “Utrecht style.”

Beyond literature and the Church, other branches of learning are represented.

Bald’s Leechbook takes its name from “laeca”, the old English word for doctor. It was probably compiled in the 9th-century and is at times surprisingly modern. Alongside the remedies for elves and night goblins, it describes plastic surgery for a cleft palate and a salve including garlic to treat eye-sores that hit the headlines in 2015 because tests proved it was effective against a strain of MRSA.

Less enlightened, but conceivably inspiration for Gulliver’s Travels is the 11th-century Marvels of the East, which depicts the men with heads in their chest and 20-foot tall giants with lion’s manes who supposedly lived in the lands beyond Britain.

Such manuscripts are an academic’s delight and you will find many of them peering hungrily at the thousands of ancient words on display, but there is also dazzling bling and other visual treats for those questing easier access thrills.

Among these are a glorious golden belt buckle from the Sutton Hoo hoard, embellished with a web of 13 snakes.

We also have the Alfred Jewel, inscribed Aelfred mec Heht gewyrcan (Alfred ordered me to be made), a stunning example of the craftsmanship devoted to a handle for a pointer stick used for following words when reading a book. What better symbol of the importance a civilised culture gave to reading.

The Anglo-Saxons had also begun to need more precise measurements of time. Visitors can marvel at a portable sundial for the 10th-century monied classes with appointments to keep.

Another visual joy is the Lichfield Angel, displayed for the first time outside Lichfield, once the ecclesiastical power at the heart of Mercia. Assumed to be Gabriel, this beautifully strong and clear limestone carving dated from around 800 AD is thought to come from a shrine chest, possibly that of St Chad.

Spong Man, the earliest Anglo-Saxon three-dimensional human figure ever found also has immediate appeal. The pottery lid for a cremation urn, this ancient, hewn man with his head in his hands resembles primitive African art as much as anything European in yet another challenge to our sense of historic Englishness.