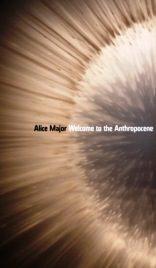 It is a contemporary truism that poetry should not have a design on us, that it should be free of didacticism – an admonition that involves a certain blindness to much poetry of the past (of the eighteenth-century in particular) and unduly limits the scope of poetry in general. Political poetry, for example, is necessarily didactic. In the long title-poem of her new collection, modelled on Pope’s ‘An Essay on Man’, Alice Major, like Pope himself, is nothing if not didactic: it is explicitly concerned with man’s place in the universe in the light of contemporary science, ecology, and climate-change. There are, admittedly, moments of bathos – “But now consider slime mould” – and sometimes too easy an accusation of mankind playing God. She sees us as “meddling / feckless godlings” who “will not admit to limits” – and maybe we are – but it is worth considering that any large mammal that existed in such huge numbers as ourselves would equally and inevitably bring devastation to the earth. I am uncomfortable too with some of her formulations: she tells us that “the universe can calculate”, but the universe can’t calculate anything, it is only human beings who can do that. There are touches of anthropomorphism here which are absent elsewhere in this collection.

In a work of such scope it is inevitable that it should occasion quibbles, but, then, it’s rare enough that a contemporary poem invites you to argue or think. Pope, however, is a hard act to follow, and if we still read ‘An Essay on Man’, it is less for the lessons he hoped to impart than for the sharpness and brilliance of his verse. Major can scarcely compete with this, but she rises at times to eloquence. In “We need each other. Deep within our bones / we know that none of us survives alone” she is Audenesque. In “Indra’s gift to us: to see / in one small pearl, the gemmed immensity” we are reminded of Blake. Elsewhere she is exuberant and celebratory:

A well-established figure in Canadian poetry, and poet laureate of Edmonton, Alice Major is that rarest of beings, a poet whose imagination is fired by science and mathematics. This can result in some rather uncomfortable lexis – references to melanopsin, chromatophores, and cryptochromes ¬– and, indeed, some forced analogies: in one poem, where a sex change operation is seen in the context of imaginary numbers, I was more baffled than enlightened. But she frequently hits home, seeing human beings “filling the mundane area below / the bell curve with our standard variations”. In the brain’s propensity to interpret images as human faces she sees us as dependent on “our necessary, narcissistic metaphors”. We try to make ourselves at home in a universe indifferent to human requirements with “our pathetic need for company”. In ‘Necker cube illusion’ where the eye, refusing to tolerate ambiguity, switches periodically between two interpretations, she proclaims the necessity to hold

In poems of quiet observation, spiced with a wry satirical wit, she brings to life the everyday world of the city, whether it is “The good-time gal receptionist at happy hour” or (at an office lunch) “The conference table set / with plastic forks and margarine / in tubs”. An eye for significant detail, and a sure sense of rhythm, sometimes a tumbling into rhyme, make for some compelling poems: with her broad range of sympathies and wide-ranging curiosity we have a sense of inclusiveness rare in contemporary poetry (which often prefers to live in a world of its own), and a comprehensive vision not afraid of dealing with public issues. In ‘Climate Change Debate’ she foresees the time when

This is poetry with a brain as well as a heart – it not only makes us feel but also succeeds in making us think.