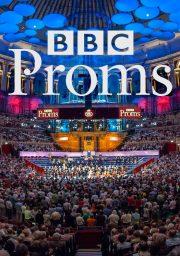 The evening opened with Mozart’s Clarinet Concerto in A Major K622.  This is Mozart’s last finished orchestral work.  Composed in 1789, it is one of the most exquisite of Mozart’s creations.  Annelien Van Wauwe’s interpretation was curiously intimate and delicate.  She did not go for the yearning quality of the Adagio, rather she caressed the sound with such subtlety that it excited a new way of revealing this poignant second movement.  However, there was a problem about the placing of Van Wauwe.  For those of us sitting stage left, she was masked by the positioning of conductor.  The gifted Van Wauwe, a BBC New Generation performer, has a strong performing presence therefore it was maddening that no director had realised she was unseen by so many.

Gustav Mahler’s Symphony No. 5 in C sharp major was written during 1901 and 1902.  Although it has deeply lyrical elements, most particularly the poignant Adagietto for strings and harp, written for Mahler’s new bride Alma Schindler, it feels as if it were written later in the century.  Mahler’s use of late-Romanticism and modernism provides a strangely disjointed mix.  Stephen Johnson’s programme notes tell us that the Symphony has been considered by some to be schizophrenic.  Certainly, there is no real sense of unity to the five movements and this fragmentation of style is not displeasing.  The Scherzo seems redolent of Vienna at the turn of the century.  Is Mahler honouring Viennese sweetness or mocking it? We know that as he was writing this Symphony, he had resigned his post as conductor at the Vienna Philharmonic and was suffering antisemitic attacks.  The Symphony starts with the grim Funeral March.  Did this express Mahler’s state of mind?  This is an eloquent and sometimes angry composition which appears to lay the ground for Kurt Weill and Hans Eisler’s jagged rhythms.  The BBC Scottish Symphony Orchestra performed both works with passion under the energetic direction of Thomas Dausgaard.