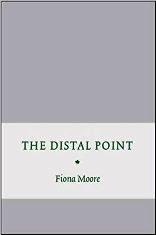 This collection is split into three sections “Overwinter”, “Exclave” and “The Rose, the Stars”. The first builds a portrait of love and bereavement, mostly by exploring memories, some of which become more poignant and foreshadowed by hindsight. “Tower” starts “You’d never climb those worn stone/ spirals up the tower of a church/ or castle” and ends,

The gentle rhythm and long vowels remind readers that there’s no urgency because this is a memory and the poem’s ‘you’ is already lost to the narrator. This is further underlined by the “s” consonance and internal sound echoes (e.g. “shadows”/”unknown”, “prove”/“wrong”). The skill of the poem’s craft is worn lightly.

The second section concerns itself with boundaries, particularly leaving a comfort zone to witness the aftermath of horrific acts. One poem takes the reader to Auschwitz, another to occupied Poland. In “Museum”

This poem builds a series of images of a dictatorial regime seeking efficiency and supremacy through industry and trade whilst keeping people in their gendered roles. The high-ranking woman receiving flowers is not expected to join the workers on the shop floor. The plans never come to fruition. The concept of a red wall in each museum room becomes a menacing motif leading to the chilling conclusion of the last line. The regime in question is not spelled out and the poem is not anchored in history, which suggests the events it records could well be repeated.

The third section feels the most contemporary. The section’s title poem is a love song for life, moving from childhood to adulthood and from morning to a night focused on stars. In “The Sound Crowds Make” a boy’s neck is trapped in a tube train door, head stuck in the carriage, body outside. The boy does survive,

This poem is startlingly accurate in its capture of the collective “oh” that spreads as initial observers attract attention and focus from people standing nearby and the import of the situation spreads through the crowd. The final stanza extends the point to illustrate how crowds get caught in the drama of distressing events. The victim becomes a prop and loses his/her humanity because otherwise the crowd would stop being observers and might interfere in the actions most would prefer not to witness.

The Distal Point contains poems that are crafted and well-considered and they are supported by measured rhythms and careful selection of vocabulary.