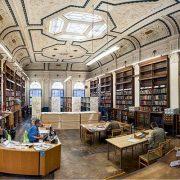 Announcing the Launch of a Celebration of the East London Federation of Suffragettes:

Tower Hamlets will host a celebration of the work of The East London Federation of Suffragettes over the next five months.  The programme includes an exhibition of their story, a recreation of the Women’s Hall, established as the ELFS’ headquarters by Sylvia Pankhurst in 1914, a pop-up restaurant, guided walks following in Sylvia’s footsteps and a series of talks and workshops.  The full programme appears here: https://eastendwomensmuseum.org/the-womens-hall

To mark the launch of this significant event you are invited to attend a day of free activities on Saturday 2nd June at the Tower Hamlets Local History Library and Archive, 277 Bancroft Road, London E1 4DQ.

We are all familiar with the militant campaign waged by the Suffragettes of the Women’s Social and Political Union, who fought for the vote under the leadership of Emmeline Pankhurst.  Very few will know about the splendid work carried out by the women of the ELFS whose struggle for the right to vote was conducted alongside supplying aid to those who endured the evils of poverty in the East End of London during the First World War.

ELFS was founded by Sylvia Pankhurst in 1913 when she was expelled from WSPU for her commitment to the poor and oppressed women of the East End whom her sister, Christabel, did not regard as worthy representatives of the battle for women’s suffrage.

Discover some of these women

The exhibition reveals the stories of some of these women who, so far, have been hidden from history, such as:

Annie started her life as an East End Suffragette with a bang.  At Sylvia’s behest, she travelled to the City carrying two bags of leaflets, where she climbed over three hundred steps to the top of the Monument and showered them on the citizens down below.  On reaching the bottom again she was met by two suspicious police whom she convinced that she’d had nothing to with the outrage.  She carried on supporting Sylvia in all her campaigns until she left for Ethiopia in 1957.

Melvina was an inspiring woman of the East End, whose gift for public speaking made her an impressive advocate for her sisters in the genteel drawing rooms of Kensington and Chelsea.  Sylvia said of her “when in full flood of her oratory, she appeared the very embodiment of toiling, famine-ridden, proletarian woman-hood” seeming, herself, to be pretty much in full flood.

Rosaline showed a level of dedication to ELFS’ cause of the kind which so often holds organisations together but goes largely unsung.  Her participation in every aspect of ELFS’ activities were duly noted in the minutes of their committee meetings which she attended regularly between1913-1916.  Her departure for a life elsewhere was keenly regretted:

*All the ELFS’ members know Mrs McCheyne, for she was one of our first recruits in East London, and has always been one of our hardest workers….

Learn of their achievements

Like the WSPU, the East London suffragettes recruited and canvassed on the streets, spoke at public meetings, formed processions and sent deputations to Westminster, all at risk of police brutality, arrest and opposition from members of the public unconvinced of the justice of their cause.  Sylvia and her supporters were bombarded with urine-soaked newspapers when they first arrived in the East End.

Unlike the WSPU they continued to campaign for women’s suffrage when war broke out and refused to support the war effort.  What’s more, they were incensed by the dramatic increase in deprivation inflicted on the poor of the East End brought about by those who sought to profit from the decreased food supply.  Racketeers diverted food intended for East Enders to be sold “up west” at inflated prices.

The ELFS swung into action.  First they distributed milk to infants whose mothers were too poor to buy it.  When it became clear that mothers found it difficult to feed mal-nourished babies, clinics were opened to educate them in new methods of feeding and provide professional health-care.  Three nurseries were opened where little ones were introduced to a Montessori-inspired form of upbringing.

With husbands away at war women found new opportunities to work in the factories the ELFS set up for the manufacture of boots and toys.  You can see a rare example of an Ealon teddy bear they made at the exhibition.

ELFS also produced their own Newspaper “The Woman’s Dreadnought” which they promoted vigorously around East London.  The organisers of today’s Women’s Hall celebrations have published a contemporary version, “Women’s Hall Dreadnought” which you can take away free from the exhibition as a souvenir.  The Newspaper tells the stories of other overlooked suffragettes, such as Elsie Lagsding and Ennis Richmond who played key roles in the running of the Cost Price Restaurants in Bow, Bromley and Poplar, where all were served with cheap, nutritious food, regardless of ability to pay, and the ticket system ensured that those entirely devoid of means could enjoy their food free, without attracting the taint of pity from others.