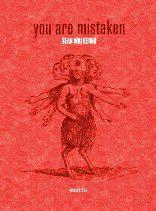 Hannah Lowe and The Rialto’s first Open Pamphlet Competition have done exactly would you’d hope a competition would do – turned up a gem which might otherwise have been overlooked. That it’s hard to imagine coming across many of the poems in this pamphlet anywhere else is a reflection of how unexpected, provocative – and just plain enjoyable – these poems are.

If that’s a bold claim, it’s one that can be borne out.

Wai Keung writes brilliantly about the financial hell hole that is being a young person (or, indeed, anyone) in 21st century England. Poets have always had a curious relationship with poverty. Without wishing anyone poor, or making light of real difficulty – and putting aside, for a moment, questions of economic justice – there’s a certain purity that comes with living without.

Or at least, so poets like to think. It’s no secret, really: you have fewer things. This, in part, explains the pathos of ‘stealing table sauces from wetherspoons’:

It’s hard not to see the same theme mirrored in the pamphlet’s stripped back style, its semi-ironic interrogations of Chinese philosophy, and even the way the poems handle emotion.

One of the first things you notice about you are mistaken is the text itself: everything is lower case, with no punctuation, ‘and’ replaced everywhere by ‘+’. At first, I thought this was an affectation. But besides coming to think it looks cool, you quickly begin to see there is a complete system at work here, one which allows Wai Keung to regulate pace and phrasing. The text becomes a series of building blocks to be assembled and reassembled.

The style isn’t necessarily anything new, and it doesn’t always work. But what’s impressive is the consistency with which it’s applied across a wide range of forms, from simple 14 line poems to blocks of text or poems which range across the whole page, as well as the way in which the style relates to the pamphlet’s themes. It almost always serves a purpose. Wai Keung uses ‘+’ to create a sense of confusion or vulnerability (as opposed to mathematical certainty):

The symbol really comes into its own in the series of poems which start off as introductions to concepts from Taoism: here, ‘+’ is the door by which all kinds of extraneous ideas force themselves into the poem, subverting the original, didactic voice, perhaps also quietly echoing the original language.

As Lowe puts it, the things Wai Keung has to say about ethnicity, mixedness and ancestry – and, I’d add, family – make for some of the strongest moments. These range from contemplative, playful poems, to biting, uncomfortable (and very funny) satire. ‘i think i want to write about race’ is a list of responses to the title. It becomes hard to tell the well-meaning from the ignorant:

Throughout the pamphlet, Wai Keung refuses to be categorized. The title poem in particular is a bracing, pulsating block of resistance. So it’s with a degree of caution that, in emphasising quite how good I think these poems are, I want to say that I kept being reminded of Wendy Cope. There’s the satire, the humour, the tenderness, the bracing honesty.

And there’s something else too. Like Cope, Wai Keung knows what poetry looks like from the outside: how little most of it is regarded or read, how curious its obsessions look. But also its fundamental value:

You feel there’s a big audience somewhere there for these poems. (The pamphlet was recently featured on The Poetry’s School’s Books of the Year 2017). With any luck, they might even reach it.