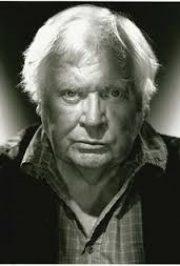 Vulgarity so self-confident, so unrepentant wins a kind of horrified respect.  Ken Russell stands on his own, a mixture, at once frightening and preposterous, of Benjamin Robert Haydon, Hieronymus Bosch and the propaganda-poster artists of the Third Reich.
Dilys Powell reviewing Mahler, Sunday Times, 1974.

The critics never really took to Ken Russell’s films, and it was hard to choose among the reviews of Russell’s operatic vision of Mahler’s life to find a quote which would best represent just how much they deplored his work.

Russell’s careless disregard for biographical facts concerning Tchaikovsky and Liszt and his, admittedly, overwrought approach to their portrayal in the Music Lovers and Lisztomania gave them further cause for outrage.

At the height of his career in the 1970’s Russell succeeded in turning his vision into a number of big-budget movies exploring the sensibility of a director who revelled in the work of Fritz Lang, Romantic painting and music and his own very particular take on Roman Catholicism.

Childhood experiences of seeing the great Hollywood movies of the 1930’s and 1940’s at the pictures were another important influence on his work.  Born in 1927 in Southampton, he grew up with an angry distant father and an emotionally fragile mother who sought refuge from a difficult home life with her son at the cinema.

He was privately educated at Pangbourne College in preparation for a career in the Merchant Marine and studied photography at Walthamstow College.  There were spells in the RAF and the merchant navy and a brief interlude as a ballet dancer with a Norwegian troupe.

In the late 1950’s he worked as a documentary photographer and made some films for the Free Cinema movement.  As a result, he was appointed to replace John Schlesinger as an arts documentary maker for the BBC under the direction of Huw Wheldon.

A contemporary at BBC television described him as a quiet and watchful figure, as far as can be imagined from the flamboyant provocateur with his ruby face and halo of white fluffy hair who would appear later on our screens in front of the camera.

Despite his modest appearance, he pioneered the first biographical documentaries for the BBC which aimed to capture the spirit of the artist, rather than purvey historical facts.  The use of actors to impersonate his subjects was an audacious move, achieved in the face of opposition from his bosses at the BBC, who were still wedded to principles laid down by its founder, the stern, Scots Presbyterian, John Reith.

By his own reckoning, Song of Summer, a film about the final days of Frederick Delius and his amanuensis, the composer Eric Fenby, was perfect, and the consensus is that the BBC has never produced any arts documentaries to rival Russell’s lives of Elgar, Bartok, Debussy, Prokofiev and Strauss.

Russell’s first major movie, Billion Dollar Brain, made in 1967 as part of Len Deighton’s Harry Palmer franchise, gave him the clout he needed to make Women in Love in 1969.

This film was the closest Russell came to realising his cinematic vision while keeping a wider audience, the critics and the studios on board.  It is a lyrical rendering of Lawrence’s novel, which elicited fine performances from Jennie Linden, Alan Bates and Oliver Reed, and boosted the early career of Glenda Jackson.  It was nominated for an Oscar and even praised by Vincent Canby of the New York Times, whose critics are legendarily hard to please.  However, the release of the Devils in 1971 caused a huge outcry.

The original novel, The Devils of Loudun, by Aldous Huxley was intended as an exploration of the trials of religious and spiritual life under the direction of Cardinal Richelieu during the reign of Louis XIV.  It told the story of a radical priest, Urbain Grandier, who was betrayed by a Mother Superior of the Ursuline Order, Sister Jeanne of the Angels, and burned at the stake for witchcraft.

At a distance of forty six years some critics regard The Devils as a timely warning against the dangers of allowing the interests of church and state to becoming too closely entwined.  The critic, Mark Kermode, worked tirelessly to make the uncut version available for the first time and director, Guillermo del Toro, cites it as a major influence on his own work, together with the Music Lovers and Savage Messiah.

In the 1970’s he was still able to raise the money for films, such as The Boyfriend, Tommy and Savage messiah, but his reputation for excess and unwillingness to compromise deterred mainstream movie makers from continuing to support him.

In the 1980’s he made a successful foray into science fiction with Altered States and continued to explore familiar themes in Crimes of Passion, Gothic, The Lair of the White Worm, The Rainbow and Salome’s Last Dance.  The last substantial production, Whore, in 1991 caused the usual furore, but as Russell pointed out, it did at least depict the harsh realities of sex-work rather than creating a confection like Pretty Woman which glorified life as a prostitute.

The money dried up and Russell’s final films were made at his home where he could, in the end, do as he pleased.  As a Grand Old Man of cinema he could be found discussing his work at length at international film festivals and talking to future generations of film-makers at Southampton University and the Newport Film School.

When he died in 1984 he was in poor health, his house in the New Forest had burned down and he was prone to depression, but in his final days he found enormous consolation in the company of his fourth wife, Elise Tribble and his old dog, Nipper.  His imagination remained as fertile as ever.  He knew he hadn’t betrayed his talent for fame or money and was leaving behind an extraordinary legacy.

There are problems with the work.  Even his admirers wondered if he couldn’t have reined it in a bit sometimes and there is the question of the phallocentricity of his camera’s gaze on naked, female flesh which cannot be just be waved away.  Some would argue that his use of female nudity shattered values cherished by the establishment, but this argument has long been trotted out in defence of material which can be very difficult to distinguish from plain old pornography.

Russell’s work could be shocking in the best possible sense of the word and more than lived up to his favourite dictum, “wake ‘em up”.  Directors such as David Cronenbourg, John Landis and Terry Gilliam are among his admirers.  In the words of the great Italian director himself, he was “the British Fellini”.

The University of Kingston is hosting a conference between 14th-16th July Ken Russell: Perspectives, reception and legacy.