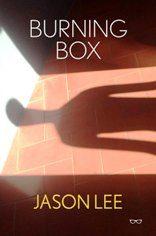 If there is a typical Eyewear book, this is it: wry observations, muscular language with every word earning its place, provocatively challenging the reader to re-think their own assumptions and prejudices. ‘Poet for Hire’ looks at the pitfalls of being one,

There’s always another level of achievement: one book leads to the next; being able to charge a fee for a reading draws comparisons with those who can charge more; the honesty of washroom graffiti is a reminder of how many people you haven’t yet reached – all of which leaves the poem’s addressee feeling like the woman at Camden Lock begging for attention and aware of the ugliness of that. The tone is bittersweet, the accumulation of details suggesting the poem’s addressee shouldn’t get ideas or ambitions above their station.

Responsibility is explored in ‘All About My Mother’,

It tends to be mothers, rather than fathers, who get the blame for how children turn out. The poem’s directness and subversion of the cliché at the end suggests that for an adult child to continually blame their parent, instead of taking responsibility for their own lives, isn’t a comfortable place to be. In the same way, watching “a rape scene/with my mother” stops the observer simply seeing a scene in a film because the mother’s presence prompts the observer to think about the implications of what they’re seeing. It’s clear that responsibility for the change between book and film lies with the director although the reference back to the title implies the director will deflect the blame. It’s a poem where the repetition is really effective at drawing the reader’s attention back to the theme and gives the poem its underlying structure.

In ‘Sick-Com’, TV blends with reality,

This blurs real and fake with images and scenes that could be either, even “we mutter our goodbyes”; muttering occurs when we’re not intent on communicating, just going through the motions or hoping the other person doesn’t hear. I can hear this performed as a stage whisper, like a wildlife programme narrator, especially with sibilance of “s” sounds at the ends of lines in the second and third quoted stanzas. It becomes a comment on the human zoo.

Burning Box is an epitome of a typical Eyewear publication, and a recommended read.

.
Emma Lee‘s most recent publication is Ghosts in the Desert (IDP, 2015) and she was co-editor for Over Land Over Sea: poems for those seeking refuge (Five Leaves, 2015) and Welcome to Leicester (Dahlia Publishing, 2016). She blogs at http://emmalee1.wordpress.com