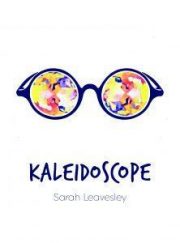 The problem with the outpourings of therapy is that they tend to be most interesting to the people involved, whereas the highest art is characterised by universal appeal that extends beyond the personal.

Sarah Leavesley’s imaginary Claire is advised to write by a psychiatrist, as doctor and patient try to piece together a life as shattered as the glass in a kaleidoscope.

Claire is the first to dismiss writing as a waste of time, but she nevertheless fills 62 pages with an account of post-natal depression made doubly dark by the suspicion she is guilty of something worse than self-destruction.

The work’s strength is the writing is poetic and accomplished and the fragmented form is a plausible aesthetic parallel to a mind crazed with grief.  We can well believe it’s all based on fact and the novella’s brevity might suit our time-poor age.

Its weakness is it is too short to engage us in another’s experience.  We only glimpse the depth of the trauma and we’re left with the feeling Claire’s story is most valuable to those who have themselves endured the most harrowing of losses.

For the rest of us, the patterns of pretty words, such as “the satin of silent time” and the ripple of the blue curtains “like a vertical sea” have momentary meaning that shifts at a turn and the emotions are distant, even alien.

The kaleidoscope image that permeates the text is based on a gift by Claire’s father at the critical moment when her younger sister is born, marking the beginning of a life-time of jealousy.

Sibling rivalry is hardly a premise to make the reader care for or empathise with the protagonist and we crave the viewpoints of the other characters – husband Gary, sister Julie or the seedy, passing fling.

At the end, there is no catharsis as we’re left unsure whether Claire is cured or convicted.