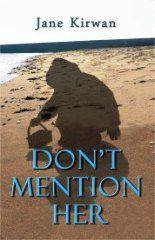 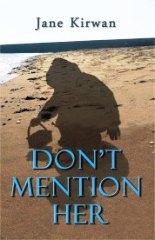 This book tells the linked stories of two families and is ambitious in both its timescale (covering fifty years from 1963 to 2013) and its geography (the action takes place in England, Ireland, France and Nigeria).  It would be difficult (and possibly unfair to attempt) to give a plot summary of a book with multiple storylines which runs to around 400 pages. However I am giving away nothing  that is not revealed on the book jacket when I say the story begins with the sudden death of a five year old child, Claire.  Within a year, the mother, Connie, has deserted her husband and remaining children.  The book follows the fortunes of this tragically disrupted household alongside the (apparently) less dramatic consequences for the family of Connie’s sister Pat.   We observe the changing relationships between the parents as they get older and we also watch the growing up of the children – siblings and cousins – as they go from children playing together at the seaside to more complicated interactions as teenagers and adults (they are all middle-aged by the end).

The cover picture, showing the shadow of a little girl, led me to believe that the dead child, Claire, would haunt the narrative (rather as the red-coated figure of the drowned daughter haunts the film Don’t Look Now).  But in fact her influence/presence is more subtle than that for most of the book.  Instead, the theme of the lost (or abandoned) child recurs in many other ways, from a comparatively trivial temporary disappearance at a swimming pool to the disowning of a young woman by disapproving parents.  One strand of the story involves an abortion while another features the giving up of an unwanted child for adoption.  The episodes set in Nigeria touch painfully on the plight of neglected or abandoned children and the near-impossibility of helping them.  Apart from her brief appearances in the opening chapters, Claire herself figures most strongly towards the end of the book; and her return to the foreground in these closing pages does help to unify a narrative which at times seems rather diffuse.

The book’s conclusion also helps to clarify the role of the principal non-family character – the rather enigmatic and elusive nun, Anne.  Anne’s presence in the story is, in part, a consequence of the fact that both families come from strong Irish Catholic roots.  Some characters are still firmly attached to those roots and are thus in frequent tension with those others who have broken /are breaking away.  (Even the lapsed Catholics, however, would probably know that it is Last Rites rather than Last Rights which are administered to the dying…)

It is an interesting feature of the way the book is written that we often do not witness events as they happen but rather see them with hindsight.  Thus, when the action steps on by a few years, we discover through the characters’ conversations that someone has died / got married / gone abroad in the intervening time; and we then observe the unfolding consequences and adjustments in relationships.  (This technique reminded me a little of those Alan Ayckbourn plays where we are eventually shown scenes which have previously been only mentioned as taking place offstage while other scenes were going on.)

As implied by my earlier use of the word ‘diffuse’, the episodic way the story is told –often in quite short instalments – meant that it took a while for me to be able to keep track of who was who and to remember which child belonged to which parents.  Some of these difficulties returned when a fresh family group was introduced about two thirds of the way through the story.  But even if Kirwan demands a certain amount of concentration from her readers, there are compensations.  Kirwan is a poet and she can conjure up moments of anxiety or high emotion very convincingly – as in a short scene where a distracted Connie wanders through a department store looking for a coat to wear at her daughter’s funeral; or when (much later in the book) an adopted child first meets her birth-mother.  She also captures well the fragmentary experiences of children and parents on a seaside holiday with mood-swings between boredom, excitement and worry.  One of the most atmospheric episodes concerns an eventful summer that Connie’s teenage daughter spends in France, first with her partly-estranged mother and then on her own.  And the closing stages of the book are enlivened by a new element of mystery surrounding a package that has to be collected and conveyed from Anne to Connie.  (This fresh ingredient of surprise/suspense is both welcome and energising since some of the previous chapters convey a sense of the slow unavoidability of events  which have more to do with sadness than with celebration.)

This is Jane Kirwan’s first novel; and I have already used the word ‘ambitious’ with regard to its sweep and scope.  I would say that it fulfils many of its ambitions by creating several strongly drawn characters and developing them across many believable and overlapping story-lines. The older women are perhaps the most convincing; some of the younger people, on the other hand, seem to me to be less well differentiated from one another.  I take it that Connie is meant to be the central character with whom most readers are expected to identify/sympathise.  I found however that I was reading the book as a rather detached observer; curious as to how things would turn out but not especially engaged with any single protagonist.  I am glad to say this distanced view did not detract from my interest or enjoyment.