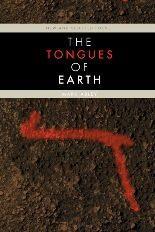 Mark Abley is a Canadian poet, journalist, editor and non-fiction writer. He was born in Warwickshire, England, and moved to Alberta as a child with his parents. Since 1983 he has lived in Montreal with his family. Abley won a Rhodes scholarship from the University of Saskatchewan (1978), received the Eric Gregory Award from the Society of Authors in England (1981), the Fiona Mee Prize for Literary Journalism in Canada (1983, Canada’s National Newspaper Award for critical writing), and a 2005 Guggenheim Fellowship for research into language change. He has not only been a contributing editor of Maclean’s and Saturday Night magazines, but worked for sixteen years as a feature writer and book-review editor at the Montreal Gazette. In addition, he was a regular contributor to the Times Literary Supplement. His publications include three collections of poetry, two children’s books and several award-winning works of non-fiction.

The Tongues of Earth brings together a selection of poems from his three previous collections, Blue Sand, Blue Moon (1988), Glasburyon (1994) and The Silver Palace Restaurant (2005) – all short-listed for the Quebec Writers’ Federation poetry prize –, along with several new poems. As Abley points out, ‘many of the poems, especially the earlier ones, have undergone significant changes since their first appearance’. The poems are arranged in four parts, each section with its internal cohesion and belonging, yet resonating with poems in other sections. With his international and humane perspective, his work ranging in setting from Ireland to Ethiopia, Tibet to Turkey, these poems are excursions into time and place, transporting us into neglected, forgotten corners of the world, not merely to educate us, but to provide us with evidence of having been moved and enlightened by contact with otherness, ‘to penetrate the inmost spirits’, to be aware of our shared humanity, our strength and limitation.

At ease with both traditional and postmodern forms, he writes about intimacy, parenthood, growing-up, death and loss, language, nature with a deep understanding of the human condition. In “Mother and Son”, the intensity of the relationship is expressed in almost Biblical terms:

In “Expecting,” addressed to his daughter, Abley asks:

The challenge of parenthood is deftly described, watching her

“Into the Woods”, dedicated to his daughter Kayden, speaks of a magical place, away from the city’s racket, where one could imagine

While most of his poems arise from personal experience, the ones about his family are deeply moving. “Again” is a deceptively powerful love poem that begins with a simple, almost mundane, statement: ‘Waking for no good reason after/ we have made love…’ Along with the poet, we discover

The poem builds up as the relationship defines itself, moving from ‘we have made love for the first time/ in far too long,’ to passion transforming a home. The subsequent image of ‘a fat, orange, white-rimmed candle/ still burning, hours later…’ symbolises a relationship that has been burning for years. Yet it is ‘a fire your dreaming has no need for,’ denoting a love that is true, assured. The poem spells out the nature of love in one compact sentence, ending with a powerfully apt ending, the single, thrusting syllables of the last line:

Abley’s range is impressive – from personal lyrics, meditations (“Asian Mass”) and reflections on the endangered and extinct (“A Labrador Duck”, “Glasburyon”) to a poem (“Goodsoil”) consisting entirely of Saskatchewan place names. In “Deep Gold”, we encounter, via the letters and journals of Samuel Palmer, various insights into states of the soul that are Blakean: ‘I / Believe this realm to be the veil of Heaven, / The setting of our table for a feast: A dream of eternity, the antepast.’ With a shock of recognition we recognise that ‘At thirty the illusions drop away.’ How ‘We are green first, then grey; / And then we’re nothing in this world…’ These are the kind of ‘stories we recite to ease our pain… Determining the lie of heaven’. (“Paradise”)

The tragic, unpredictable, transitory aspect of life is captured deftly in “The Next” where ‘One day you need to show ridiculous courage and you do; / the next, the same; the next, the same. / One day you’re in what people call mid-life.’ It brings to mind one of Abley’s best poems, which appears later in the collection, “The Not Quite Great”. This poem needs no elucidation, it is a powerful statement of what is means to be human:

Abley touches down in various sites – physical, mental and spiritual – of loss (perhaps of hope if we can muster the will to change), taking stock of social conditions, the harsh realities of our world as much as our own growing self-realisation. He writes about events that lead us to evaluate the past. In “A View of Delft”, from the title one might be forgiven for thinking of the beauty of the place, of Vermeer and his art, until one reads the epigraph from Christopher Wright’s Vermeer: ‘…a special place not in his own time, when he was ignored, but outside it. Vermeer has taken his place in the history of the taste of the last hundred years, and from the strictly historical point of view he should hardly be mentioned’. The poem begins with how ‘the town blew up in 1654’ when

Vermeer and his wife survived, she in the market buying cheese and he in a garret examining a Spanish painting. Later we learn, ‘That evening/ a girl he knew in one of those houses, /…/ gave birth to an eyeless, / armless boy, dying in a puddle/ of her own dark blood.’

The poem prepares us for the next, “Fire”, whose epigraph reminds us of the horror and destruction inflicted on a nation on the orders of of Gen. Curtis LeMay, who implemented a massive fire bombing campaign against cities in Japan, killing more people in Tokyo on the night of May 9-10, 1945, than ‘went up in vapour at Hiroshima and Nagasaki’. The tragedy is evoked sixty years later as ‘a Tokyo sky mutates into trembling / scrolls and screens, a calligraphy of fire.’ When the poet walks past an older man he wants to ask how he managed to live ‘when the sky delivered fire’… ‘frying infants on their mother’s backs, / boiling children alive in the canals, killing / a hundred thousand people in one night’. But he doesn’t ‘speak his tongue; and the old man is beaming.’ It is the image of the beaming face of an old man that stays with us, a redeeming feature of being human.

‘What’s true to life, I guess,/ is how everyone suffers.’ Abley reminds us in “After Pinocchio”. While ‘the poetry of earth/ is made of death’, Abley’s work engages us with his insights charged with the emotional power of poetic language. “Flight” begins with ‘the free sky above’ where ‘a song is fluttering, taking/ wing, hunting for breath,’ a ‘melody lost in/ a thousand languages and/ found and lost again,’ where ‘the songs are waiting/ for earth to shape them.’ For someone as gifted and incisive in his observation, reading Abley’s poetry enriches our understanding of the world:

The Tongues of Earth is a book about life, love, language, travel, the devastation of our planet and more. Abley’s concerns about language feature as much in his poems as his other writings. For his studies of language Abley has been called an ‘inquisitive, bemused Everyman,’ leading readers on a lively intellectual journey through uncharted territory. With The Tongues of Earth, he continues this path, this time to the clarity and grace, high intelligence and deep feeling of poetry. His concern for language and nature merge in “Garefowl” where ‘the word enfolds the bird.’ In “K’tunaxa”, a language formerly known as Kootenai, now severely endangered, ‘a conversation of ravens’ echoes off the scree like ‘verbs in a language without relatives, / a relic on a ripped map, / mouths that possesses a word for “starving/ though having a fish trap.” ’

Abley records for posterity his lament for a disappearing world – for the forgotten, overlooked, endangered and extinct. His poems essentially describe the Fall. Imagining paradise lost is not mere nostalgia, more a warning of losses to come – unless we do something about it. If the job of the poet is to help us see familiar things with a fresh perspective, see the world, emphathise with its immense beauty and possibility, helping us to understand ourselves, then Abley’s songs linger in us, ringing thus in memory:

Each time we lose a language we lose a way of living, a new way of seeing the world. This loss is more profound than we can imagine – this slow narrowing, limiting of our vision. And, like all major works of art, The Tongues of Earth reveals its secrets when read again.

An internationally published poet, critic, reviewer and scholar, Shanta Acharya is the author of ten books. Her New and Selected Poems is to be published by HarperCollins (India) in January 2017. Educated at Oxford and Harvard, her work has been featured in major publications, including Poetry Review, PN Review, The Spectator, The Guardian Poem of the Week, Edinburgh Review, The Bloodaxe Book of Contemporary Indian Poets, Journal of Postcolonial Writing, Asia Literary Review, The Little Magazine, The HarperCollins Book of English Poetry, Language for a New Century: Contemporary Poetry from the Middle East, Asia & Beyond. Founder of ‘Poetry in the House’, she was responsible for hosting monthly readings at Lauderdale House, in London, from 1996-2015. Shanta has twice served on the board of trustees of The Poetry Society, UK. www.shantaacharya.com