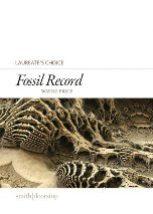 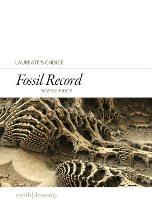 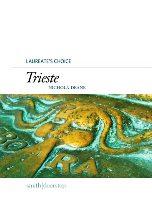 Here are two of the first four pamphlets in the Laureate’s Choice series, “a new collaboration between The Poetry Business and Carol Ann Duffy”. She selects the poets and smith|doorstop publish them. The pamphlets are very nicely designed, each with a different cover photo of intricate patternings. They are on the expensive side. All this is meant to make us think, quality. A lot to live up to – both of these succeed.

Wayne Price is enough at ease with metaphor in Fossil Record to follow one with another and another, or shift between two quite complex ones as he does in the first poem, ‘Nightfishing’, which starts:

The rest of the poem switches between river and hospital ward, Like chains the hooks and lines // of drugs and salt and blood to hands. We are never sure where we are, swaying between the two locations, between hand and mind and through the spaces between the couplets; taken aside, too, by short, vivid similes of which there are no less than four. Irregular end-rhymes, some full, some half, many ending in –n, knit the poem together and are echoed mid-line. The lack of a first person speaker also helps to keep the poem unanchored, dreamy, uncertain. The one near-exception is Or is it an indoor scene, which risks taking the reader out of the poem briefly (as might thoughts of W S Graham’s ‘The Nightfishing’).

A first person speaker comes across strongly in the next two poems. ‘Loyalties’ ends with a human howl of pain all the more agonising for the story of canine suffering that came before it. The howl, for a failed relationship, echoes down the book. ‘Helpless’ recounts a childhood trauma: finding the grandparents’ ducks hanging like terrible / laundry in the garden to bleed out. The dead ducks, the blood pooling like an old-fashioned casket, shellacked / to a rosy black, the flies that rise and fall, the grandfather’s wheeling pigeons and the gaping door of an outhouse combine into a nightmare realisation of helplessness in the face of life and death.

Many of the poems in Fossil Record contain layers both physical and metaphysical. The title poem, again set at night in a half-dream state, contains layers of stone and time. ‘In European Woods’ works its way down through history – the different uniforms and languages of deserters who bivouacked in the woods. ‘Heads of the Valleys’ uses a journey to go back into the past of a place and associated memories. ‘Suburban Gardens at Night’ looks underneath lawns to find

These poems are startlingly, sometimes plangently lyrical. The ones that work best for me are those where things are left uncertain and/or unsaid, as in ‘Nightfishing’ and also the final poem, ‘Not the Place but How the Place was Found’, which ends:

In Trieste Nichola Deane explores what it’s like to feel, to think, to exist… Maybe that statement would work as a description of much poetry or indeed of what poetry ought to do; but her poems make the challenge, the struggle, more explicit than most, here in ‘Ode to Concentration’:

Deane is an unusually bold writer, bold both with abstractions and plain language. In ‘Yesterday’s Child’, a six-line poem in the style of a nursery rhyme, syntax, rhythm and repetition work together to enact the emotions described and take them to a climax:

Some of the poems in Trieste start from something concrete, a fig or (in the lovely opening sonnet) a bowl, and take it elsewhere. That might sound conventional enough, but things may not develop as we’d expect. ‘Portrait of Georg Trakl’ starts with a description of the portrait, both its appearance and mood. Under the recess of your brows is a long drop. Then we are taken to another drop entirely, an anecdote about a literal drop illustrating the unfathomability of the poet’s (or anyone’s) portrait and personality. A weighted line is lowered into a flooded quarry,

The over-long last line with its d’s and s’s enacts the shuddering. A different sort of encounter occurs in ‘Behave, Moriarty’: the Sherlock persona of Deane’s first pamphlet My Moriarty has subdued his (her!) enemy and is relishing sadistic mind- and body-games with him:

There’s a lot of flame and cold, light and dark in Trieste; also stone, weather, trees… all handled originally. A couple of conceit poems I find less successful – partly it’s the drastic shift in tone to something more affected, though it might seem hard to resist a poem entitled ‘The Sex Life of Bedbugs’ or ‘A Stocking Mask for Pussy Riot’. Both these are led by their subject matter more than others. I like Deane’s work best when she magics a lot out, apparently, of very little.

There’s humour in the poems too and spot-on description, combining in the somewhere-between-metaphorical-and-real dog of ‘Cityscape with Invisible Dog’, squeezing his nostrils like a concertina.

Fingerprints are those telling / whorls and loops like Celtic beasts in ‘L’Estartit’, an atmospheric poem in which Deane’s father in a bar in Franco’s Catalonia is warned about the Guardia Civil: fingerprints must be wiped off glasses.

Back to the struggle to represent existence: this is from ‘To the Reader’, the second last poem.

Fiona Moore’s second pamphlet Night Letter was published by HappenStance in September 2015. She is assistant editor at The Rialto and blogs at Displacement.