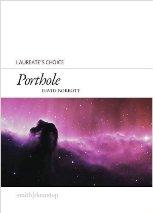 The biographical note on the back of this collection tells us that David Borrott is a man whose life has afforded him a range of very varied experiences. This shows in his poetry together with a flexibility of thought and response towards what he has found. At his best, he is able to present his insights with considerable imagination and skill. The opening poem, ‘Narada’, is a good example of this. It recreates a parable of Swami Vivakananda, telling of an episode involving Krishna and his disciple, Narada. In the first line, Krishna is described as ‘sky-like’. As Narada is about to leave Krishna and enter the realms of illusion, which involves his travelling west, we are told jagged mountains tore the sky line. Towards the end of the poem, when Narada has returned to Krishna, we find that nothing was really torn when Krishna is described as his blue master. This use of the word ‘blue’ here also serves to link the sky image with another that permeates the poem, that of the loss and finding of water. The poem also uses time to point up the contrast between reality and appearance. While half an hour passes, Narada experiences twelve years of the kind of events that the reader will identify as regular human life.

The poem ‘Southern Cross’ is located in a setting that will be familiar to many. The narrator is on a long haul flight and has just awoken after a sleep. The plane is described as,

This is effective because the corridor of stale air is something the reader will have experienced or can easily imagine. The helium of sleep, however, gives us momentary pause while our imaginations draw together the ideas of helium as something that rises and lifts us above our usual lives and as a gas that cannot sustain life when breathed. This momentary pause refreshes our view of what is being described preparing us for what is to come in the poem.

The next stanza takes us outside the plane and locates it in a world shared by the narrator and other, unknown, people.

We then move to something arriving from that realm of the stars, a meteor. The poet tells us of his amazement,

The last three lines of the poem are a brilliant juxtaposition of an acknowledgement of the objective nature of the meteor and an evocation of what it meant to see a meteor in those circumstances.

In his poem, ‘People in Manchester’ David Borrott creates a literary equivalent of an L.S. Lowry painting. Like Lowry’s paintings, the poem gives us characters in action using very minimal means. For example,

We learn nothing more about this woman but the sense is of her passing by so quickly that we just see her in a glance. We are given the passage of time when we are told that

They lead back both in space, to the place where the spillage happened, and in time because the pink trails imply that since the spillage people have walked through it creating trails.

a few words give us a Manchester that is both rainy and ethnically diverse.

As with many of his poems, David Borrott finds an ending that effectively embodies the sense of the poem. He tells us

The multifarious nature of all the events that are going on simultaneously in a major city is superbly caught by the suggestion that if they all had to happen in sequence it would take a million hours.

In the poems in this collection David Borrott displays a lively interest in and response to both the artistic and scientific sides of the human mind. He certainly seems to have surmounted the schism that C.P. Snow identified as ‘the two cultures’. This can be clearly seen by comparing three poems that follow each other in the collection. ‘Summit’ is a response to the music of Beethoven, imagining it in relation to the complex weaving of spiders. This is followed by ‘Barnard’s Star’ a poem which draws on the world of astronomy to make a point about what we do with our scientific knowledge and how it becomes entangled with our mundane desires. After that, comes ‘Umbrellas’ a poem based on a specific painting in Manchester Art Gallery by Dorothy Brett. This poem incorporates a verbal device to try to evoke the way in which images of umbrellas predominate in the painting. The word ‘umbrella’ is inserted into sentences in a way that breaks them up, as the overall image is broken up by umbrellas in the painting. Here is an example from the opening of the poem.

For me, this device does not work well as it distracts from what the poem is trying to convey in a way in which the umbrella images in the original painting do not. However, this is not typical of the collection which is mostly sharply observed, original and engaging.

John Snelling has been writing poetry since the 1960s. In 1976, he won first prize in the City of Westminster Arts Council’s poetry competition. In 2013, he gained a Judge’s Special Commendation in The Poetry Box competition for dark and horror poetry. At the 2012 Torbay Festival of Poetry he presented one side of the festival debate. The debate subsequently appeared in Acumen 75. He has had a short collection of poems published, Siren Songs (Nettle Press 2007) and poems in the winter 2013 and spring 2014 editions of London Grip.