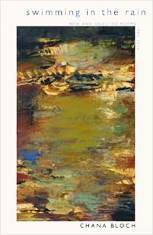 When a group of poets share the same formal strategies, inventions and style they are often given an appellation, such as the New York School, the Cambridge School, Language Poets, Black Mountain Poets, among others. The names may be chosen by the poets or assigned by a critic (not always as a compliment – see ‘Confessional Poets’, M.L. Rosenthal’s pejorative coinage).

Over the past half-century a group of women poets, English and American, have written marvelous poems but their collective output has not been acknowledged as a ‘school’. They are predominantly Jewish, or with Jewish roots, writing in conversational narrative about family, home and household, illness, love and divorce. Much of their work also speaks to social justice, ecology, politics and pacifism, and is deeply feminist. Marilyn Hacker says (personal communication) that many of these women when in their 20s and 30s were part of second-wave feminism – often as activists, organizers, writers and editors, and in poetry. If I were to choose a name for the school, applied retrospectively, it might be ‘The Sisterhood of Poets’.

All these poets are now in their later years, or are gone. I include in this group Adrienne Rich, Maxine Kumin, Denise Levertov, Marilyn Hacker, Elaine Feinstein, Ruth Fainlight, Hettie (Cohen) Jones, Rachel Hadas, Linda Pastan, Alice Ostriker, and Leah Fritz, among others. Chana Bloch may be counted as a member of this ‘school’.

When these women began writing many had to face down oppressive sexism, their work “anathema to the prevailing clique of male pooh-bahs,” as poet laureate Maxine Kumin wrote in ‘Sonnets Uncorseted’ (http://www.poetryfoundation.org/poem/243326 ). And in her just-published, posthumous, memoir, ‘The Pawnbroker’s Daughter,’ Kumin relates that in the 1950’s, when she submitted light verse to various magazines and newspapers, she had to have a signed document from her husband’s employer verifying that the work was original!

In Bloch’s ‘New and Selected’ collection, thirty-seven new poems lead and are followed by 126 others from four earlier collections published between 1980 and 2009. Pulitzer Prize winner Henri Cole says of this book, “Chana Bloch is writing the best poems of her life.” I agree, and it is Bloch’s use of striking metaphors and allegory that makes them so, even while writing in a quasi-confessional mode.

The title poem of the book astonishes with its biblical references to the Creation coming out of tohu bohu, confusion, to some awareness of our own confusion as we wander through life (Half the stories/ I used to believe are false). Bloch echoes our hope that by immersion in sweet rain and water of experience we gain some wisdom, even in the face of continuing doubt (before the dividing began), and aging. The poem, here in its entirety, shows the author’s finest crafting:

The trope of cleansing rain – baptismal water – returns in ‘Happiness Research’ with Rain over Berkeley!… The evening is wet and happy tonight. After three stanzas of scientific presentation, almost tongue-in-cheek, such as,

In ‘The Joins’ – using the metaphor of kintsugi (the Japanese art of mending precious pottery with gold) – the poem allegorises how relationships (What’s between us) are susceptible to fracture, but when repaired with gold become stronger, more beautiful than before. As the last line proposes, conflict may be essential to an enduring love.

Sometimes the damage is irreparable. In ‘Divorce’ the poet plays on the opposing etymologies of ‘cleave’ – A man shall cleave unto his wife. But her anger becomes like a cleaver, I needed a blade so sharp/ it could slash/ whatever still lived between us.

Bloch is currently battling a rare tumor – the news, so far, hopeful. But life is always contingent, and we have little say. In “Inside Out,” Bloch writes about the time a “mass” was discovered:

How else to parse the odds of survival in a game the House always wins? It is the Cruel God, ‘In His Mercy’ who takes back what he gives, especially if you really wanted it. ‘I’m happy to help’, he insists, / and puts out his cigarette/ in a pat of butter. Then, in his mercy,/ he smiles. And that’s that.

Following the new poems are sixteen from Bloch’s first collection published in 1980, ‘Secrets of the Tribe’. They present as direct speech about her parents, her marriage and children. She makes good use of biblical imagery in the poem, ‘Happiness’. Bearing a baby is like being an ark. Happiness is Edenic: I am hanging wash on the line. Our sleeves/ wrap me in love.// Like Adam in his first/ happiness, you come out/ and pee in the garden.

Twenty-four poems follow selected from a second collection published in 1992, ‘The Past Keeps Changing’. Life has taken a sharp U-turn, washing up in a bitter slough of despond as a twenty-plus year marriage hits the shoals: Goodbye, a poem proclaims: Lately I am so hard/ people keep sliding off me. And, When they said ‘If you eat of this fruit/ you will die’, / they didn’t mean right away. The first cancer shows up in the form of a demon-child, demanding, draining: I take it to my breast/ and let it bite. Cancer. ‘I am yours’ it says./ ‘You will learn to live with me.’ (‘Changeling’)

Rage takes over the third collection (1998), ‘Mrs. Dumpty’ with forty-one poems. They are straightforward: poems about divorce, husband’s mental illness, how his infidelity begins – with Linda, there, at the party (‘Surprise Party’). A child is nearly hit by a truck when mother told him to run to get to school on time (‘Happy Families are All Alike’). Mrs. Dumpty’s body is aging, scarred: Once I was adored. (‘Self-Portrait at 11:30 P.M.’).

‘Blood Honey’ (2009) contains forty-five poems coming at the end of the volume with many reprising the old country and also the Holocaust, such as this Auschwitz image in, “Flour and Ash’, a painter’s medium. On the artist’s wall, a photo: The about-to-be-dead line up on the ramp/ with their boxy suitcases, ashen shoes.// She hovers over her creation/ as if she too has a mind/ to brush against it/ and wipe it out. ‘The Dark of Day’ weaves the religious interdiction against eating milk and meat together with a marriage gone bad: love and hate over twenty four years. ‘Eat love and hate at the same meal/ and you’ll get punished.’

The chronological arrangement Bloch has chosen for her ‘Selected’ sections narrates events in her life as they happened – a kind of memoir she composes through poems as they were being written. Facing an uncertain outcome from her treatment for cancer, perhaps this was a logical choice, but at some cost. The poems from her first work that come right after her splendid newest efforts aren’t as accomplished. Nonetheless, the collection overall gives poetic and narrative pleasure.

Norbert Hirschhorn is a physician specializing in international public health, commended in 1993 by President Bill Clinton as an “American Health Hero.” He now lives in London and Beirut. His poems have been published in over three dozen journals, and four full collections: A Cracked River, Slow Dancer Press, London (1999); Mourning in the Presence of a Corpse (2008), and Monastery of the Moon, Dar al-Jadeed, Beirut (2012); To Sing Away the Darkest Days, Holland Park Press, London (2013). His work has won a number of prizes in the US and UK. See his website,www.bertzpoet.com