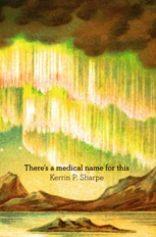 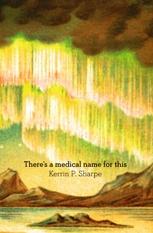 I reviewed New Zealander Kerrin Sharpe’s debut collection (Three Days in a Wishing Well) in these pages https://londongrip.co.uk/2013/05/poetry-review-spring-2013-sharpe/), and was delighted by the musicality, the fantasy, the metaphor, all in unobtrusive service to her memories, beliefs, philosophy. “Amid the music we hardly knew she was doing so. Poetry at its finest.”

A poet’s first collection is often from the gut, a self-discovery. A second collection moves to the head with poetic experiment, irony, and playfulness. Sharpe’s second takes this path with a potpourri of poems that mainly show off the poet’s range, making a mark which is apt to leave a reader impressed, even charmed, but ultimately unsatisfied.

American poet Tony Hoagland has called poems like Sharpe’s the New Poetry, generally characterized by high-spirited choppiness, aphoristic, fragmentary jump-cuts, erratic, with odd typographies, and where any one line can be readily exchanged for any other. It’s like watching one of Hollywood’s super-sized action films: all entertainment without engagement. Let me cite individual stanzas from several poems that lead off the collection

You get the idea. We are by now well used to such work from our major poets: Marjorie Perloff, John Ashbery, Dean Young, Ben Lerner, Matthew Zapruder, and many others. The real test for New Poetry, says Hoagland, is memorability, a lasting impression beyond the cotton-candy taste.

Sharpe intermittently enlists her New Poetry style to the service of feeling and, when she does, the poems glow.  A sequence of poems embodies grief:

Or here is  the New Zealanders’ experience of World War I, seen through the eyes of dumb, dutiful cavalry horses, where unadorned speech enters the heart

because the horse expected nothing

because the horse
expected nothing
he was never spared
.    flanders    somme    passchendaele

because the horse
never wore hair extensions
he never groomed
.    the guns     the maps     the strategies

because the horse
never saw a cenotaph
he never knew the soldiers
.    inside    his stone    coat

And here is  this sensitive rendering of memory, as a sonnet:

to convince her suitcase vilma packs for prague

of his stable door
to the sad eyes of snow

What makes these memorable is a focused intensity as the poems unfold moving down the page: flanders   guns   stone.

Unfortunately, many other less urgent poems get in the way of these moments. Overall, however, Sharpe remains an important poet, one to be followed.

.
Norbert Hirschhorn is a physician specializing in international public health, commended in 1993 by President Bill Clinton as an “American Health Hero.” He now lives in London and Beirut. His poems have been published in over three dozen journals, and four full collections: A Cracked River, Slow Dancer Press, London (1999); Mourning in the Presence of a Corpse (2008), and Monastery of the Moon, Dar al-Jadeed, Beirut (2012); To Sing Away the Darkest Days, Holland Park Press, London (2013). His work has won a number of prizes in the US and UK. See his website, www.bertzpoet.com