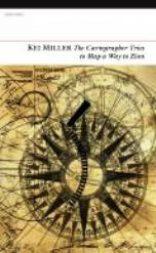 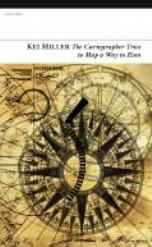 As its intriguing title suggests, this is a collection with a strong central theme. The first few  poems prepare the way for the  title sequence which runs throughout the book and sets the analytical worldview of a (probably European) cartographer against the more intuitive one of a rastaman.   Among these opening poems, ‘Establishing the Metre’ is a clever piece of wordplay which weaves together the measurement of ground and the rhythms of dance, movement and verse. ‘What the Mapmaker Ought to Know’ serves as a crisp summary of reservations about cartography that the rastaman will go on to express in more exotic language. It tells us that on this island things fidget. What’s more The landscape does not sit willingly as if behind an easel holding pose waiting on someone to pencil its lines, compose its best features

After these rather considered and detached observations (the poet speaking for himself?) we are allowed to hear cartographer and rastaman stating their own positions in more flowing language – sometimes in direct and sometimes in reported speech. The cartographer’s opening manifesto concludes (with a neat piece of occasional rhyme to offset the official-sounding rather prosey final line)

The rastaman’s disagreement with this point of view is very graphic, pointing out the reductive nature of map making which is to

.                           make invisible and wutliss
plenty things that poor people cyaa do without – like board
houses, and the corner shop from which Miss Katie sell
her famous peanut porridge.

Worse, maps give a reality to things that shoulda never exist in the first place … like borders.

These first two poems in the sequence eloquently sum up the attitudes of its protagonists; and the next few exchanges do little more than reiterate variations on the same points of view. The poet eventually steps in as a kind of referee, acknowledging that the rastaman – it is true – dismisses / too easily the cartographic view because he believes it to be part of a Babylon conspiracy. And, to even up the score, we discover a little later on that the cartographer dismisses too easily the rastaman’s view because he did not even know the rastaman had a PhD (from Glsgow / no less).

One of the views that the cartographer, with his professional and technical outlook, probably does dismiss too easily is the beautifully expressed insight that

So far so good then – this is splendid stuff, both perceptive and energetic. But by this stage we are only about half way through the dialogue between cartographer and rastaman. There are twenty-seven instalments in all; and in the second half of the book, the debate seems to lose momentum as it deals with the cartographer’s developing curiosity about Zion. Towards the end I’m afraid I began to find the rastaman’s patois and folklore references to be increasingly overpowering (although it is possible that a more comprehensive set of notes would have helped me to be more receptive).

The exchanges between rastaman and cartographer are interspersed with other poems which are tangential to the argument of the title sequence. Notable among these is a fine elegy ‘A Prayer for the Unflummoxed Beaver’ which touches on the theme of mapmaking with its prayer for the squirrels and their unknowable but perfect paths… across the twisting highway of cedars but then goes on in a hymn of praise that celebrates the connectedness and sacredness of nature

Other interruptions of the central conversation take the form of ‘Place Name’ prose-poems. These are often interesting – for example when telling the grim tale of the 43 gold watches or explaining how an estate became known as ‘Shotover’ (and also gained a fictitious explanatory history) because of a mis-hearing of Chateau Vert. But, for me at least, these pieces are somewhat too dense with information – often elusive or specialised information.  And the same might be said of some of the poems in the latter part of the book.  ‘Hymn to the Birds’, for instance, has a list-like quality and lacks the lyric charm of ‘A Prayer for the Unflummoxed Beaver’; and one poem seems to have been included for no better reason than to acquaint us with the fact that 28,000 rubber ducks fell off a ship in 1992 and have been drifting the oceans ever since.  I would have liked Miller to have displayed more of the deft precision of ‘Establishing the Metre’ and the lightness of touch he uses in the careful setting up of a punch-line for the “shaggy-dog” story entitled ‘in which the cartographer asks for directions’ – a poem to which no mere quoted extract will do justice!

I will now venture to stick my head above the parapet and suggest that my relative disappointment with certain parts of the book stems from an over-stretching of its  central theme of landscape and its interpretation. It feels to me as if an excellent chapbook (or one section within a full collection) has been allowed to outgrow its strength. However, most readers will be aware that The Cartographer Tries to map a Way to Zion won the 2014 Forward Prize for Best Collection; and so my reservations about its unevenness must be set against the opinions of the eminent judges of that competition.

Thomas Ovans has a professional background in academic and technical writing but has been a serious reader of poetry for a quarter of a century. Since 2011 he has been a regular book reviewer for London Grip; and he is now also an occasional poet whose work has been published in both on-line and print magazines.