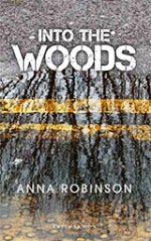 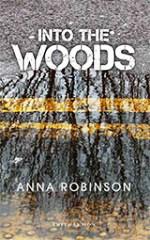 There is always some anticipation when a poet you have followed for a while brings out a new collection; but the book’s appearance carries an extra layer of interest when you can say you were in the same time and place as the book’s inception. In the acknowledgements, Robinson writes that ‘this book began life thanks to a Hawthornden fellowship’ and I was one of Robinson’s fellow fellows in October 2011, when this book began. This is not to make an idle boast but rather to point out that I can see glimpses of Hawthornden and its leafy, sylvan environs at many points in this book. For instance ‘Rowan’ seems to have been written after sitting on William Drummond’s stone seat outside the castle, but then imaginatively transformed and transported to somewhere else:

There’s a stone seat up here
on the precipice. If you sit
still, dangle your feet, you’re queen
of the woods, lady of the mountains,
you could cure sores, bad throats
know all about what’s sacred
and what’s not, but if you slip
it’s a long fall to a cold wet grave.

Having myself slipped while trying to dismount this seat, I completely agree with the last two lines here! That said, I don’t want to draw too many parallels with Hawthornden, as Robinson’s long half-fantasy, half dream-sequence is set in imaginary woodland in central London.  Robinson’s previous collection The Finders of London seemed to set personal, family history against the often overlooked working-class social history of London, and set out to find things that were there but had been buried.  Into the Woods represents also an aesthetic, socio-historical search but also an attempt to carve out a new imaginative space. Many of the poems are short and lyrical, unlike the longer pieces in her previous collection and this reflects something of the tentative nature of Robinson’s approach here. At many times the poems talk about charily treading the border between the real city and the imagined woods.  The speaker is often characterised as a fascinated interloper, as in ‘Harvesting’ with its treatment of the woods as a meta-textual space:

(…) she’s creeping towards me,
taut and focussed, like she’s hunting me down.

Can she hear my heart beat – or simply smell me?
She stops just before my hide – squats down
and leaves a handful of tiny strawberries. Unsure
I don’t move, is she trying to trick me?
Then I remember, this is my story,
I am the hunter – I blink, make my move,
she’s gone. The berries are sweet, they’re mine.

The sequence does not become a complete yarn or a full dream sequence due to the recurrent motif of the old brown chair, where the speaker begins as a sedentary reader/thinker in ‘From the Chair’. ‘From the Chair II’ shows the speaker’s emergent wanderlust – while she is still rooted in the chair she is also being lured away into the woods where a child runs through the sharp bracken and she likes / the bright red weals.  Despite denying the call of the woods on multiple occasions, the speaker begins to venture in and here is where we come across poems such as ‘Not from the Brown Chair’ which act like touchstones back to a workaday reality, where the story becomes a chair doused in an old throw. The speaker begins to delve beneath the floorboards, into the earth and its tunnels of dark leading to the wild outside. Things begin to happen in the speaker’s house like portents, as in ‘The Pale’ where the wood lost its old name:

each letter dropping day by day along
with its leaves and animal. I found one
in my hearth, it had fallen down the chimney,
B for Beith, for babies’ cradles, for birch whips
to beat and cleanse. A good letter
to get when you need a fresh start.

Here the sequence becomes shot-through with ideas of creative renascence, the sort of thing that happens, if you are lucky, on a writer’s retreat. In ‘Walking the Wood’ the speaker declares that I was breaking through each step, but the collection is not merely the individual artist’s search because the poems also carry a certain social awareness and an interest in the lives of others. For instance we hear repeatedly of the grey street in the village close to the woods and where much of the produce of the wilderness is sold, where rarest wools are sold, having come from sheep named for the weather / that birthed her. ‘In the Haze of the Sheltering Mountain’ deals with the ageing process, where an older woman is prepared for the elements, the weather but not this realisation below:

She carefully steers herself down the steep
slope to the river to see what she can find
in those sandy waters to make art with,
then she sees them; two little girls in short skirts
and slingbacks, quarter of the way up the mountain
all goatlike sure-footedness. She cries.

The speaker too, for a curious interloper, is highly respectful of the flora and fauna she encounters, as well as quick to avoid the old poetic traps of pathetic fallacy and anthropomorphism, used by many writers on the subject of nature. In ‘Remembering the Winds He Walked In’:

all of them together, as one massive
shoulder of force, he is propelled
skyward. He thinks this is how
a bird would feel – but he’d be wrong.

In this collection, the short poem is Robinson’s metier and on the rare occasion a longer poem is attempted, like those in The Finders of London, the result is less immediate and effective. ‘An Endless Tale’ juxtaposes a walk in the woods with a mundane job in a previous life in a shoe-shop. The poem works well around this contrast but is perhaps dulled somewhat by a slightly portentous ending:

I have banged my head on the rocks. The light
is dazzling – everything around me in sharp
focus, the way it was the day Mum died.
Am I dead? Is this the white tunnel you walk
down to the light? Is this Pale Death?

All that said, the speaker does not entirely embrace the woods, the sequence ends with a return to old haunts and belongings. The old brown chair is restored in ‘Resurrecting the Chair’:

We’re in the living room, on the Marsh.
This chair needs a sacrifice, something
to keep it sure in its purpose. I wrap,
in a linen cloth, a small book of stories.
On the cover is a wood, a woodsman,
in between the trees, a small dirty girl;
we place it in the seat and web it in.

Finally we are presented with a liminal blurring of both worlds, the wilderness and the domestic coming together in the form of a trapped butterfly that has managed to get into a locked house.  In these poems, Arcadian and civic motifs are brought together in a way that reminds me somewhat of the life’s work of artist/poet Ian Hamilton Finlay and here, in ‘Magic Follows Only the Few’, the poet finally gives in to nature, instead of trying to control it within words:

At first when
I open the window, it seems reluctant
to fly, but then catching the breeze,
is off, into the yard, faster
than you could whisper Into the Forest.

Richie McCaffery is the author of two pamphlets (Spinning Plates from HappenStance Press and the 2014 Callum Macdonald Memorial prize runner up, Ballast Flint) and the recently published collection Cairn from Nine Arches Press. He is a PhD candidate at The University of Glasgow’s Scottish Literature Department and has written reviews for a number of publications, such as The Warwick Review, Northwords Now, Elsewhere, Sabotage, Sphinx and The Edinburgh Review.