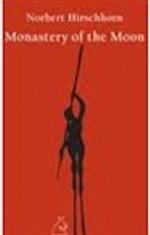 Monastery of the Moon by Norbert Hirschhorn 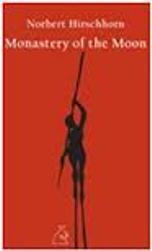 “His poetry is full of wisdom and empathy,” said the hostess at the poetry reading, “and also some cheerful wit and a bit of understated eroticism.” “I’d better get a copy,” I thought.  And so when the London Grip poetry editor asked me to review Monastery of the Moon by Norbert Hirschhorn I was already in possession of the book and some thoughts about it.

From its title, one might expect the book to be gently meditative and slightly detached from what is often called “the real world” by those who mistrust any kind of transcendence.  This preconception seems to be reinforced by the title poem when it speaks of Bone-white incense / glacial aroma of absence.  But a few lines later we have the dark side … the lost the possessed.  And it soon becomes clear that Hirschhorn is prepared to engage in a forceful and unsettling way with the sharp edges of the world – particularly the troubled world of the Middle East (which he knows well at first hand since he works as a doctor in Lebanon).

Hirschhorn faces up to cruelty and injustice with an uncompromising directness (which will surely please the poetry editor, to judge by his remarks in a recent editorial).  In ‘I will ravage your trees’, he nails the oppressor’s disregard of both common humanity and elementary logic in the couplet I will beat you and burn you and beat you / until you stop hating me.  And in the closing lines of ‘Cooked’ he quietly encapsulates a truth about being a helpless victim in a political conflict

In Gaza: four years old, a boy
hit by shrapnel as a mother cooked lunch –

‘He died hungry,’ she said.

The haunting repetitions in the prose poem ‘Lebanon’ cleverly bridge the gap between the mystical and the political – but this is something we come to understand more fully as we read on through the book and find that the poems inform and echo one another. The lilting, innocent-sounding refrain who leans out from the window? in ‘Lebanon’ acquires a darker meaning when we have read ‘For two voices’ which speaks of Lebanon politicians who play the children’s game / of who can lean out of the window the furthest.  And then towards the end of the book, terrifyingly, we read of an abandoned village with a charred corpse leaning out the / window of his house like Mother calling down.

‘Lebanon’ also contains the first of several instances where Hirschhorn borrows from Middle Eastern sources.  In this case it is the hauntingly mysterious line If I see a red bird in my country will I know the colour of a bird in another? which comes from a video documentary about the Shatila massacre.  Besides this however, the collection also includes engaging re-tellings of folk tales, poems which use traditional Arab and Persian forms and one that draws inspiration from the work of contemporary Tunisian composer Anouar Brahem.   These influences help to make this a collection of great diversity in both mood and form. Sometimes indeed the changes of tone are as unsettling as the dreamlike, stream-of-consciousness experience described in ‘I’m in a car’.  But even when the style changes the poems retain strong thematic links from one to the next:  peach juice dribbles my chin at the end of ‘For two voices’ and is echoed by an ooze of white spittle in the the next poem, ‘Amok’; and a catalogue of Beirut beggars is followed by a sketch of ribbon pedlars in Leicester Square.

Hirschhorn makes skilful use of resonances that can be set off by simple objects like the ragged or shredded tee-shirt which, for me, captures both the poverty of the developing world and its flawed relationship with the rich Western nations.  ‘A physician’s oath’ begins in a railway boxcar carrying Mexican stowaways and stirs an association with the trucks heading for Auschwitz; and then the same poem shifts to an Israeli checkpoint with its queue of Palestinian day-workers. A lighter side of Hirschhorn’s imagination appears at first to be at work in a speculation on what it is like to live inside on a child’s snow globe.  But by the end we are left wondering whether this too is a metaphor for a form slavery and confinement that we try not to remember.

Hirschhorn’s poetry does have a lighter side which shows in a self-deprecating look in the mirror or in a recollection of how often he’s been told to stand up straight or in a delightful tribute to a street shoeshine boy. But most of his departures from the sombre are in his love poems.  Sometimes these are couched in slightly jokey terms

I keep her photo in my wallet.
When I collapse and die at the foot of a

Charing Cross escalator, people will
find it and say, What a lucky guy.

On other occasions tenderness is utterly open and guileless, as in ‘Letter to C from beneath Mount Merapi Central Java’ which begins

It rains here or it doesn’t rain.
Two seasons only.

All my life I have loved you, or haven’t.
Two seasons only.

I might be inclined to raise the odd quibble about lines that end in a definite or indefinite article (examples of both appear in the quotations above); but, in most of the ways that really matter, the compère at that poetry reading had pretty well hit the truth of it: Monastery of the Moon is an impressive and varied collection which appeals on a many levels.  What’s more, Norbert Hirschhorn is a pretty good reader of his own work and is well worth catching if you can.