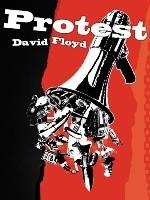 Protest by David Floyd, The Manager by Robin Vaughan-Williams
and Boring the Arse off Young People by Martin Figura 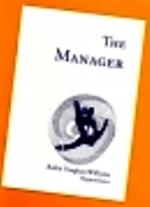 The term “light verse” – sometimes used rather disparagingly – is often applied to poetry which seems readily accessible and designed to make the reader smile if not laugh out loud. It is a common mistake to suppose that something easy to read must also be easy to compose. A similar error is to assume that something funny must necessarily also be rather trivial. In fact, of course, humour can be a powerful tool for opening up serious issues. Satire or ridicule can act like a beam of light from an unexpected angle that exposes truths which may have been kept – or allowed to remain – in the dark.

The three pamphlet collections considered here all contain a certain amount of “funny” poetry. Or perhaps one might say they contain poetry with its tongue in its cheek – poetry not taking itself too seriously. The poems can, however, take other things quite seriously by standing back to examine received ideas with a wry and sceptical eye or testing their supposed validity to destruction by pushing them to the edge of absurdity – and even beyond into the surreal.

In Protest, his second pamphlet from Hearing Eye, David Floyd combines a dry, sardonic wit with a quirky and original imagination. Floyd’s poetry inhabits a world most of his readers will recognize – especially those who spend time waiting at bus stops and dealing with unwanted mail from big organisations. But he looks at this world with a very individual eye and while his observations are often very funny they are also perceptive and sometimes surprisingly tender.

Floyd’s poetry mostly uses informal, conversational rhythms and his poems are often little narratives. Although he seldom uses regular metrical patterns, he shapes his poems into stanzas of fairly consistent length rather in the way a story would be split into paragraphs.

One of Floyd’s tricks for amusing his readers is repetition of a telling or unexpected phrase. We encounter this straight away in the first poem which begins

There was a dead swan
at the bus stop this morning
and everyone was scared because you never know
you never know with dead swans.

It is clever to make us wait until the second line to find out where – out of all the places a dead swan might reasonably be found – the corpse actually is. And the second couplet neatly colludes with typical British embarrassment at having to deal with an unusual situation.

In one of his rare uses of a standard form, Floyd incorporates repetition in the second poem, a pantoum about an unsuccessful street preacher:

This poem manages to blend regret and ridicule – leaving us in doubt about which emotion is uppermost in the poet’s mind. One suspects it is regret because of the compassionate couplet which begins the later poem (based on a newspaper headline) ‘King’s Cross hooker chopped up and dumped in canal’. Even in death / she is defined by her profession he begins – but then undercuts his reflective mood by playing with what the clever academics say about prostitution being made obsolete by empowered women asserting themselves.

When he chooses to, Floyd can make good use of rhyme as in ‘Cap in Hand’. And ‘Technical Content Unchanged’ appears to be a “treated text” based on re-arrangement of words in the guidelines accompanying some official form:

If the decision relates to first, final and nil you cannot return
If you are sent back
include your errors on a notice showing only corrections.
The underdeclared will not be subject to anything else

Floyd employs a similar technique in a mock-letter ‘From the bank’ which slowly descends into chaos, thus appealing to popular dislike of customer communications from large organisations. He tickles another sort of prejudice in the book’s title poem ‘Protest’ which readers are invited to adapt to their own situation:

Remember that time in insert year
When we marched through insert town or city
To march against insert America
After they invaded insert country?

Apart from a couple of pieces, like ‘On Moths’, that seem rather too lightweight, Protest is an enjoyable read; and it also bears re-reading. Many of the poems contain felicitous touches you might be tempted to share with someone else in the room/on the bus beside you. Floyd (who, incidentally, is a good reader of his own work) does what he does very well indeed. After this, his second pamphlet, it would be interesting to see him aim for a full collection in which he can extend his range.

The Manager, by Robin Vaughan-Williams, is one of a series of pamphlets from Happenstance press which offer sequences (as opposed to short collections).  In places it seems to carry echoes of David Floyd’s self-deprecating and sardonic voice and to make similar use of wry comments and artful placing of line breaks to set up a punch line.  But the poems in this book do not tackle such a range of subjects and in some ways they are tighter and more disciplined. Vaughan-Williams’ own poetic persona is rather less in evidence than Floyd allows (or seems to allow) his to be.

The Manager explores the familiar world of office work. Almost everybody – even someone who is a manager – has had experience of “being managed” and will recognize some elements of office-speak, as when the manager says There is beauty in nonconformity … different shades of black are permitted. Vaughan-Williams’ more startlingly fanciful images stand out all the more sharply against a background which feels almost familiar: on taking the manager’s hand the skin slips from his palm and I find myself / clutching at a hollow glove.

The collection starts in good knockabout fashion with ‘Risk assessment exercise’. Readers who are sceptical about health and safety regulations will enjoy precepts such as Danger: of bumping into things in the dark / Action: keep eyes open. But the poem soon moves to less predictable territory:

These lines might be making a quite profound point about Christian theology and they alert the reader to expect more from the book than easy jokes about human resources legislation.

Vaughan-Williams has an ear for language and a deftness with (fairly free) form which gives his poems an energy that keeps our attention as we accompany the manager on a kind of voyage of self-discovery and watch “precise” business jargon end up creating confusion. The manager is not a self-confident type who might be found on TV’s The Apprentice. We may be surprised that He does not know how much he is worth – although perhaps we are less surprised to learn that There is a long list of actions he has not yet taken.  The manager is able to prevail easily enough in his interaction with the author:

‘Not a very well known poet,’ he says
and fires me anyway,

But he still suffers from self-doubt and

… has proverbs on the wall about being a good man
and he reads them at times of intense isolation.

He sometimes hides beneath desks and sits behind blue curtains, his vulnerability reminding me somewhat of the hapless Sonny Jim in poems by Hugo Williams. Yet by the end of the book he has somehow attained a kind of freedom and he

The Manager is an original and enjoyable book which proceeds from bizarrely twisted reality towards wish-fulfilment fantasy where the manager sways in a grass skirt / … and the whole community / sways with him. The poems are well-crafted and the language is crisp, terse and lively. Once or twice the manager seems to be a striving for eccentricity for no very good reason (a sliver of onion up each nostril); but on the whole the sequence itself holds together quite well – although without fully convincing me of the eventual sense of hope the book’s back cover seems to promise.

As its title clearly suggests, Martin Figura’s pocket-sized chapbook Boring the Arse off Young People (Nasty Little Press) adopts a rather more in-your-face approach than the rather understatedly subversive poetry of Floyd and Vaughan-Williams. Figura is capable of a good rant – as you can verify before you go out and buy his book if you watch and listen to him reading the poem ‘Talking’ on You Tube here (let’s see them do that in a print magazine review!). He can also write a good reply to a good rant as in ‘Dear Mr and Mrs Ainscough’ :

You have nothing to worry about: house prices are not affected
by wheelie bins; Princess Diana’s death was an accident;
Muslims have the same wheelie bins as everyone else;
… wheelie bins are made in Britain; single-mothers
are not given priority for new wheelie bins

Pieces such as this one read as though they were written with performance in mind. But they do also work well on the page.

Figura has a knack for giving a subtle twist to cliché: the book’s title comes from a poem entitled ‘(The Trouble With) Middle Aged People’. Middle aged people today don’t know they’re born / … they’re at Glastonbury / boring the arse off young people / about Dylan. He can also turn his energy to lively poems of enthusiasm rather than mockery, as in ‘If I Was Irish I Would Write Helen Ivory A Love Poem’ where he delights to tell us

before proceeding to itemize some of her more intimate attributes. He clearly has a love for words and a fondness for poems with long lines (and long titles) to enable him to use more of them. Yet he can also be very effectively economical as in ‘Family Christmas’

Every single year
we gather around the tree
opening old wounds.

He does well at medium length too, with some rhyme thrown in for good measure, in ‘Norwich, Midnight’. These and other poems show that Figura’s sense of humour is coupled with a sympathetic eye for the human condition. Beneath the tumble of words (like Floyd, Figura understands the rhetorical power of repetition) the poem ‘Still’ is a sensitive commentary on falling in love in middle age

The book is not exclusively concerned with the middle-aged, however. ‘Waiting for Lily’ is an unsentimental welcome poem for a not-quite-arrived new baby; and ‘This Be The Worst’ is a role reversal version of Larkin’s famous poem about what your kids do to you.

Martin Figura’s poetic credentials extend to a much wider range of styles and themes than are on display in this little book. He has shown himself capable of sustained treatment of a very serious subject in his full collection Whistle (previously reviewed on London Grip here). Boring the Arse… may be a fairly light hearted entertainment, dealing with fairly everyday subjects; but in its small way it accomplishes what it sets out to do just as effectively and with as much craft as Figura’s more ambitious and more serious work.