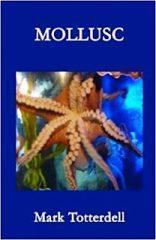 This is Mark Totterdell’s third collection and like This Patter of Traces (2014) and much of Mapping (2018) it’s concerned with the natural world. There are 100 poems, divided into four sections – three for the classes, “Insects”, “Birds” and “Molluscs”, and a longer, more varied section, “Here”, which comes between the last two.

The first poem in the book, “The Aurelians”, is about Victorian butterfly collectors, who ‘shut golden fluttering wings in jars of death; // alien to us.’ It’s easy to take the moral high ground, but we are reminded that: ‘Bad air accumulates; we might bemoan / the ways we’ve come to kill the things we love.’ The Victorians may have killed individuals, but we are destroying whole species by allowing the world to turn into a vast killing jar.

The unusual title of the poem reminded me of Totterdell’s “Word of the day” posts on Facebook. Rare words occur only occasionally in the poems themselves and are justified by their technical accuracy – for example, the ‘interlock of remiges, / of retrices’ (wing and tail feathers) of a blackbird, or ‘The pale / supercilium’ (eye marking) of a redwing. It’s in the titles that Totterdell’s preference for scientific names is most marked (particularly for insects and molluscs). Perhaps he wants us to read his descriptions with an innocent eye, although I’m afraid I went straight to the internet.

There are a number of poems in the book which, like “The Aurelians”, deal with threats to nature, but Totterdell isn’t simply pushing an agenda. He recognises that nature itself can be cruel and wasteful, as in “Purse” about a washed-up egg case, which may not be empty (‘… chuck it back into the churning surf. / And watch the callous sea chuck it straight back’), or when children discover a baby bird fallen from its nest (‘We gaped at its impossible, pink foulness, / a shocking, insupportable near-foetus, / with dull blue bruises where it wanted eyes’) and find themselves ejected from their own childhood Eden:

Children themselves may do unintentional damage, as when:

I liked the pun on ‘green’ and the poem gains effect from being set in a field that is now the object of less innocent depredations by developers. In other poems, the interventions may simply seem futile. A man on a beach uses a plastic litter-picker to pick up plastic scraps and put them in plastic sacks:

Another poem describes a ‘… mad plan to make amends / to something precious …’ by helicoptering an electronically-tagged rhinoceros ‘into the wilderness that is its promised land’. Well-intentioned acts may be pointless without a sense of the bigger picture: in “Spawn” he feels smug about having rescued a mass of frogspawn ‘dropped wrong, far from water’, having forgotten ‘my part in the draining of the swamp, / the harrowing of earth, non-stop’. At times, the poet comes close to seeming resigned. Watching a snail move ‘across stone traces of its long-lost kin’, he contrasts scientific excellence with political inertia:

As he says in “Light”, ‘You try to live right, // but dislodge the dogwhelks, / unanchor the mussels. / It’s hard to walk light.’

It’s not that he doesn’t think the problems need to be addressed and urgently, but – as a poet – Totterdell is himself more an observer (‘naming, knowing’) than an activist. Indeed, one of the real pleasures of reading Mollusc is the close attention he pays to descriptions of individual animals. The toad that squats on his hand in “Bufo” is ‘unmetaphorical’ – a nod to Philip Larkin’s ‘toad work’ perhaps, or Marianne Moore’s ‘imaginary gardens with real toads in them’.

The descriptions of insects, in the first section, are written as if through a macro lens – this about a caterpillar:

Totterdell casts his net wide for comparisons. The legs of a pond skater are ‘a thin saltire’. His “Jersey Tiger Moth” is patterned on top ‘in glam rock zigzags, like a dazzle ship’ and underneath is ‘the perfect shade of tinned tomato soup’.

“Insects” ends, as it began, with death:

In the next section, “Birds”, Totterdell necessarily takes a step back. There are still some neat descriptions (‘the keyless padlock’ of a parrot’s beak or ‘the yellow comedy rubber chicken feet’ of an egret) and he continues to pay close attention to detail – colours in particular, these being birds:

But elsewhere he zooms out and pans across with more about movement (a treecreeper’s ‘Jink, jink, jink, as if in / a one-frame-per-second film’) and surroundings (long-tailed tits ‘launching themselves / over tarmac oceans / to the next unnamed green island’). An egret:

Elsewhere, mankind coexists happily with nature, as in “House Martins” ‘joining their houses to ours’ or in “House Sparrows”, where he wonders:

People figure more in the third section, “This”, although it remains focused on nature. The poems are arranged alphabetically by title, as if to emphasise their miscellaneousness. There are a number of poems about childhood, including one called “Hirudo”, a made-up name for the leech that the poet innocently meant to keep as a pet, but which escaped overnight and disappeared. Transience is a key theme, as in the section’s title poem, which describes a grass snake emerging from the river beside a pub garden:

“Molluscs”, the final section, might seem to offer less promising material, but Totterdell lets himself go in bringing these mostly sluggish creatures to life:

There is variety here – marine as well as terrestrial molluscs and fossils as well as living organisms – but with 27 poems it is second only to the more wide-ranging “Here” in length and I wondered if we really needed four octopus poems and seven about snails.

Totterdell uses a variety of forms – free verse and blank verse, as well as understated rhyme and half-rhyme. There is an unrhymed (or lightly slant-rhymed) sonnet, “Jersey Tiger Moth”, and a villanelle, “One Night I Slept on Land that Isn’t There”. He also employs anaphora (in “Amber Dagger Pommel”, “Frog” and “Polymath”) and uses sound poetry to write about a grasshopper, “Chorthippus”, and concrete poetry to describe an octopus getting out of its tank (“Escapologist”).

Although it may be a little overpopulated, Mollusc is a delightful book by a resourceful poet, who always keeps his eye on the subject.