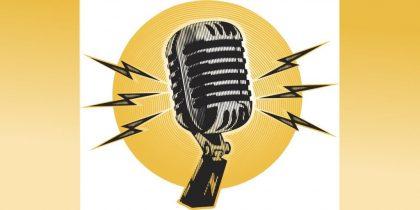 At the start of 2020, Southwark Playhouse commissioned a group of playwrights to write short plays.

The aim was for them to be performed on stage by the Elders Company, the playhouse’s drama group for anyone aged 65 and over, but then lockdown came along.

Drawing on its long history of resourcefulness, the theatre worked with the writers to adapt their plays and the result is a series of audio productions to be released on Mondays and Thursdays until February 18.

The first is Puffins by Sophie Ellerby, a young playwright whose acclaimed 2019 debut LIT focused on turbulent teenage emotions.  Her commission for the Elders shifts the focus to late life as two friends Rose and Gwen stand near a cliff edge to scatter the ashes of Gwen’s husband.

The subject-matter verges on a cliché of afternoon radio drama, but Ellerby and the cast turn it into a cameo exploration of the gap between what we feel and what society dictates we should feel and the consequences for identity.

The dilemma is summed up in the laughably mundane metaphor of a sandwich for which protagonist Gwen has no appetite but is being pressured into eating.

Her triumph is to refuse it, but she only has the strength after years of being married to a man she lacked the courage to reject and whose ashes she is about to throw into the sea.

The temptation of so short a play could be to rush and cram too much in, but Toby Clarke’s direction ensures the pace is unforced as we puzzle over the sound graph on our screens, like skyscrapers reflected in an urban canal, quite content not to be watching Zoom.

For Southwark’s Elders, the triumph is an adventure in a new medium.

“Realising my voice was my only tool to convey the nuances, twists and shades in the story was a challenge.  I wanted the audience to see the cliffs, the beach, the puffins and the sandwiches as clearly as I saw them in my mind’s eye,” said star of the show Mina Temple, quoted in the publicity material.