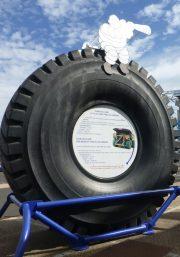 In 1894, Edouard Michelin, the fine artist of a gifted family, looked at a pile of tyres and said to his engineer brother André: “With arms and legs, that would look like a man.”

Four years later, the French cartoonist O’Galop drew a roly-poly white figure with the caption “Nunc est Bibendum” (now let us drink) and Bibendum, or the Michelin man, who drank up any obstacles on the road, was born.

One hundred and 21 years on, he is still earning his keep as one of the most successful advertising creations of all time.  Visitors, some with mini-Bibendum figures sitting on the dashboards in their awaiting cars with their Michelin tyres, are cheerfully paying the 9.50 euros entrance fee for an exhibition, which is a slice of industrial history and the modern-day incarnation of the Michelin family’s marketing nous.

You could say it’s a regional skill as the nearby Volvic factory has made a fortune out of brilliantly marketing drinking water.

The two Michelin brothers André and Edouard took over the family rubber business in 1889 and swiftly concluded that making transport run on inflated rubber tyres rather than the solid wheels prevalent at the time would revolutionise comfort and safety.

They embarked on a series of inspired innovations, such as the detachable tyre that transformed cycling, and on convincing the public the Michelin way was right.  Apart from relying on the popular appeal of Bibendum, they organised races, stunts, prizes and a developed factory work ethic that combined U.S.-inspired principles of mass production – or Taylorism – with French-style paternalism in the form of health care, sports facilities and social housing for the workers.  Known as Bibs, after Bibendum, they lived in streets with uplifting names, such as Rue du Courage.

Michelin still dominates the central French town of Clermont-Ferrand.  Its 2,000 square metres “Michelin Adventure” exhibition is set in a factory building, typical of the early 20th-century industrial style with a saw-tooth roof, between the university and cathedral city of Clermont and Montferrand, once a separate episcopal town.

At the entrance, we encounter the world’s biggest tyre, capable of carrying a 600-ton truck.  We then work our way through all the other forms of transportation that have run on Michelin.

One of the most extraordinary is the Micheline, which the engineer André dreamt up after a particularly uncomfortable train journey.  An elongated car designed to run on rail tracks, it could glide along at hair-raising speeds while passengers held on to their coffee cups. 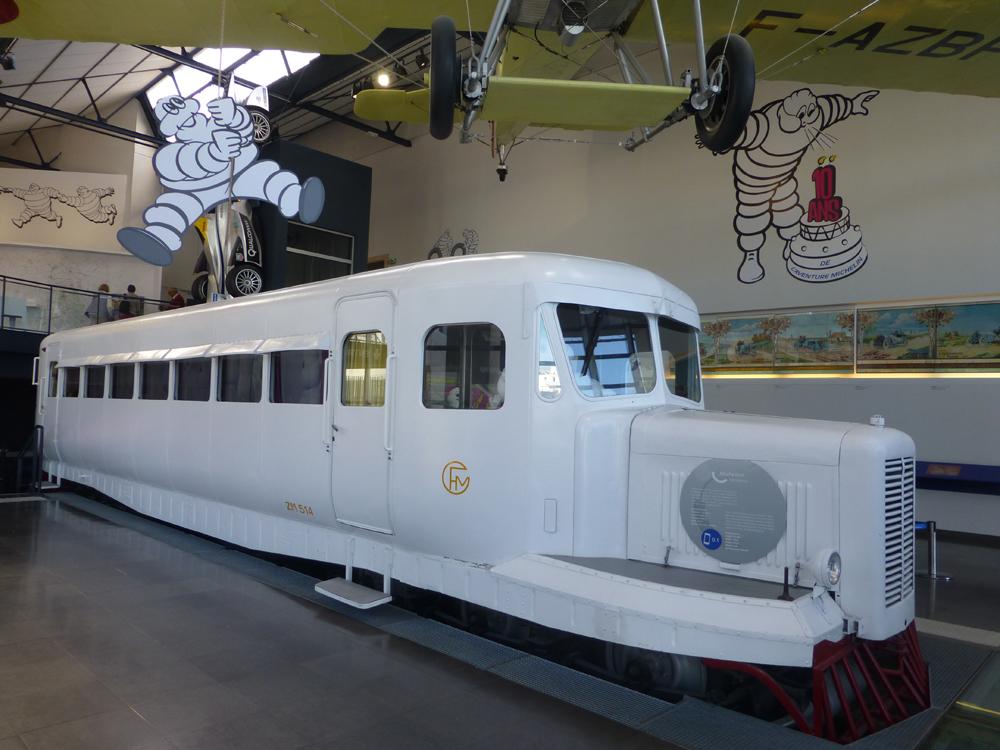 In this case, even André’s belief in the Micheline couldn’t bring about international success, although it has been revived as a tourist draw in the former French colony of Madagascar, as we learn from a romanticised film account as we sit in a model Micheline.

More often than not, the brothers’ enthusiasm prevailed.  A cheeky publicity stunt in Paris that allowed pigs to be transported on comfortable Michelin tyres drew attention to the absurdity that human omnibus passengers still had to be jolted along on hard wheels.

Another example of advertising bravado was the Michelin Special Prize that promoted the idea of Michelin tyres on aircraft.  To win 100,000 French francs, a pilot had to fly around the Arc de Triomphe in Paris, then to Clermont-Ferrand and to land successfully on the summit of the Puy de Dome, the extinct volcano that can be seen from much of the Auvergne and especially from Clermont-Ferrand.

If such feats of daring could be dismissed as gimmicks, the Michelin maps and guides are of enduring usefulness.  They evolved naturally from André Michelin’s work as a cartographer and the enquiries of the elite group of car owners around the turn of the 20th-century in France, who looked to Michelin for advice on their journeys.

The rest is history – history through rose-tinted Michelin eyes, but compelling nonetheless. 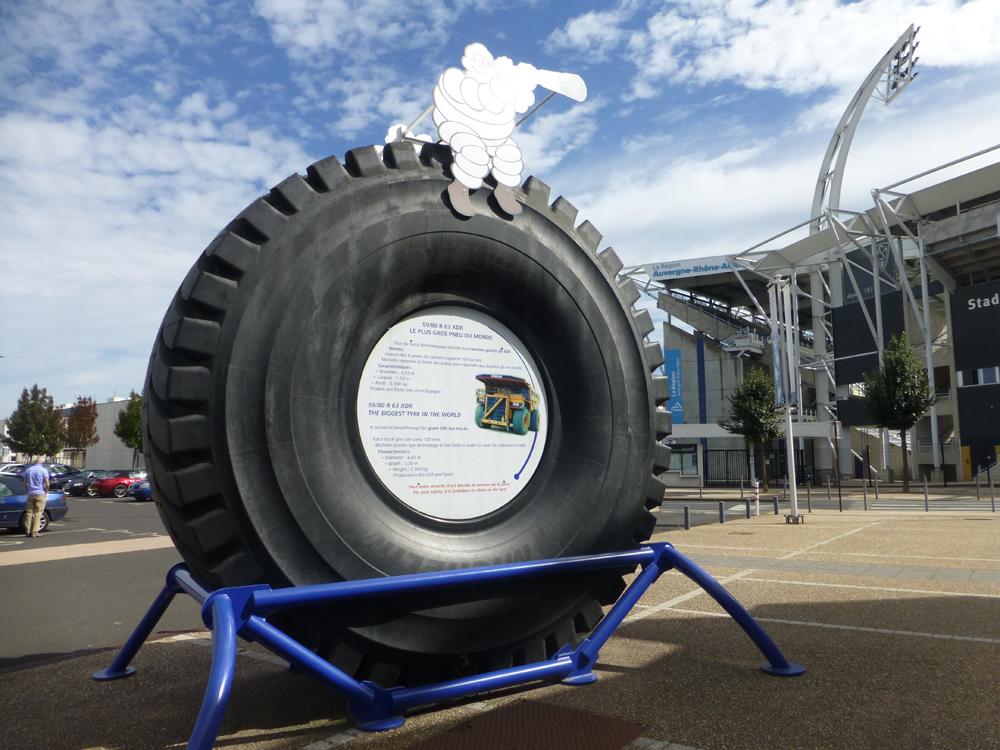