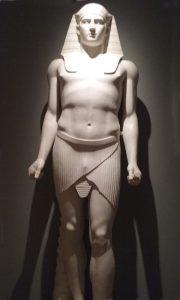 Three free exhibitions at the Ashmolean Museum of Art and Archaeology, Oxford.

Sometimes free exhibitions are as interesting as ones you pay for.  This is the case of three free exhibitions displayed in three different rooms at the Ashmolean museum in Oxford.  Though each exhibition is presented in only one room, they all show enough objects or pictures with effective explanatory captions that allow the viewer to successfully understand the subject.

Antinous: boy made god in Gallery 8, focuses on the figure of the handsome young man from Bithynia (present Turkey) who was the beloved lover of the emperor Hadrian from AD 123 till the boy’s death in 130.  He drowned in the Nile, and there are no records to ascertain if it was an accident, suicide, or if he was killed.  Possibly it was a self-sacrifice in favour of the emperor.  Antinous did not hold any official or public position and was not a Roman citizen.  However, his cult spread throughout the empire; he was represented in statues, busts, coins, bronze statuettes, and was celebrated in poems, hymns and festivals.

The exhibition displays several marble statues such as the beautiful ‘Antinous from Syria’, a naked bust with an inscription, ‘To the Hero Antinous’.  The ‘Townley Antinous’, a head that was part of a statue, wears a wreath of ivy reminiscent of the figure of Dyonisus.  His face looks down, in a modest pose as in the life-size statue of the ‘Capitoline Antinous’.  This modesty represented the attitude the elders expected from a well-educated youth, similar to the ‘Venus pudica’ (modest Venus).  The hairstyle, curls at the front and long hair at the back, is reminiscent of figures of heroes such as Achilles.  However, there are no records of heroic acts or other particular events he performed, except the fact that he was Hadrian’s lover.  He represented homoerotic attraction, which was subsequently repressed under Christianity, and had followers in local and popular worship.  This widespread and enduring veneration is considered unusual by experts and though Hadrian founded a city in his honour, Antinopolis, and supported his cult, it does not seem enough to justify it.  The most feasible explanation about this success is that he probably answered a need in society.  The worshippers identified themselves in this country boy who became a hero and a god for them, and his life was exemplar.  The exhibition also displays plaster casts and a statue of Antinous as Osiris, found at Hadrian’s villa at Tivoli in Italy.  This representation as the Egyptian god of the underworld testifies the versatility and popularity of his cult.

A very different and equally engrossing exhibition is in Gallery 11.  It is dedicated to the Chinese painter Lui Shou-Kwan (1919-1975), who lived in the mainland China and in Hong Kong working for a Ferry Company and teaching art.  In his work he developed spiritual themes connected with Buddhism and Confucianism expressed in his landscapes and abstract paintings.  His apparently loose, though carefully controlled, use of black ink in thin lines as well as in large patches reveals a traditional approach that records the physical object or landscape but aims to a spiritual connection.  This is very clear in his Chan paintings (Chan meaning ‘Zen’ in Japanese) where large brushstrokes in black ink are juxtaposed to small yellow or red marks, probably linked to the symbols of colours in Buddhism where red is traditionally associate to life and virtue and yellow to renunciation and emptiness.  They might allude to Zen practices focusing on meditation, a point in time and space to contemplate.  The lotus pictures symbolise the openness of this practice to the world and to others, while the landscapes show the dreamlike quality of the land in its expanding, almost boundless reality, that seems to reach beyond the page.  The abstract paintings are fascinating in their simplicity and yet highly evocative of a possible different dimension.  The centenary exhibition dedicated to this remarkable painter displays a riveting selection of his works; this gives the viewer a deep and vivid awareness of the interests and development of his art.

In Gallery 29 the Surimono prints’ display from the Ashmolean’s collections offer an interesting view of Japanese poetry, custom and art of the early 19th century. The Surimono, meaning ‘printed thing or object’, is a woodblock print of about eight by nine inches commissioned for special occasions such as New Year greetings, the Cherry Blossom season or other particular events. They wish good luck combining images and poetry with pictures linked to nature, historical events, symbols or still life. They often illustrated a particular poem that won a competition or publicised Kabuki actors and did not have a commercial distribution but were privately published and privately owned. The text was paramount and was the main inspiration for the illustration which interpreted and added layers of meaning to the poem.

The exhibition, though displayed in a small room, offers a good range of examples from Kabuki actors, historical figures, symbolism linked to Buddhism, iconic characters of literature and legends, and festivities.  The exquisite elegance of the pictures and their connection with the importance of harmony in life, convey a spiritual influence that, according to Japanese tradition, was present in the words of the poems.

The three exhibitions, though limited to one room, give a vivid and extensive view of the themes they address.  The viewer cannot be but fascinated by their original finesse, vision and artistry.


London Grip Poetry Review – Lisa Kelly Your Culture is not mine…or is it? America’s tense relationship with high culture. By Stephanie V Sears