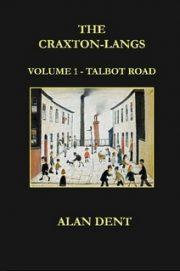 The over-arching title of this eight-volume novel brings to mind the Rougon-Macquart.  The comparison is apposite because while Zola structures his series around his faith in biological determinism, Dent’s novel dismisses it as a delusion.

Among an array of well-drawn characters, the two principle ones are Bert Lang and Elsie Craxton, both born into material hardship in the north-west of England in the early 1920s.  She is raised in a sober, industrious, socialist, Methodist family while the illegitimate Bert is abandoned as a young child by his wayward mother and left in the less than caring hands of his violent, chaotic, dipsomaniac grandparents.  Where Zola would have the negative traits re-appearing in the adult Bert or his offspring, in Dent’s vision the idea that blood or DNA make us what we are is replaced by the more subtle view that culture completes us and culture is what we make for ourselves.

When Bert is demobbed after six years in the RAF, he comes back to his native town and is determined to make something of his life.  Dent captures convincingly the combination of chutzpah and hope which brought the 1945 government to power and made Nye Bevan one of Bert’s heroes.  He and Elsie met the day war broke out and kept up a brief desultory correspondence while he was in Italy and Egypt, broken off by the strict Elsie when she learns he enjoys the odd drink.  Exceptionally pretty, Elsie stirs Bert’s desire for belonging, but not before he has committed an indiscretion by agreeing to make pregnant a married woman he meets at his night-school class and whose husband is infertile.

The novel charts Bert’s long and difficult path into Elsie’s affections and her family.  Bert finds there what he has never known.  He greatly admires Elsie’s father, Tom, a taciturn man of unflinching principle and undemonstrative kindness and gets on well with her three brothers, all skilled working men.  Yet from the start there is a kernel of distress in his relation to Elsie.  He is charmed by her beauty and impressed by her robust values:

“He knew the snobbery of the working people and he knew it was absent from the Craxtons.  Why were they different? It puzzled him but the puzzle wasn’t enough to hold him back; who could have resisted being close to this family with its mixture of astringent principles and gentle emotions?”

There is a funny, charming scene early on when she is making him a cup of tea in her house and refuses to heap sugar on the teaspoon because level spoons are enough and he should “Think of the folk who have nowt.”

“He laughed and shook his head but he liked her attitude…A girl who thought about “folk who have nowt” when she was putting sugar in tea wasn’t going to do him any harm.”

Yet Bert underestimates her difficulties and over-estimates his capacity to deal with them.  Though never stated, the novel suggests Elsie’s petulance, touchiness and brittleness are evidence of unresolved mental conflicts.  The couple’s attachment grows as Bert tries to make his way in the accounts office of a local building firm.  The reverse of this search for stability, security, affection and material comfort is Bert’s friendship with his old friend Slick Sticks Sam, a drummer of dubious ability who makes a precarious living in pubs, dance halls and nightclubs.  A chaotic drunk and womaniser he offers a bohemian foil to the settled life Bert seeks.  Dent doesn’t, however, see the bohemian life through a romantic haze: Slick Sticks’s self-abandonment is funny but pitiful.  The conceit is potent.  It points to the paucity of choice in a society of supposed freedom and raises the question of whether a middle way between conformism and disaffiliation is possible.

Elsie too has a close friend.  Maggie has been her boon companion since childhood.  Their lives have followed the same trajectory.  When she falls pregnant before marriage, it throws Elsie into confusion.  There’s a very telling scene when they meet in a café to be joined later by Bert.  Elsie asks Maggie if she is in love with her boyfriend, Max.  When she concurs, Elsie asks what it’s like.  The embarrassed friend has to reply:

“You just know, Elsie……If you don’t know….you’re not in love with him.”

Bert loses his job because he tries to protect a young vulnerable lad from the sexual depradations of his boss, a married man who feigns respectability while pursuing bi-sexual inclinations surreptitiously; but because he can drive he drops lucky through a friend and lands a position as a “commercial traveller” for a local paint manufacturer.  He and Elsie indulge in what she has resisted but which Maggie’s lapse pushes her towards.  They marry in the early stages of her pregnancy.  The child is stillborn.  These last pages of the book are something of a brief tour de force.  Dent writes without sentimentality and searingly of the terrible loss.  It’s cleverly done.  There is no resolution.  Volume two awaits.

There is much more in the novel than touched on here.  Dent’s analyses of his characters’ thoughts and reactions are compelling and insightful.  This is literature at a high level which rewards the effort of its demands.  It isn’t mass lit, but has what makes real literature work: a sense of inevitability and a serious engagement with serious questions.  Above all, it may be a revolutionary work in that it rejects a delusion which has nestled at the heart of our culture for centuries: the idea that social stratification is biologically determined.  What seeps through the lines, chapter after chapter (there are ten) is the recognition that everything is a relationship.  We are what we are in and through our relationships and only there.  Nothing is fixed.  There are no eternal absolute hierarchies.  An employee is not an employee nor an employer an employer by nature.  They mutually define.  It is this powerful sense that we have the means to make ourselves through the relationships we create which gives the book its sense of hope in spite of the tragedy it enfolds.