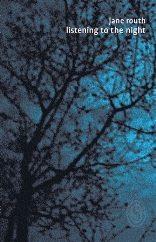 ‘Poets love nature and themselves are love’—or so wrote John Clare from the asylum sometime around 1850. In the intervening hundred and seventy years British poetry’s love-affair with nature hasn’t always run smooth. The twentieth century was generally a good time. You only have to open your Gurney, Thomas, Andrew Young and the smell of loam drifts out, and later, when things were looking a bit grim, along came Hughes to affirm the age-long partnership of poetry and the natural world. Right now we’re in a stickier patch. We’re guilty about what we’ve done. Deforestation, urbanisation, climate change… It’s getting harder to look Nature in the face.

Interestingly these days it’s women who are in the vanguard of nature-writing, on the poetry front at least. For starters, you’d think of Alice Oswald, Kathleen Jamie and perhaps Jane Routh. Jamie’s Findings (2005) and Routh’s Falling into Place (2014) are both fine meditations on the place of woman—and by extension man—among the lochs and fells, the corncrakes and curlews, though these of course are prose works. With poetry it’s not so easy to be matter-of-fact, to be scientific. And that, with Romanticism and Rural England long gone, is the default standpoint of the naturalist. If we can understand the world and what we’re doing in it in scientific terms then perhaps there are actions we can take, alternatives we can embrace.

What, then, can poetry do further? Particularise? Argue? Lament? Enjoy? To some extent Jane Routh’s new collection does all these things. What we have learnt from Clare is to observe and listen. As you’d expect from the title, Jane Routh is a good listener—to the wik wik of a Tawny Owl, the ‘hum/not hum’ of the fridge at 3am, or the ‘chatter of growls and barks and protests’ from an angry bat that has found its way into her kitchen. From the book as a whole you get a sense of a life lived with rather than against nature, of acceptance and challenge.

‘Things are never what / you expect.’ she declares of the departing swallows that don’t seem to be tracking south.

Jane Routh’s language is easy-going with little in the way of rhyme or metrics, but the use of line breaks here at the end of “She thinks she sees the swallows leave Cairn Holy” conveys exactly that undermining uncertainty and the desperation of loss that we’re driven to feel in the face of dwindling populations and negative statistics.

Routh’s holding (she likes that word, and so do I) in the Forest of Bowland supplies enough of birds, stones and bones for a whole series of books, but from Listening to the Night you also get a feeling for the interdependence of all life, animal and human. A number of the poems deal with community, memory, fragility…

“One place” gives a local habitation and a name to the fields, woods and neighbours that you can only know when you’ve lived rootedly ‘all your adult life’. After felling trees you planted too close ‘You drop logs in the stove, without regret, though / they’re recognisable still.’ Listening to the downspouts ‘full of short vowels’. People become stories, names on maps, on gravestones. There’s something reminiscent in this spry, tender poem of Routh’s not-so- distant neighbour Norman Nicholson, whose autobiography Wednesday Early Closing is well worth ferreting-out (from the Faber Finds print-on-demand series) if you like his work.

There’s a balance in this collection, but the green world comes back with each new morning, along with that question of how to speak of it, since like humans the natural world is mortal, though other. For poets a degree of anthropomorphism is allowed, but we’re not fooled by the husband-and-wife metaphor that threads down “My neighbour killed on the road”. Nor, I think, does Routh intend us to be. When you live in an isolated place, the familiar raptors, the regular visiting mammals, become companionable, their absence a genuine sorrow:

My own preference is for the spitting angry language that conveys Routh’s frustration at our casual attitude to bio-security—which flares up in two poems towards the end of the book. Hymenoscyphus fraxineus is the fungus responsible for ash die-back and its spread has been blamed on wind-blown distribution from the continent. The poet, as scientist and map-reader, is aware of its initial distribution close to the south-east ports and its subsequent spread inland, on trucks and in commercial compost.

In “Wind and woods” she points the finger directly at the passing wagon that ‘turns across the wind’ so the millions of spores are up and off again ‘to re-settle their invisible deadliness / on the clean new leaves of a sapling ash – / a self-seeded adventurer / which had been heading for the sky’. Too often science has told us what’s happening but left it to the poet and the activist to suggest a response.

There are poems and prose-poems about history and family, lost and recycled things, the living and the dead, but this book is still about tracing a particular and personal response to place – or places. John Clare would recognise Routh’s mole-eyed primroses and her attachments to locality. Our present is tied up with our past, what we become is infused with what we have been. It’s that continuity that Routh is coming to terms with in “Against memoir”, where she refers us to ‘those selves / who’ll slow us down, settling into our bodies / with their foibles and failing bones’. By inference we should listen to the animals and plants that are both like us and unlike us, just as we might listen to our passing selves.