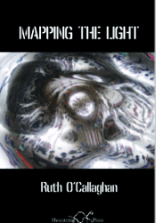 This far-reaching meditation on London immigrant experience begins by pointing up the importance of viewpoint, be it authorial or societal:

Having adroitly established global business as the city’s (or at least the City’s) modern-day religion, O’Callaghan identifies the main focus of her attention, the “disregarded”, an increasingly differentiated group:

One feels these names are selected more as a form of shorthand identification of the immigrants’ countries or cultures, as opposed to the dismissive insults historically thrown out by some sections of the indigenous population. However, the terse enaction of accusatory finger-pointing ensures that the pejorative associations linger in the background, like the often unspoken but deeply-rooted prejudices that immigrants have faced throughout the ages.

As this nine-page poem progresses, echoes of ‘The Waste Land’ make us reflect how London has moved on – and yet perhaps has not – since Eliot’s day:

But in the face of degradation emerges an ever more urgent resistance and resolution:

The wording suggests Macbeth (“Yet will I try the last….And damned be he who first cries ‘Hold, enough!’”), but the poem’s brave soul is in a hell on earth rather than a future inferno. Perhaps a closer parallel would be Beckett’s Unnamable: “You must go on, I can’t go on, I’ll go on.”

We are soon taken back in time, to the indigenous experience as seen through the prism of two World Wars, with the prose piece ‘Donna’ capturing the agonies and indignities suffered by the speaker’s father – “gas, the stench of his trench foot, amputated, uncompensated by hand-propelled wheelchair, adapted, left hand drive, his right lost to a friendly grenade” – while ‘Home Guard’ paints a scene of geriatric despair, as if to intimate that the whole nation, and its imperialistic culture, have grown colourless and sclerotic:

The way in which “gap” becomes “gape” skilfully suggests the vacant stares of stunned astonishment on the faces of people witnessing the destruction of the Blitz. But the poem also points forward to the collection’s next phase, dealing with post-war Irish immigration:

The section entitled ‘Migrations’ underlines the lowest-of-the-low social status of this new group, with a neo-Joycean character named Finbarr Flynn O’Brien, himself a former navvy, recalling the infamous rental advertisements of the period, as he whimsically ponders “how the Irish still maintain their position below dogs and now blacks” (‘Un- Under’). This contemptuous disrespect is defiantly countered, as O’Callaghan flags up the nature and extent of the toil undertaken by the often physically ill-equipped motorway and underground passage builders –

with that refrain deriving from a contemporary song in which the fusiliers are an army of navvies. And as if by way of substantiating the poem’s next line, which encapsulates the abiding resilient spirit of the whole book – “Broken-backed, broken hearted, but never broken” – this section goes on to reveal the educational self-help philosophy that grew up among the Irish community, in search of integration and upward mobility. Finbarr develops a taste for the poetry and philosophy of Beckett, and O’Callaghan accordingly demonstrates her admirable range of style by producing an apparently effortless pastiche:

The book’s second half moves onto the Windrush generation, at one point memorably juxtaposing a possibly self-ironic reflectivity redolent of Yeats’ ‘Sailing to Byzantium’ with snatches of Caribbean speech. The use of imagined vernacular may trouble some readers, at this time of concerns over appropriation, although my own caveats were more around points when the imitation veered towards the inauthentically ungrammatical:

Personally I have never heard a West Indian, of any generation, say “She no like” or “Ah gets”, still less refer to excrement as “doo-doo”, but O’Callaghan’s ear improves towards the end, where the anticlimactic oppression of so many immigrant lives is more credibly expressed in Elizabeth’s final speech:

The final sections bring us into the modern era, shedding light first on more welcome instances of social progress – such as the fact that bus travellers can now witness same-sex, bi-racial couples holding hands in the London streets – but then on the reactionary forces behind the Brexit vote, making a point of skewering Nigel Farage (in arguably somewhat clunking fashion) for

Although that passage indicates that O’Callaghan’s righteous anger sometimes sparks a tendency to preach to the very probably converted, she deserves much credit overall for a work that shows both great humanity and considerable technical ambition, in which she stretches herself at every turn, refusing to rest on comfort-zone laurels.

An intriguing one-line final section, ‘Autopsy’, implies collateral fallout from the integration process, in the form of dead languages:

The tantalising rhetorical-question postscript made me wonder if that potentially rich theme, which inspired one of Pinter’s most haunting plays, might be the focus of a future O’Callaghan collection. If so, it should prove every bit as stimulating and provocative as this one.