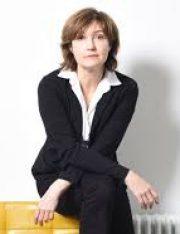 It is heartening to be reminded of these wild girls, at a time when the media bombard us with images of girls vlogging about beauty products and girls jumping for joy about their A star exam grades, while other girls go into melt down over their less stellar efforts.

The Slits were shocking in the best possible way.  Their music was strange and a little disturbing with one of their most well-known singles, Typical Girls of 1979, presaging the later experiments in the avant garde they made before their break up in 1982.  Albertine departed in 1980.  By her own account, their very appearance – sexy disarray, sometimes fetishistic, never pretty – was enough to provoke outrage on the street and put them at risk of verbal and physical attack.

The first memoir focuses on the punk period and life after The Slits.  To Throw away Unopened elaborates on the overwhelming influence of her mother, Kath, hinted at in the title of the first memoir, which was her exasperated response to Albertine’s teenage excesses.

Kath brought up her two daughters, Viv and Pascale, in Muswell Hill with her Corsican husband, Lucien, until he walked away from the family in 1967.  Always a fighter, she impressed Albertine with the necessity to have her own money, to be her own woman and never depend on a man.

Both memoirs demonstrate that following her mother’s advice has not been a recipe for an easy life.  It’s just as well she never expected to depend on a man because, according to her recollections, the men in her life have been just awful, or useless, or both.

She is relatively restrained about her younger ex-husband, who fathered beloved daughter Vida while eroding Albertine’s sense of self, but there is no quarter for the parade of hopeless losers who passed through her life post divorce.   Aside from their individual idiosyncrasies, their worst quality has been a complete refusal to acknowledge the waning libido of the middle aged male which might, otherwise, have helped to accommodate it within some sort of sexual relationship.  So, Albertine has thrown in the towel, and fearlessly embraced celibacy, the single state and loneliness.

Is this dramatic end to intimacy in her life a symptom of a fatal flaw in men of a certain age or is she a terrible picker?

I don’t know, but maybe the relationship with her father had something to do with it.  Lucien was a difficult, occasionally brutal, man who was absent from her life for seventeen years until they were reunited in her late twenties.  During his final illness she was faced once again with his erratic, aggressive behaviour, but it is a sign of her integrity that she admits to receiving a bequest from him, which provided her with the impetus and financial wherewithal to initiate her divorce, and could been have omitted to keep her father squarely in the baddie’s corner of the ring.

It’s easy to attribute some of her relationship woes and career blips to poor decisions, but there can be no doubt that she’s had her share of bad luck with her health blighted by infertility and cancer.

As for her work – well – after The Slits she trained as a successful director in film and television, became a personal trainer and later took up a solo career in music, which included the release of an acclaimed album, Vermillion Border, in 2012.

The musical come-back was hampered by her role as female with guitar, which meant audiences were not as respectful as they might have been.  One punter found himself dowsed with his own pint of beer when he didn’t pay enough attention to this serious musician.

She now brings the same high seriousness to the vocation of writer.  An interview about her approach to her art appears in Fact 3 magazine, where she identifies Violette Le Duc and Valerie Solanas as key influences.

Like her heroine, Le Duc, she spares nothing in the portrayal of self.  There’s a frightful scene in To Throw away Unopened where Albertine and her sister engage in a fierce physical contest for their mother’s attention in the hospital room where she is drawing her final breaths.

The title of the memoir refers to writing on an Aer Lingus flight bag she found after her mother’s death, containing records of her marriage, composed for a solicitor to make a case for divorce, which, when reviewed alongside her own memories and entries in Lucien’s diaries, force her to re-evaluate certain myths about her family which she has held fast to throughout her life.

First, Kath was not entirely sinned against; she could be manipulative and cruel to Viv, Pascale and Lucien; she demonstrated a coldness towards a son, David, born from an earlier relationship, which induced a visceral effect in the young Viv, when, for example, she refused to give him tuppence for a bus fare.

Second, she comes to understand how the dysfunctional dynamic between her parents was played out with Pascale throughout their childhood and climaxed in the bedside fight which resulted in irreparable damage to their adult relationship.

She has further fresh insights, but I will leave others who care to pick up her book to discover them.

Occasionally, when reading To Throw away Unopened I couldn’t help thinking:

“For God’s sake, Viv, give yourself a break and just shut your eyes to the horrible truth like the rest of us do from time to time”.

But still, I can’t help admiring a woman in her sixties who stands by her rage, solitude and self-proclaimed outsider status without blinking or asking for pity.

Polarity and Proximity, Birmingham Royal Ballet at Sadler’s Wells. Review by Julia Pascal. A Review of Marnie by Jane McChrystal.