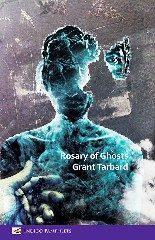 Enthralling lines guide the reader to share in Grant Tarbard’s experience of suffering from a stroke and in the recovery process. His body comes momentarily apart, abandons him, leaving him helpless and in pain in a hospital bed. Yet, the body becomes central in a perspective of survival; he needs to regain his capacity for breathing ‘in a tubed oxygen bed’ if he wants to carry on living.

The struggle between his tenacity to survive and go back to normal life, and his ‘melodramatic body’ that is deserting him, persists throughout the collection. The awareness that we are made of dust and clay, ‘ashen whispers’, that ‘all is straw’ are facts that cannot be denied but at the same time are hard to accept.

Undergoing three operations, the struggle to breathe and coping with the drugs are the themes of the first poems. Tarbard describes himself as a ‘broken Pinocchio’, almost tortured by the implements and medications that are curing him. While people around him plan their Christmas, he is ‘whale beached’, compelled to confront his own mortality and to ‘surrender to this sunken bed’; however, it is hard to be ‘bandaged into a bed eternally’.

Spectres of the past mix with the bleak present. Memories of his younger self smoking ‘brands with royal names’, imagining himself to be involved in a bold adventure heading west are mixed with the death of a stranger in the same ward:

‘The lack of vanity in a corpse’ inevitably and intentionally jars with the imagery of the previous poem, ‘Lie Upon My Bed While I Die’, tinged with literary and theatrical references (‘Fagan’s thieves’, ‘the lost tribe of Israel’ and ‘harlequins/of an expressionist cine-film’) that testify the vitality of the poet’s imagination in spite of his contingent actual condition.

The title poem, ‘Rosary of Ghosts’, is central to the whole collection both for the skilful craft of the villanelle structure and the honest feelings it conveys about his broken body. The sense of obsession of the repeated lines (‘My skeleton is a ramshackle tin,/my body is no place to be stuck in’) with its stark striking images, echoes famous villanelles written by William Empson, Dylan Thomas and Sylvia Plath dealing with death and failure. There is a mistrust in his now wounded body and yet a necessity to cling to it in his struggle to survive.

In his exploration of the body, Tarbard tries to make sense of ‘the bony monsters’ and of his past ‘life without a body’, probably mainly concentrated on intellectual challenges and mental efforts. But now the body reclaims its place in his life, no more a healthy mechanism subservient to his mind but an essential part of his impaired condition that needs to be acknowledged.

Accepting this condition is difficult and he is ambivalent about it. At times it is a mistake to be alive (‘Quicksand of me’), or ‘two visions co-exist without knowing the other’ (‘Blinkered Motion’); and yet, the physical presence of his partner’s body awakes his energy again, ‘with lucent fingertips I stretch to touch your arse’ (‘Underneath the Covers’). Having sex proves that he is living in spite of the trauma he suffered, that his body still feels the other. Therefore, the body is finally seen as a vehicle of his desire, of his necessity to prove that he is alive, that he functions as a man, though ‘the dust grows thick between gnawed ribs’.

Death lingers in the last poems in spite of the brave struggle in which his body and his mind were engaged in the process of rehabilitation. The absence of a total recovery concludes this fascinating collection, a question mark for the future.