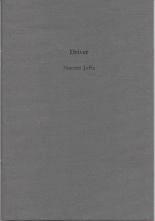 Peter Ualrig Kennedy finds there is so much to reward the reader in Naomi Jaffa’s riveting second collection of conversational and hard-hitting poems.

It will escape no-one’s attention that Naomi Jaffa is a name to conjure with; Director of the Poetry Trust until 2015, and author of acclaimed collection The Last Hour of Sleep (2003). The cover of Driver, this second collection, may be an undistinguished grey – but what con-tent! These poems (which are extraordinary in the sense of stunning, not bizarre) form a conversation between the poet and both herself and the reader.

‘Deal’ presents a clever conundrum of opposing feelings that we all may have experienced at some time or another, but will not perhaps have formulated so pithily as Jaffa does here.

The two poems that follow, ‘Daughter, Sister, Aunt’ and ‘Let’s Go Look at the Dead Pig’ are threnodies for childlessness. Counterbalanced by ‘Trouble’ which indeed is trouble, cleverly describing in its clipped manner a small problem (a small discontented nephew) in the extended family. Then a sudden shock, a real shock, in ‘Getting Together’; from where has this poem jumped up? Is it a real event, a nightmare, or an allegory? Or perhaps wishful thinking … surely not:

It’s a poem of callousness, of unknown men who, in the final lines, experience a terrifying relaxation as if they’ve just been out on a country walk or a rabbit hunt. Are they sadists, terrorists or hired killers?

Why does the next short poem ‘Pull’ end definitively with: “to cradle or wank”? Unusual. Look at the title and its double meaning, and understand the tension between recreational sex and procreative sex: “Baby or balls, / balls or baby –” I’m not sure, but that’s how I see it.

‘Merry Hell’ starts off “I have an embryo, in vitro, to keep / alive in a horse box I don’t know how / to drive and in which I attempt / steep steps of an auditorium.” An uncomfortable dream, it seems, and a mysterious one. A pair of traffic cops come to the rescue:

Well, yes. It’s an interesting diversion. The impressive realities of ‘Office Fire’ follow, dealing with the imperative of necessary decisions in a dangerous situation. There is further convincing realism in ‘Mindfulness Practice’ (dedicated to Tania Kindersley, who grew up with horses). Now I have never groomed nor owned a horse myself, and so this closely observed poem, in its enticing detail, shows me that I have missed something in life:

Taking Up Our Posts’ is a dour poem of the closeness of death, the good luck and the bad, with a tinge of black humour – or deadpan reportage:

‘Next Door’ encapsulates Naomi Jaffa’s perspective; it is a poem so honest that one sees where compassion stops and irritation takes over:

‘Violinist’ is an affecting little vignette in which Naomi and her mother are brought together, courtesy of YouTube, with her late father – who of course is Max – “come to join us, hovering / beside the screen, for a second / life perfectly triangular again.”

A few pages on is the title poem ‘Driver’, conflicted and dense with suppressed fury:

To persevere in the face of such scorn seems almost pathological. But then philosophy gets a huge look-in with ‘Sign’ (The owl of Minerva flies only at dusk). Just when the poet has finally decided: “At the start of the week I make it clear I’m leaving,” … an owl, “a big white wedge / of a bird” brings an understanding of what is the all too human tragedy of waking up to action in the nick of too late:

I like the way the whole poem, freighted with meaning, ends with a simple preposition, ‘of’; the poet is talking directly to us (or to herself) without pretension. She expresses a certain envy in ‘Marriage’, the poem which follows; she is in flight (literally – “When I boarded at Avignon with my lunatic / quantities of luggage …”) and encounters a short plump American: “and I’m certain she is happy with her husband …”

‘Time of My Life’ and ‘Good at Sex’ are both so confessional that it hurts; but there is a final accommodation in the last poem of all, ‘Poem for Wednesday’. Jaffa, seemingly a bit deflated by the “humpback of the week”, rouses herself:

I have not discussed poetic form at all in this review. The poems are free verse at its finest. The interest here, the fascination, is in the stories each one tells. Naomi Jaffa has produced a marvellous collection of sinewy poems that need to be read and re-read. And then read again. Highly recommended.